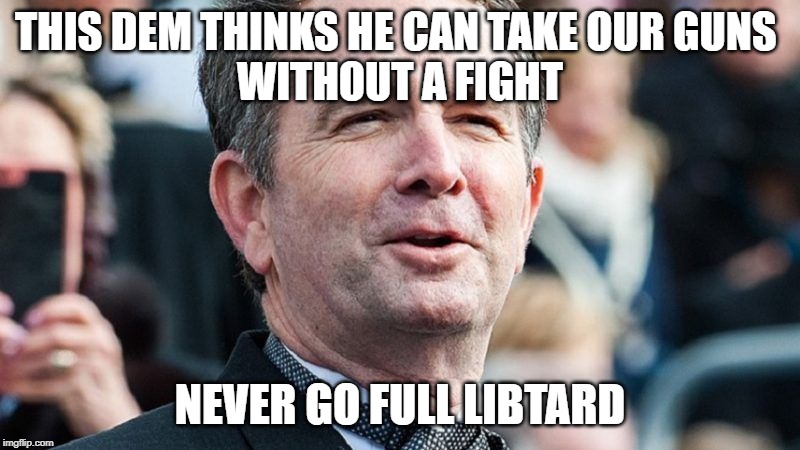 Virginia surely has stirred up a hornet’s nest.

West Virginia is asking counties to defect while other states start to organize their own 2A sanctuaries.

Is this the “Virginia Effect”?

Many are saying so.

After Virginia Governor Ralph Northam’s public attempts to clamp down on 2nd Amendment rights in Virginia, other states and counties are responding pre-emptively and going in the opposite direction.

Here’s more on the story, from local WDUN:

After months of discussion, the Habersham County Commission has voted to make the county Georgia’s first Second Amendment Sanctuary County.

“Whereas, it is the desire of the Habersham County Board of Commissioners to declare its support of the Second Amendment to the United States Constitution and to the provisions of the Constitution of the State of Georgia that protect Habersham County citizens’ induvial, inalienable rights to keep and bear arms,” the resolution reads in part.

The resolution prohibits any agent, employee or official of the county, or any corporation providing services to the county, shall provide material support or participate in any way with the implementation of federal acts, orders, rules, laws or regulations in violation of the Second Amendment of the United States Constitution.

Prior to the vote on the matter, Commission Chairman Stacy Hall read a letter of full support from 10th District State Rep. Terry Rogers and delivered a prepared statement.

“It is of paramount importance that we the people remind these legislators that their simple dislike of a constitutional amendment makes it no less constitutional and that we will not give those rights up easily,” Hall said. “The Constitution is not an aging, irrelevant document with increasing insignificance over time. Quite the contrary; it is the very fabric that this great country has woven together. It is a living, breathing document that protects us all from an overreaching and overbearing government.”

Commissioner Tim Stamey made the motion to adopt the Second Amendment Sanctuary County resolution, which was seconded by Vice Chairman Natalie Crawford.

One of the things that Dem gun grabbers fail to fathom is that every time they reach for our guns, they make people panic and buy more.

They are their own worst enemies.

They may not intend to be, but they are useful idiots of the right.

Here’s more of “The Virginia Effect”…

Northam achieved nothing for his side.

Here are the results, so far.

Northam is the definition of GOING FULL LIBTARD. 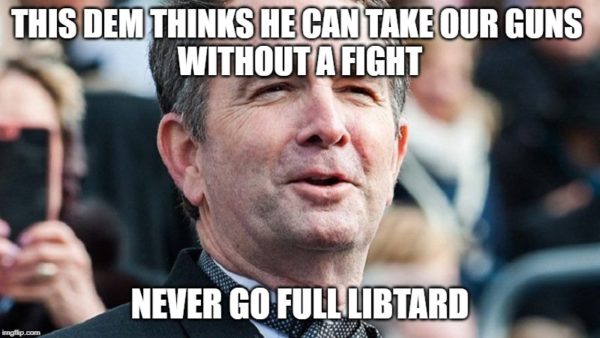