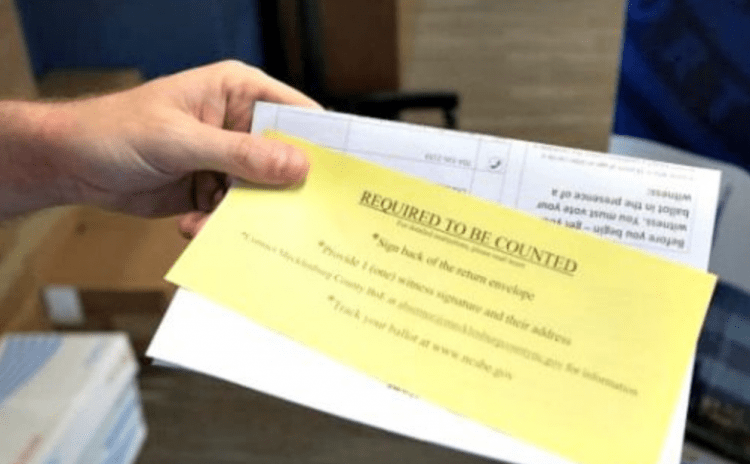 Shocker. NOT. The crooked party can’t win without cheating.

What is being done to keep the Presidential election 2020 safe? The whole of the GOP should be singular in this pursuit. Everything is ay stake – everything.

Georgia Secretary of State: 58% of Double Voters in June Primary Were Democrats

The Georgia Secretary of State said on Tuesday that 1,000 voters cast ballots twice in the state’s June primary, and 58 percent of them were cast for Democrats.

In Georgia, a voter must request a specific party ballot in the primary election.

“While the investigation is still ongoing, initial results show that of the partisan ballots at issue, approximately 58% were Democratic ballots,” a spokesman for Georgia Secretary of State Brad Raffensperger told Breitbart News.

Raffensperger’s office announced voting twice is a felony and those accused would be prosecuted to the fullest extent of the law.

The Secretary of State said the voters returned absentee ballots prior to the election and then showed up at their polling location on Election Day.

Many double-voters are able to be stopped, but county election officials “weren’t able to catch everyone,” the Atlanta Journal Constitution reported.

“A double voter knows exactly what they’re doing, diluting the votes of each and every voter that follows the law,” Raffensperger said.

“Those that make the choice to game the system are breaking the law. And as secretary of state, I will not tolerate it.”

Most of them were intercepted, but 1,000 double-voted.

Raffensperger said in past elections, absentee ballots accounted for five percent of all ballots. In the June primary election, 50 percent of votes were mailed in.