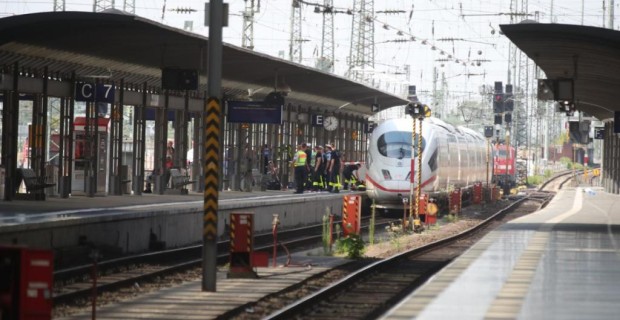 An 8-year-old boy was killed after being hit by a high speed train when a man of “African descent” pushed him and his mother onto the tracks this morning at Frankfurt’s main station.

The mother was able to save her own life by rolling into the gap between the tracks, but lost hold of her son who was killed by the InterCity Express (ICE) train, which can travel at speeds up to 186mph.

A 40-year-old man was arrested after the incident. Police say there is no connection between the alleged perpetrator and the victims.

“The mother was barely able to save herself. Passersby watched the attack and ran after the fleeing man, of African descent. He was arrested in the station,” police told BILD. Other reports confimed the man was Eritrean.

Witnesses say the man attempted to push another person onto the tracks and that the station was “full of children.”

Commuters at the station “howled” when they saw the incident and many required medical treatment after seeing the boy’s death.