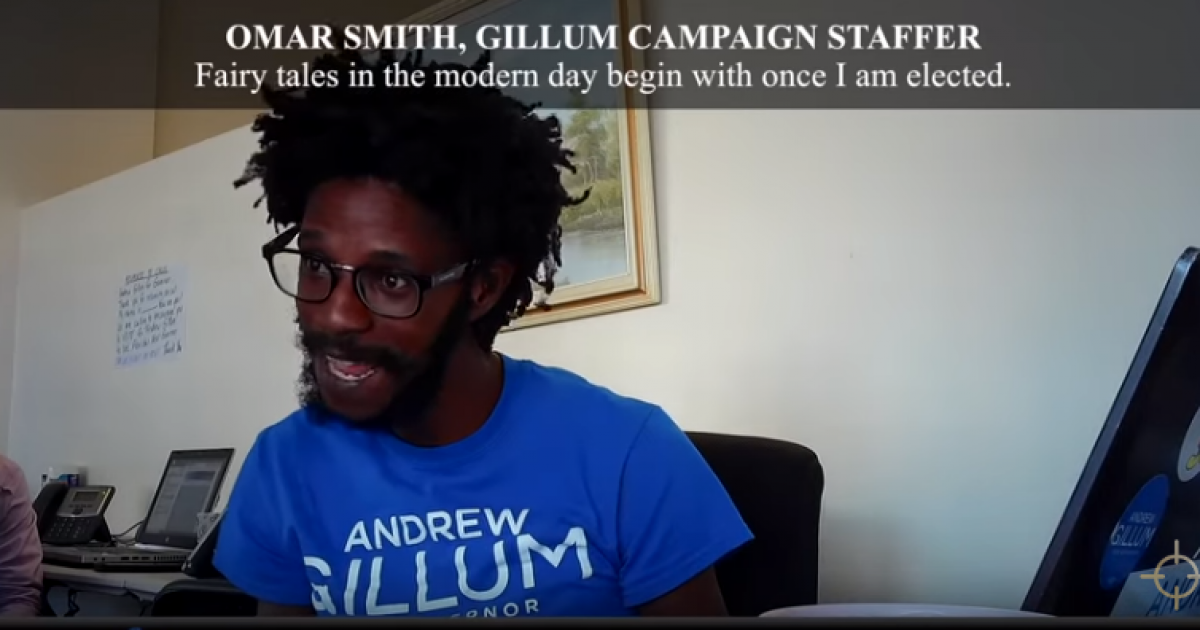 Florida is a ”F***** up…cracker state” according to one of Andrew Gillum’s campaign staffers. In another undercover video released by Project Veritas, we once again see that Democrats are hiding their true agendas just so they can get elected. Andrew Gillum is described by his own campaign staff as part of the Progressive “Crazy, crazy, crazies.” He also described Gillum’s agenda as a “fairy tale” that would never happen, and it wasn’t something that voters should know.

Omar Smith, a campaign staffer for Gillum, said that if elected, “None of the programs that people are hoping for would happen” but “that’s not for [voters] to know.”

“Gillum is a Progressive,” Smith continued. “He is a part of the crazy, crazy, crazies.”

Smith repeatedly referred to white people as “crackers,” saying that Florida is a F**ked up…cracker state,” and that the campaign has “to appeal to white guilt.”

It was also revealed by another staffer that Gillum is not a supporter of the 2nd Amendment.

“I do think he’s not saying specifically like I’m going to ban bump stocks or I’m against ARs, only because he’s running a race right now. I do think he would support anybody doing that stuff, Bill Nelson… But I don’t think he can say it just [be]cause he’s trying to get the moderates and the gun-toting people in North Florida.” Adrian Young, Florida Democrat Party worker

James O’Keefe confronted Smith after the video and asked him why he felt that voters shouldn’t know about the idea that Gillum’s agenda would never be implemented. He stated it was his “opinion.” The he asked for any other comments he’d like to make before the videos were published. Smith responded, “I’d rather you not publish the videos.”

This, along with an undercover video from the Kyrsten Sinema campaign show us that Democrats will lie to grab votes, especially when in a state that voted for Trump in 2016. And that “cracker” comment? That’s a whole different problem altogether.