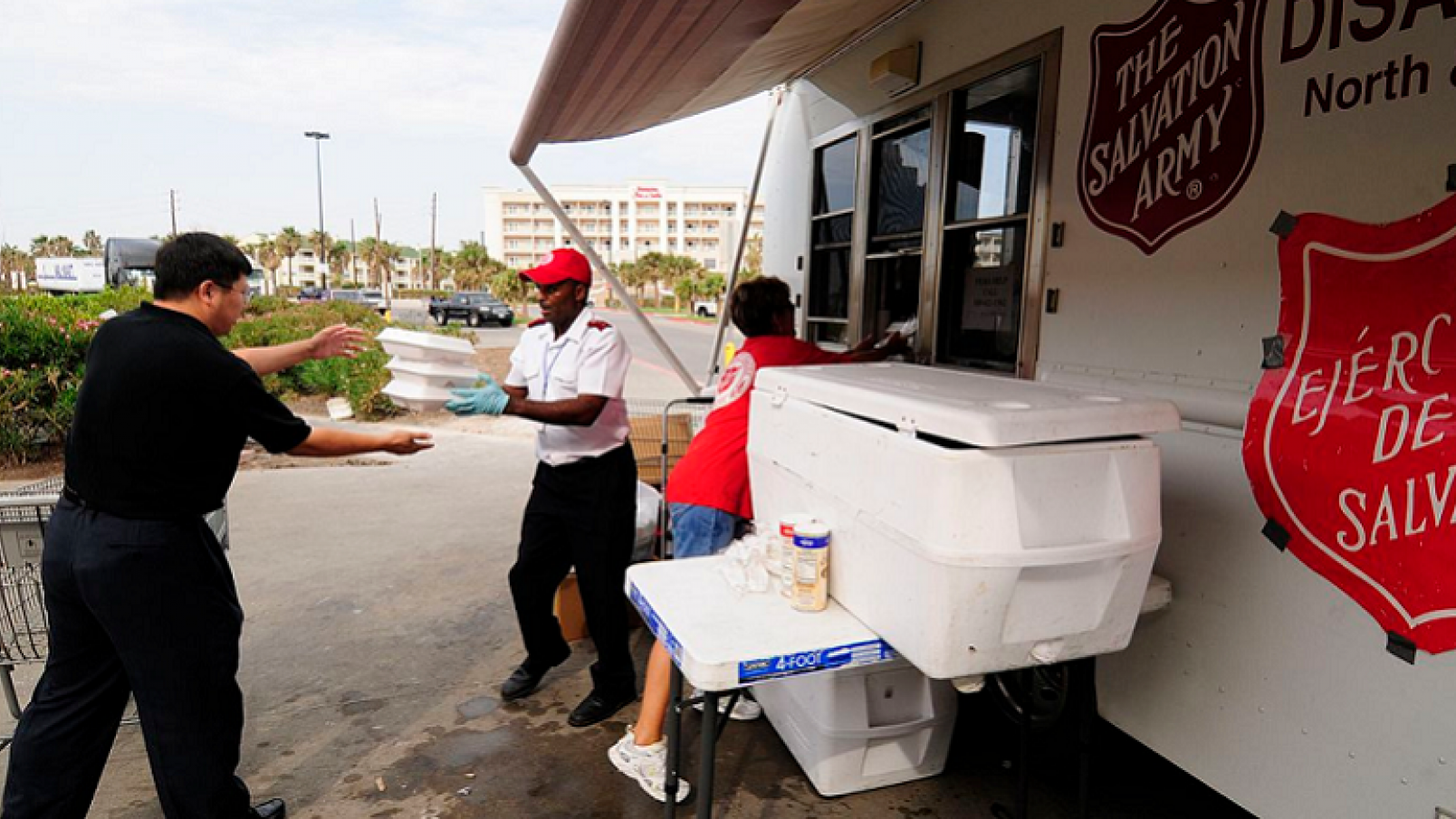 The San Antonio Airport was rated as the sixth worst airport in the country. So, the city fathers got together and decided to fix the airport by banning businesses that donate to the Salvation Army.

Or at least one business.

“San Antonio is a city full of compassion, and we do not have room in our public facilities for a business with a legacy of anti-LGBTQ behavior,” San Antonio Councilman Roberto Trevino declared, after blocking Chick-fil-A from opening at the airport.

Does Chick-fil-A prohibit homosexual people from buying chicken? No, but they donate to the Salvation Army.

Local media and ThinkProgress claimed that the move was in response to a report by the leftist anti-religious site accusing Chick-fil-A of giving charitable donations to groups with “anti-LGBTQ records”.

What are those groups? The Fellowship of Christian Athletes and the Salvation Army.

Specifically, the Chick-fil-A Foundation donated $1,653,416 to the Fellowship of Christian Athletes and $150,000 to the Salvation Army. The FCA was denounced by ThinkProgress for its “sexual purity” policy. And what did the bell ringers of the Salvation Army trying to raise money for the poor do wrong?

According to TP, the Salvation Army is an anti-homosexual hate group because it “at the time of the donations had a written policy of merely complying with local ‘relevant employment laws’” which “since changed to indicate a national policy of non-discrimination based on sexual orientation and gender identity.”

The standards for being an anti-homosexual hate group have really gotten low.

Two years ago, Chick-fil-A donated money to the Salvation Army, which had a policy of “complying with local ‘relevant employment laws’”, and must now be banned from the sixth-worst airport in America.

According to Councilman Roberto Trevino, San Antonio is a “city full of compassion” and therefore no company that donates money to the Salvation Army’s efforts to help the poor is allowed is the city.

Nothing says compassion like banning companies that give money to the Salvation Army.

In ancient times, there was a biblical city also starting with an ‘S’ whose city council so institutionalized cruelty to the poor that they terrorized any travelers who winged their way through their ‘airport’.

Today, it doesn’t have an airport. It does have a pillar of salt.

San Antonio’s crackdown is especially bizarre since the Salvation Army is a popular destination for corporate gifts. Major donors include American Airlines, Delta, FedEx and UPS all of whom, hopefully, operate in the sixth-worst airport in America. Does San Antonio Airport plan to ban Delta flights?

The Salvation Army has a major presence in San Antonio running shelters and helping seniors. It’s scheduled for an event with former First Lady Laura Bush in San Antonio in May. Just not at the airport.

But this story of politically correct cruelty to the poor and religious discrimination gets even worse.

“I want the first thing see is a San Antonio that is welcoming and that they not see … a symbol of hate,” Councilman Manny Pelaez ranted. “I don’t want a restaurant that isn’t available on Sunday either.”

The first thing that Christians will see in the sixth-worst airport in America is that they aren’t welcome.

“There are many people in the community that are uncomfortable with Chick-fil-A,” Nirenberg rambled. “Have you ever tried to buy waffle fries on a Sunday? They’re closed! Fifteen percent of sales generated in the airport come on a Sunday.”

Chick-fil-A is anti-homosexual and should be banned. Also, they don’t let me buy their waffle fries on Sunday.

Chick-fil-A opponents like Nirenberg and Pelaez seized on the ‘Sunday’ excuse because it sounded better than banning the eatery from the airport because it donated to the Salvation Army. But Chick-fil-A’s policy of closing on Sundays is a reflection of its founder’s Christian beliefs. San Antonio’s move is the equivalent of punishing an Orthodox Jew for closing on the Sabbath. And is completely illegal.

San Antonio’s council violated its own laws, the laws of Texas and the laws of the United States.

Councilman Roberto Trevino claimed that by engaging in religious discrimination, “the City Council reaffirmed the work our city has done to become a champion of equality and inclusion.”

Discrimination is the opposite of equality and inclusion. And now San Antonio is in trouble.

“The City of San Antonio’s decision to exclude a respected vendor based on the religious beliefs associated with that company and its owners is the opposite of tolerance,” Attorney General Paxton warned, opening an investigation into the city’s illegal discriminatory conduct.

The Trump administration’s Department of Transportation has also been encouraged to take a look.

“Today, the free exercise of religion has ceased to be a guaranteed right in America. Instead, it has become a battlefield,” David Horowitz wrote.

It’s only fitting that San Antonio, the home of the Alamo, should once again be the battlefield of the war for America’s freedoms. And before coming after freedom, Trevino and the bosses came for the Alamo.

The last time, Roberto Trevino and San Antonio’s leadership had disgraced itself this thoroughly was during the campaign to vandalize the Alamo site and move the Cenotaph. Back then, Trevino had claimed that the goal was breaking down the divisions caused by the Alamo story.

“We can tell stories without making any one group of people feel like they’re villains,” Trevino had whined. “This is a complex story. Even our heroes are flawed, and I think it’s a time to show that humanity is complex.”

First, they came for the Alamo and then for the First Amendment.

Around that same time, Councilman Trevino’s office was accused by his former council aide of abusing taxpayer resources by assigning campaign activities during working hours. Our heroes may be flawed. But we do have villains. And they, like Trevino, are more than just flawed. They are evil. And hate good.

Punishing a popular eatery for donating to the poor isn’t the behavior of flawed people, but of villains. The villainous religious discrimination championed by Trevino, Nirenberg and Pelaez is un-American.

Councilman Roberto Trevino can’t be satisfied with vandalizing the Alamo and instead decided to also trash the First Amendment. San Antonio has enacted discrimination in the name of fighting discrimination. Chick-fil-A was not discriminating against anyone in San Antonio. Its crime was donating to religious organizations whose views about morality and decency, Trevino didn’t like. Or perhaps he hated their policy of helping the poor, providing shelter to families in need and offering disaster relief.

In San Antonio, as in another ancient city starting with an ‘S’, cruelty is called compassion, intolerance is justified as inclusion, and banishing religious people is depicted as the conduct of a welcoming city.

When everything is this upside down, it’s hard to know just how upside-down San Antonio is.

To paraphrase Sinclair Lewis, when intolerance comes to America, it will be wrapped in inclusion and diversity. And it will land at the sixth-worst airport in America where the flights are always late, the seats smell like stale beer, and the only thing dirtier than the toilets are the agendas of the council members.