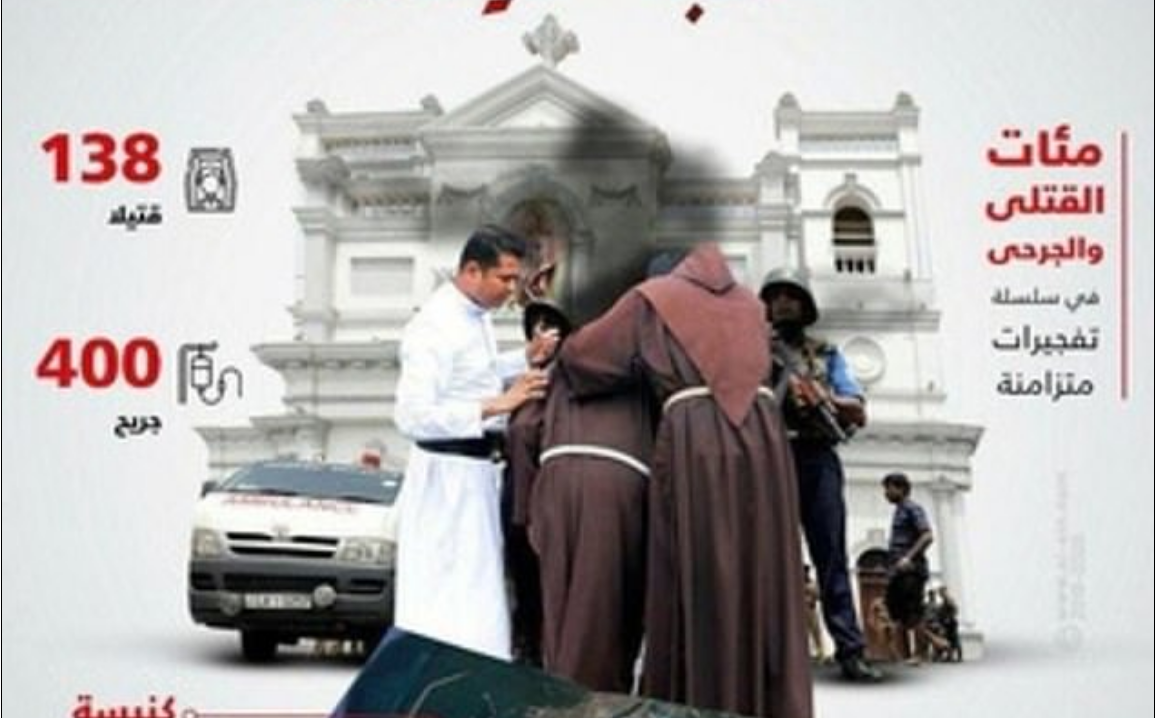 Vile, inhuman, evil. And yet no matter how many die in the cause of Allah or how many gloat – nothing changes.

Islamic State supporters are celebrating the Sri Lanka suicide bombings which killed 290 people on Easter Sunday and left around another 500 injured.

Fanatics were also said to be praising the terror attacks as revenge for the Christchurch mosques shooting.

No group has officially claimed responsibility for the blasts at five-star hotels and churches but Sri Lankan police say a previously unknown Muslim extremist group were the subject of an intelligence warning ten days before. 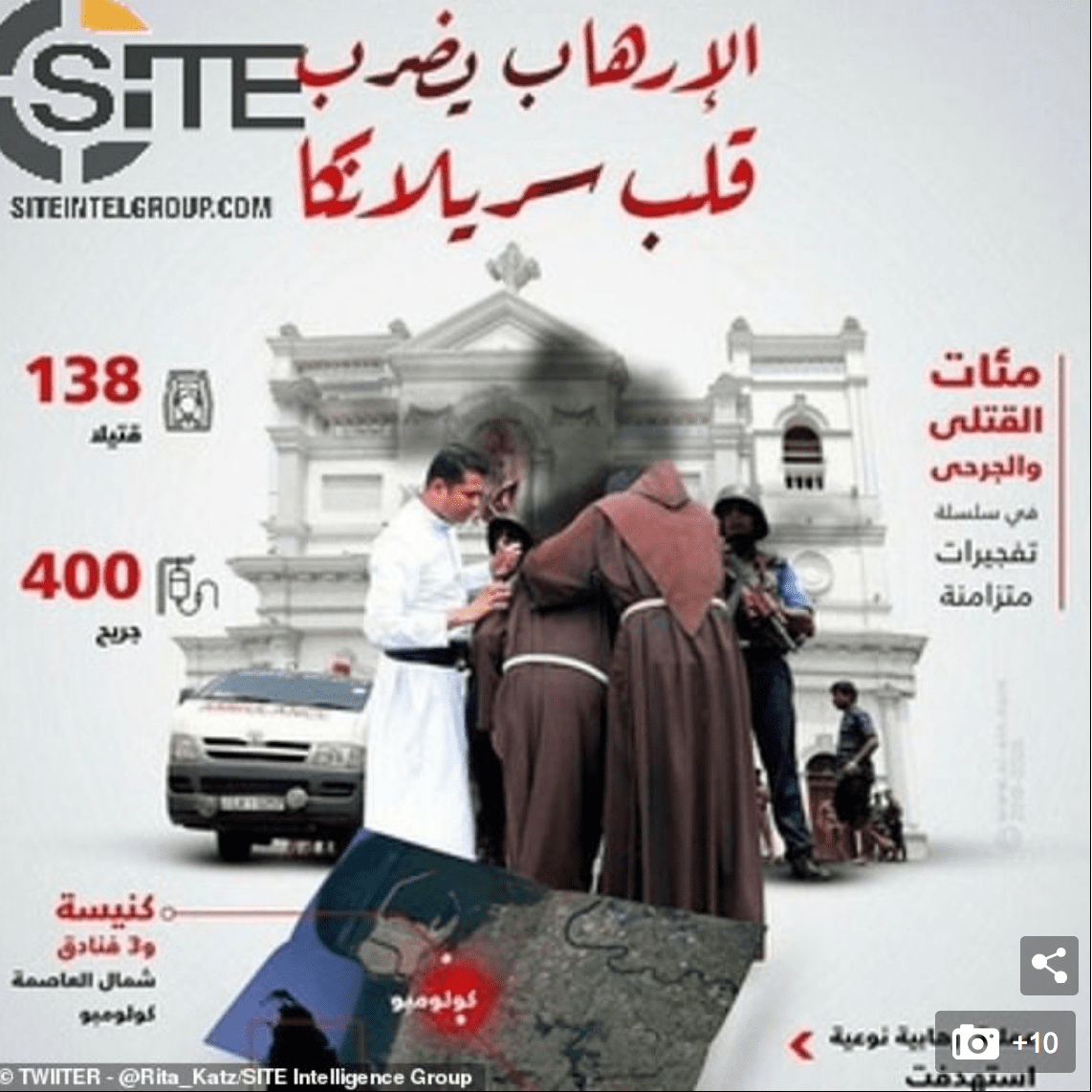 ISIS militants marching in Raqqa, Syria, in 2014. This year the fundamentalists were driven from the last land they occupied but security experts have warned of ‘pop up’ terror cells

A view of St. Sebastian’s Church, which was damaged in the blast in Negombo, north of Colombo, on Sunday morning

Ms Katz said IS media channels were ‘posting rampantly’ about the blasts and praying ‘may Allah accept’ the suicide bombers.

She claimed that the online praise indicated the group may be preparing to take responsibility for the attacks.

A map showing where the eight blasts went off, six of them in very quick succession on Easter Sunday morning

‘While such a claim may frame the op as revenge for New Zealand, this was likely planned long before,’ she said.

Australian born Brenton Tarrant is facing 50 counts of murder and 39 counts of attempted murder after opening fire on two mosques in Christchurch on March 15.

Fighters from Sri Lanka have been mentioned in ISIS ranks and the country would be ‘easily accessible’ for fanatics, Ms Katz said.

Several Sri Lankan Muslims from ‘well-educated and elite’ families were known to have joined the terror group in Syria, according to Reuters.

The attacks follow just weeks after ISIS launched a global military initiative branded the ‘Revenge Invasion’ as payback for the loss of their territory in Syria.

Police have so far arrested 13 people over the Sri Lanka attacks, describing those in custody only as ‘religious extremists’.

Ten days ago, according to documents seen by the AFP new agency, Sri Lanka’s police chief Pujuth Jayasundara issued an intelligence alert to top officers warning Islamist suicide bombers planned to hit ‘prominent churches’.
A crime scene official inspects the site of a bomb blast inside a church in Negombo, Sri Lanka, which lost half its roof tiles with the force of the blast
+10

A crime scene official inspects the site of a bomb blast inside a church in Negombo, Sri Lanka, which lost half its roof tiles with the force of the blast
Security forces inspect the St. Anthony’s Shrine after an explosion hit St Anthony’s Church in Kochchikade in Colombo
+10

‘A foreign intelligence agency has reported that the NTJ (National Thowheeth Jama’ath) is planning to carry out suicide attacks targeting prominent churches as well as the Indian high commission in Colombo,’ the alert said.

The NTJ is a small radical Muslim group in Sri Lanka which has no history of mass fatal attacks, but came to prominence last year linked to the vandalism and desecration of Buddhist statues.

Prime minister Ranil Wickremesinghe admitted that information about the attacks had been received in advance but denied having direct knowledge himself.

‘We must look into why adequate precautions were not taken. Neither I nor the ministers were kept informed,’ he said following intense anger in the community.

Manisha Gunasekera, the Sri Lankan High Commissioner to the UK, has said eight British nationals were killed in the attacks.