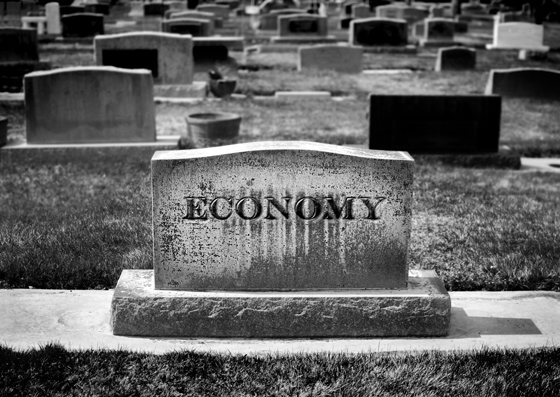 The world is awash in debt – some $233 Trillion is currently outstanding on a global scale. And though stock markets have seen unprecedented growth in recent years, cracks have started to appear. Just this week analysts at Goldman Sachs warned that a crash is coming, a sentiment echoed by JP Morgan Chase, which recently said that the next economic collapse could very realistically lead to social unrest and chaos on the streets of America that has “not been seen in half a century.”

Patrick Donnelly, a director at Harvest Gold Corp, suggests that it won’t be long now. In an interview with SGT Report Donnelly warns that the day of reckoning is rapidly approaching:

You look at a country like Canada, the United States or China… the amount of debt is just staggering…

…For these tech stocks, the valuations we’ve seen… the multiples they trade at are ridiculous.

There’s no question that what goes up must come down, and given that stock market growth over the last decade has been fueled not by revenue and profit, but by central bank money printing, the coming crash will send shockwaves across the globe.

The crash of 2008 will look like a small correction compared to what’s coming next.

And when the bottom finally falls out amid panic selling unlike anything we’ve ever witnessed before, Donnelly says that capital will begin to flow into historical safe haven assets of last resort.

Gold has always been used as a store of value or protection against inflation. We’ve seen a lot of volatility lately with inflation in emerging economies and concerns over the trade wars happening globally… and everyone’s flocking to the U.S. dollar.

Yet, the U.S. government has trillions of dollars of debt… At what point does the global economy become concerned about this debt load and therefore undermines the credibility of the dollar?

They’re going to go back to gold. That’s the place to be. The fundamentals are astronomical.

It’s a view likely shared by big banks like JP Morgan, which recently announced it will no longer be placing short bets that silver will be going down, while at the same time stockpiling literally hundreds of millions of ounces of precious metals in their vaults.

Perhaps they know something.

The closing of the shorts means they have to cover it all and that’s a lot of silver. People don’t realize it but the silver [and gold] market are not large markets. So, it’s not going to take much to move it.

While some may be touting recent economic numbers as proof of a healthy and growing economy, the fact is that U.S. financial markets are more overvalued today than ever before.

This time is different, of course, and infinite growth is a foregone conclusion for many investors. But those who see the writing on the wall know what happens next and it won’t be pretty.

We’re starting to see currencies being debased because of all this… and eventually the markets will flock to hard assets.

Translation: You’re going to want to consider gold and silver as protection for the next major global crash.