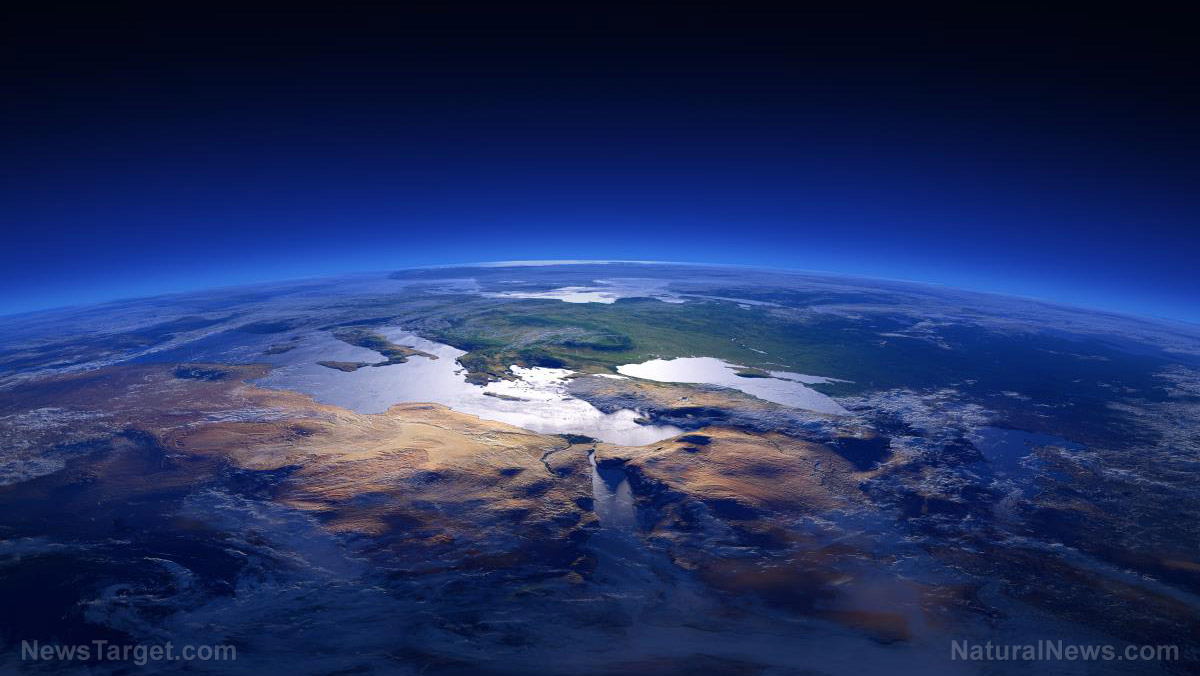 (Natural News) When the NY Times, Washington Post, CNN and other fact-challenged news outlets reported a few months ago that the oceans were warming at a catastrophic rate due to climate change, they all missed a glaring math error in the original science paper.

The paper, co-authored by Ralph Keeling of the Scripps Institution of Oceanography, was published in the science journal Nature. It erroneously claimed that ocean temperatures were skyrocketing at a rate that was 60 percent higher than the IPCC’s known rate of ocean temperature trends. But the paper suffered from a glaring mathematical error that has since been exposed.

This erroneous conclusion was immediately seized upon by the left-wing media to claim that Trump was destroying the world by promoting fossil fuels which were causing so much warming that the world would soon come to an end.

“Independent climate scientist Nicholas Lewis has uncovered a major error in a recent scientific paper that was given blanket coverage in the English-speaking media,” reports WattsUpWithThat.com, a fact-checking website that exposes the quack science behind global warming and climate change. “The paper… claimed that the oceans have been warming faster than previously thought. It was announced, in news outlets including the BBC, the New York Times, the Washington Post and Scientific American that this meant that the Earth may warm even faster than currently estimated.”

But Nicholas Lewis, an independent mathematician who fact-checks the flawed science of the climate change propagandists, found a glaring error that renders the entire conclusion of the paper — and all subsequent media reports — to be completely false.

As he writes on NicholasLewis.org (PDF):

The findings of the Resplandy et al paper were peer reviewed and published in the world’s premier scientific journal and were given wide coverage in the English-speaking media. Despite this, a quick review of the first page of the paper was sufficient to raise doubts as to the accuracy of its results.

Just a few hours of analysis and calculations, based only on published information, was sufficient to uncover apparently serious (but surely inadvertent) errors in the underlying calculations. Moreover, even if the paper’s results had been correct, they would not have justified its findings regarding an increase to 2.0°C in the lower bound of the equilibrium climate sensitivity range and a 25% reduction in the carbon budget for 2°C global warming.

But perhaps that is too much to hope for.

Although Nicholas Lewis publicly states that the glaring error in the original paper must have been inadvertent, most honest assessments of this junk science sorcery conclude that the “error” was deliberate deception.

Climate change scientists know full well that the dishonest media will gladly report fake science as factual and true as long as it promotes their climate change disinformation agenda. They don’t care if the facts check out. All they care about is whether President Trump can somehow be blamed (and Al Gore can be celebrated as a god, even though he knows nothing about real atmospheric science).

Scientific facts are of zero interest to the media, which is almost entirely run by “journalists” who are scientifically illiterate and wouldn’t know what a “least squares linear trend” is if their life depended on it.

In my analytical lab science work, we operate with multiple-point linear and non-linear fits all the time, dealing with quadratic curve fits, linear fits that exclude zero, linear fits with forced zero, fits with 1/x bias, etc. This is all basic science, yet every single journalist in the so-called “mainstream media” had zero interest in finding out whether this published science paper was actually true or not. In fact, left-wing media journalists are incapable of understand real science… or even numbers, for that matter.

As you can see in the chart below, the red line is the dishonest linear fit pushed by the quack science media. The blue line is the correct fit — using a least squares linear fit — and it shows no real change at all in the trend of ocean warming: 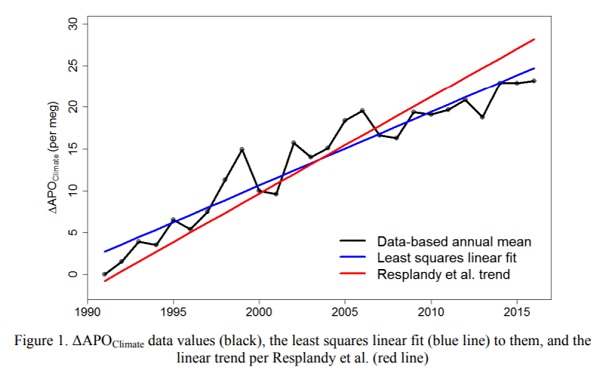 If you are a dishonest, scientifically illiterate left-wing journalist, you report the red line and scream about the end of human civilization caused by warming oceans. But if you’re a normal, intelligent person, you know the blue line is actually the best fit for these data.

Then again, climate alarmists aren’t interested in reporting any actual facts rooted in real science. They’re only interested in terrorizing the world population with fake science while demanding everybody pay a few trillion dollars to Al Gore and his climate skimmers, who all stand to earn insane profits by charging nations for the “right” to produce carbon dioxide.

I consider myself an unprejudiced person and to me these facts are obvious. But the same facts are not obvious to the majority of scientists and politicians who consider carbon dioxide to be evil and dangerous. The people who are supposed to be experts and who claim to understand the science are precisely the people who are blind to the evidence. Those of my scientific colleagues who believe the prevailing dogma about carbon dioxide will not find Goklany’s evidence convincing. I hope that a few of them will make the effort to examine the evidence in detail and see how it contradicts the prevailing dogma, but I know that the majority will remain blind. That is to me the central mystery of climate science. It is not a scientific mystery but a human mystery. How does it happen that a whole generation of scientific experts is blind to obvious facts? In this foreword I offer a tentative solution of the mystery.

The climate change delusion, in other words, is a kind of irrational denialism by the scientific establishment which has destroyed its own reputation by refusing to embrace real facts. Instead, the quack scientists of climate change are pushing a political agendaand dressing it up to look like science, when in reality it isn’t science at all.

Dyson goes on to explain:

There are many examples in the history of science of irrational beliefs promoted by famous thinkers and adopted by loyal disciples. Sometimes, as in the use of bleeding as a treatment for various diseases, irrational belief did harm to a large number of human victims. George Washington was one of the victims. Other irrational beliefs, such as the phlogiston theory of burning or the Aristotelian cosmology of circular celestial motions, only did harm by delaying the careful examination of nature. In all these cases, we see a community of people happily united in a false belief that brought leaders and followers together. Anyone who questioned the prevailing belief would upset the peace of the community.

Dyson is going to be waiting a very long time, of course, for scientists to open their eyes and look at the evidence. That’s because climate change has never been about the evidence. It remains solely about the political power to be found in condemning carbon dioxide as an atmospheric poison when it’s actually planet Earth’s most important life-giving nutrient for plants, forests and food crops.

The climate change cultists, in other words, are not scientists. They are propagandists posing as scientists, but since their conclusions support the quack science dogma of the globalists who seek to enslave humanity under a scientific dictatorship, they go along with it.

If you want to read the full report by Indur Goklany that’s being described here by Freeman Dyson, you can find it at this link (PDF) from the Global Warming Policy Foundation.

When scientists like Dyson find the courage to speak out against the climate change nonsense, it’s a sign that things are beginning to turn. It’s no longer just the Health Ranger and other independent scientists who are exposing the lunacy of the climate change narrative; it’s now some of the most celebrated personalities in the institutions of modern science.

Learn the truth about climate science at Climate.news or Science.news.