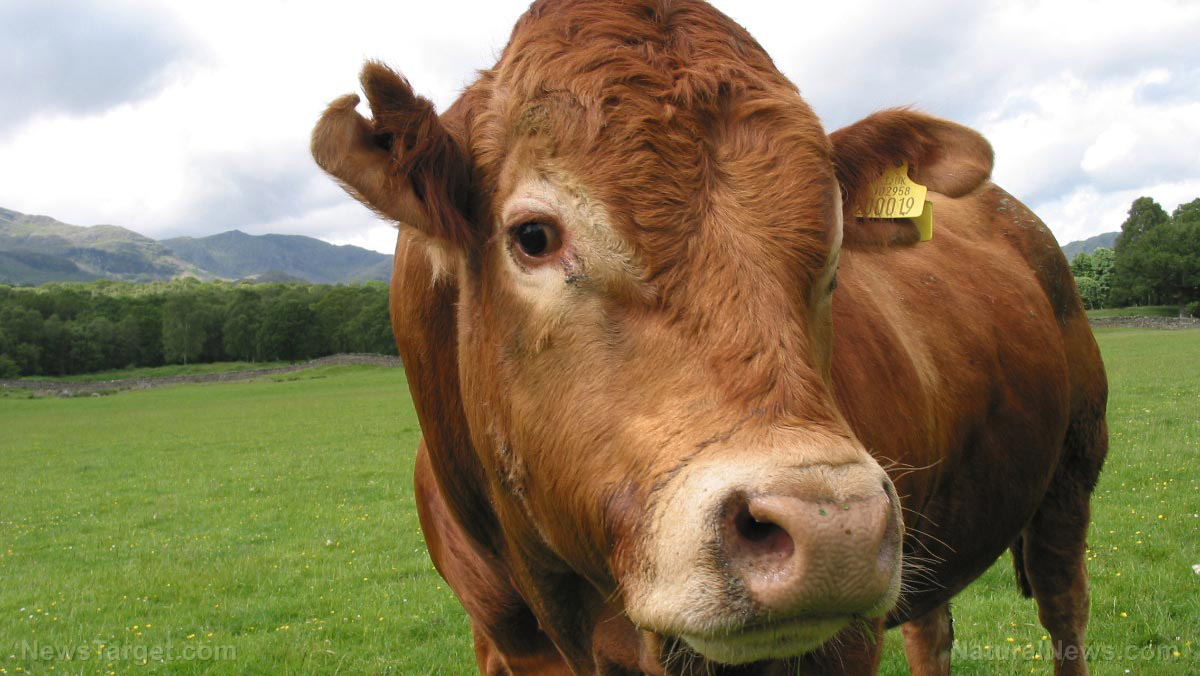 (Natural News) While the world is distracted by the Russia-Ukraine conflict, the U.S. Food and Drug Administration (FDA) has quietly approved gene-edited (GMO) animals to enter the food market.

Brazil was going to allow a herd of Recombinetics’ gene-edited cattle to enter its food market back in 2019. However, that plan was scrapped after “unexpected DNA changes” were discovered.

As usual, long-term safety studies on the gene-edited cows and their meat have never been conducted. But when has a lack of science ever stopped the FDA from approving deadly new products from the biotechnology industry?

Thanks to FDA corruption, and a lack of input and protest from Americans, the world’s first gene-edited burgers could be hitting American dinner plates in as little as two short years.

“This is the FDA’s first low-risk determination for enforcement discretion for an IGA [intentional genomic alteration] in an animal for food use,” the FDA proudly announced.

“There are conventionally bred cattle with naturally-occurring mutations that result in the same extremely short, slick-hair coat. Reports in scientific literature indicate that cattle with this extremely short, slick-hair coat are potentially able to better withstand hot weather. Cattle that are comfortable in their environment are less likely to experience temperature-related stress and may result in improved food production.”

As long as Americans continue letting it happen, the FDA will continue approving GMO animals and slipping it into the food supply

The FDA will approve almost anything, just so long as you have enough cash to pay off the corporate whores who work at the corrupt agency.

All of this continues to happen while Americans are distracted with media propaganda, TikTok videos, and general hedonism, which has become the country’s new religion.

As for the gene-edited cows, CRISPR, or Clustered Regularly Interspaced Short Palindromic Repeat, gene-editing technology was used to make the alterations.

“CRISPR has been associated with unintended mutations that may not immediately be apparent, a concerning prospect since the genetic alterations are passed on to offspring,” reports The Defender.

“The FDA, however, is allowing the technology to proceed anyway, stating that because it does not expect facilities producing PRLR-SLICK cattle using conventional techniques to register with them, it would not expect Recombinetics to do so either.”

CRISPR basically brought science fiction to life by allowing mad scientists to cut and paste DNA fragments in an attempt to create new Frankenstein-like monstrosities. The potential implications for public health are staggering.

“Gene-edited foods have already been released into the food supply, but their safety is largely unknown, as gene editing isn’t a perfect science,” The Defender further reveals.

“Unintentional off-target edits could cause changes to plant DNA, with consequences that could include growth disturbances, exposure to plant diseases or the introduction of allergens or toxins.”

“For now, the best way to avoid gene-edited foods, if you so choose, is to purchase organic and, even better, biodynamic foods,” says Dr. Joseph Mercola.

More related news about the corrupt FDA can be found at FDA.news.