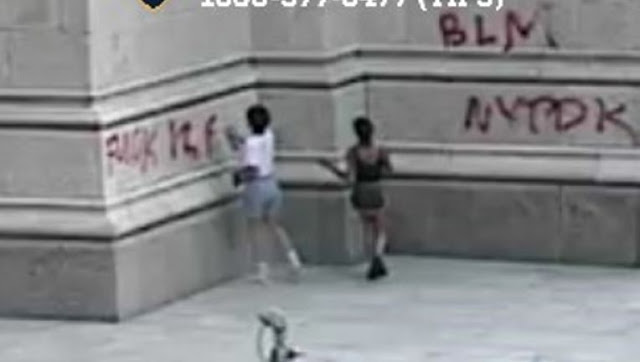 The assault on St. John’s Episcopal Church by radicals and racists was the ugliest moment of the D.C. riots. Not only was the famous 204-year-old church, which every president since Madison has attended, sprayed with graffiti, but some of the thugs even tried to burn it down by starting a fire in its basement.

The attack and President Trump’s subsequent visit to the ‘Church of Presidents’ captured the attention of a nation. But what happened to St. John’s was not an aberration. The Black Lives Matter and Antifa riots have been associated with attacks on churches and synagogues across the United States.

The victims of New York City’s leftist riots included St. Patrick’s Cathedral as the venerable 142-year-old building was defaced with obscenities and the three letters BLM for Black Lives Matter, along with “George Floyd” and “No Justice, No Peace”. 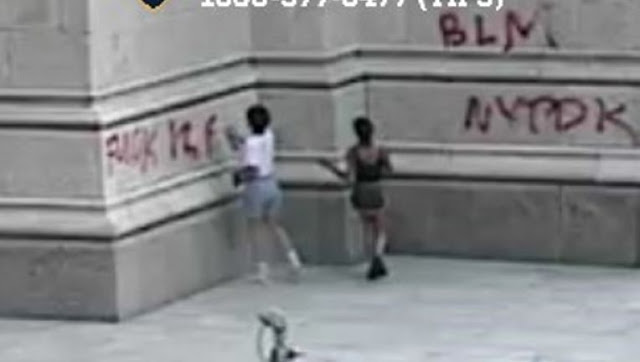 In Richmond, Virginia, Beth Ahabah, a 225-year-old Reform Jewish congregation, had the windows in its grand 116-year-old building smashed by rioters. The building is now covered over with plywood. St. Paul’s Episcopal Church, a 175-year-old building, also in Richmond, was defaced with graffiti. Finally, rioters in Richmond broke the windows of the West Broad Church of Christ, an African-American congregation. They left intact the one pane of glass reading, “Welcome”.

Some of the nationwide vandalism of churches and synagogues featured generic Black Lives Matter slogans, but some had hateful messages that were specifically targeted to the houses of worship.

The Cathedral Basilica of the Immaculate Conception in Denver, a 108-year-old building, was at the center of some of the local riots, including the hit-and-run of three Denver police officers, and suffered permanent damage. The walls were also vandalized with graffiti reading, “Pedofiles” and “God is dead”.

Some of the windows of the facility were broken and the gates were badly damaged.

Elan Carr, the Special Envoy to Monitor and Combat Anti-Semitism, visited the synagogue, and stated, “This graffiti is yet more evidence that anti-Zionism is Antisemitism.”

The hateful messages that defaced the Denver cathedral and the Los Angeles synagogue were leftist in ideology. They also had nothing to do with racism or any of the imaginary causes of the riots. Instead they are evidence that the radicals are settling their pre-existing grudges with churches and synagogues.

The largest sustained burst of synagogue vandalism took place in Los Angeles. The Fairfax area, home to both leftist hipsters and traditionalist Orthodox Jews, was heavily targeted by the rioters who, in addition to looting stores, defaced multiple synagogues, including the aforementioned Congregation Beth Israel, Beit Medrash Kehilat Yaakov (Congregation of Jacob), the synagogue of Rabbi Gershon Bess, the most important Jewish religious leader in the city, as well as Congregation Tiferes Tzvi and the Young Israel of Hancock Park. Three religious schools, Bais Yaakov School for Girls, Bnos Devorah High School, and Ohr Eliyahu Academy, were also vandalized.

Rioters tried to deface the Shaarei Tefila (Gates of Prayer) synagogue in the area, but members of Magen Am, a security organization protecting houses of worship, whose instructors include former IDF and Navy SEAL members, protected the synagogue from being vandalized by the leftist rioters.

Some of the ugliest graffiti was reserved for the Baba Sale synagogue of Moroccan Jewish refugees named after the Rabbi who had helped lead Moroccan Jews out of the Muslim country and to Israel.

Not only did the racist thugs spray paint “BLM” on it, but also added, “f___ pigs” and “help minorities”.

The congregation, which had reopened, is now closed.

Some of the looting and violence came as Jews were celebrating the holiday of Shavuot, which commemorates the Ten Commandments being given by God to the Jewish people at Mount Sinai. Many Jewish store owners were unaware of the pogrom being carried out against their houses of worship and businesses. And there is at least some evidence that the pogromists were deliberately targeting Jews.

A local milliner reported cars driving down the street and screaming, “F___ Jews”.

Rioters also targeted Our Lady of Mt. Lebanon-St. Peter Cathedral, a Maronite Catholic church in Los Angeles. The 83-year-old cathedral is also home to a middle eastern refugee congregation. And the Black Lives Matter bigots reminded them of the persecution that they had fled by scrawling, “Kill All Cops” and “Make America Pay for its Crimes Against Black Lives” on its iconic exterior.

In Dallas, the Saint Jude Chapel in Downtown Dallas had its windows smashed in with rocks.

“They probably didn’t even know this was a church. And that’s just some glass. Who cares,” Father Jonathan Austin insisted. “I’m with them 100 percent.”

While the Saint Jude doesn’t quite look like a traditional church, the words, “Saint Jude Catholic Chapel” above its entrance are very clear and impossible to miss.

The Cathedral of the Assumption, the fourth oldest building in Louisville, and the third oldest Catholic Cathedral in regular use in this country, suffered damage when rioters shattered the windows of its rectory. The historic building’s facade is now covered with plywood boards.

In Santa Rosa, a window in the Unitarian Universalist Congregation was smashed in.

One of the more serious radical attacks on houses of worship took place in Little Rock, Arkansas when a fire at the Lewis Street Church of Christ burned through the roof.

In Minneapolis, where all the hate and rage began, the 106-year-old Basilica of Saint Mary, the first basilica in the country, suffered fire damage when a fire was started under a pew.

And in St. Paul, the Church of St. Mark was tagged with graffiti.

There are also reports that numerous other churches and synagogues have been defaced.

While the media has tried to pretend that the assault on St. John’s Episcopal Church was an accident or an aberration, the sheer number of incidents from New York City to Los Angeles make it clear that the Black Lives Matter and Antifa riots displayed a nationwide pattern of targeting houses of worship.

These attacks tried to destroy the physical symbols of faith and to demoralize people of faith.

That is what the Left has always done.

The Left infiltrates churches and synagogues, but it is its own religion. Its faith is not directed toward any power higher than government, its prayers are uttered in regulations and academic papers, its theology is practiced by smashing glass and shattering doors, and churches and synagogues have always been its targets. When its stormtroopers are loosed in the streets, they go to war against those who believe.

What happened in Washington D.C., in Los Angeles, in New York City, in Minneapolis, and in cities across America, was the latest expression of the hatred of the radicals and racists for any other belief system.

There is an inquisition in America today. And it punishes heresies, such as proclaiming that all lives matter, or believing in anything other than social justice, with social pressure, loss of work, and force.

What the theorists who would be gods hate above all else is those who reject them and believe in God.

Daniel Greenfield is a Shillman Journalism Fellow at the David Horowitz Freedom Center. This article previously appeared at the Center’s Front Page Magazine.
Click here to subscribe to my articles. And click here to support my work with a donation.
Thank you for reading.

Churches in the News