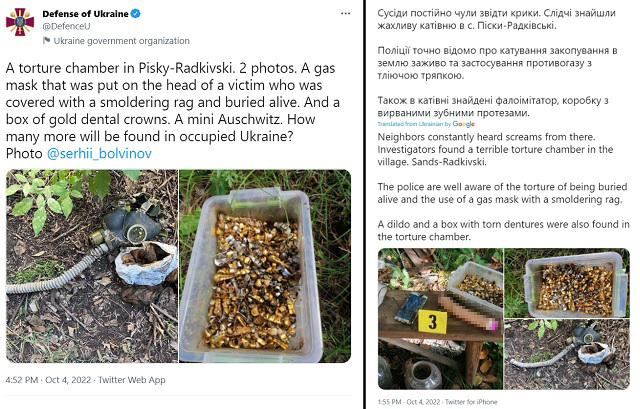 The Ukrainian Defense Ministry on Tuesday posted a photograph of a box of “gold dental crowns” they claimed were extracted from Ukrainian victims in a “torture chamber” in Pisky-Radkivski they dubbed a “mini Auschwitz.”

“A torture chamber in Pisky-Radkivski,” the Ukrainian Defense Ministry tweeted. “2 photos. A gas mask that was put on the head of a victim who was covered with a smoldering rag and buried alive. And a box of gold dental crowns. A mini Auschwitz. How many more will be found in occupied Ukraine?”

A torture chamber in Pisky-Radkivski. 2 photos. A gas mask that was put on the head of a victim who was covered with a smoldering rag and buried alive. And a box of gold dental crowns. A mini Auschwitz. How many more will be found in occupied Ukraine?
Photo @serhii_bolvinov pic.twitter.com/So4glJlt9N

The story was spread to millions by Ukrainian officials and media outlets like The Telegraph and The Independent.

This is a box with extracted gold teeth, which was found in a terrible torture chamber in the village Pisky-Radkivski, liberated from Russians. Local residents told police that they constantly heard screams from there.
Doesn't remind you of anything from the past history? pic.twitter.com/LA9GHFv1aY 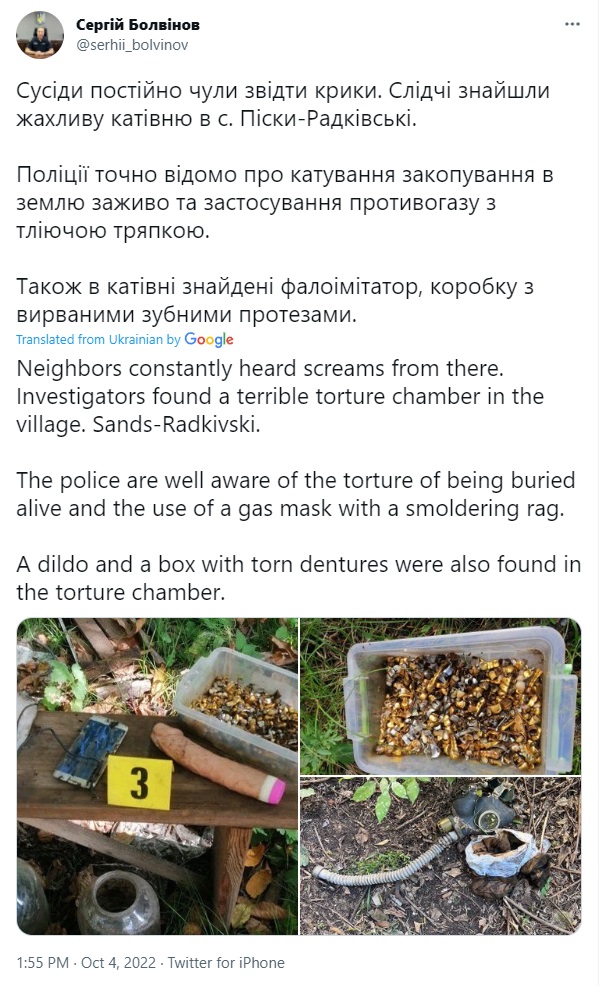 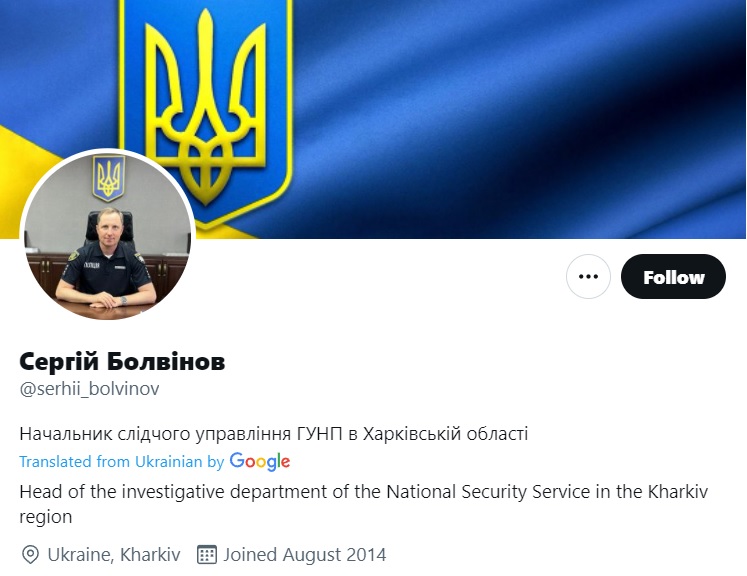 The German media outlet BILD visited Pisky-Radkivski to investigate the story themselves and found that the crowns were actually taken from the village dentist.

EXCLUSIVE @BILD: We spoke to local dentist Sergey in the village about this horror-photo: „The teeth look like the ones from my cabinet, my house was looted by russians. They come from people that I treated all these years. I took these teeth out.“ Story: https://t.co/nnIjHzvilN pic.twitter.com/c9S7X4XTnJ

“[T]he teeth that were found apparently do not come from dead or tortured people – but from patients of the local dentist,” BILD reported.

“The teeth look like from my stolen collection,” says Sergey (60). BILD had shown him the ministry’s picture. “I’m the only dentist here. So if they were found here, they must be by me.”

Asked whether the crowns might come from dead people, the dentist replies: “My God, no! They come from people I have treated all those years. I took these teeth out because they were bad.”

The doctor tells BILD: “Over the course of 30 years, I have removed tens of thousands of teeth. This is just a fraction of them. Sometimes, I pull out five to eight teeth in one day. I have been doing this for 33 years.”

It is not clear where the gas mask came from that can be seen on the other photo.