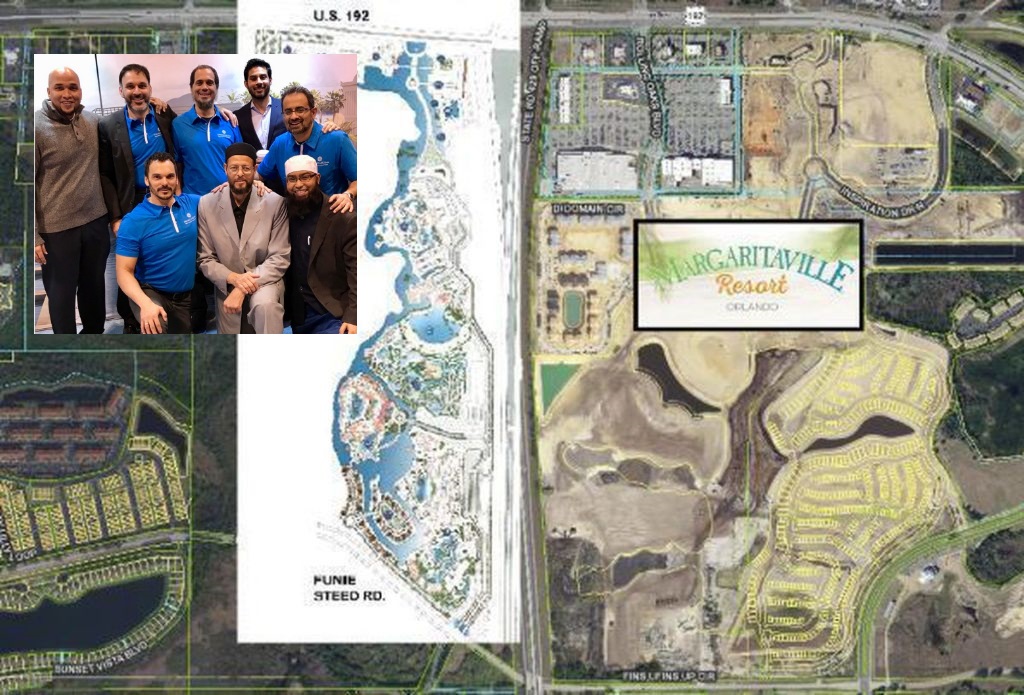 Considering Islam’s founder, Muhammad, had a thing for children, and apparently so did Council on American-Islamic Relations coordinator Ahmad Saleem, who was among 100 people busted in a child prostitution sting in Orlando in 2015, it’s not surprising that a Muslim operation would form a sharia-compliant resort in Orlando right next to Disney World. It’s also not surprising the people behind the resort have ties to Islamic terror organizations.

Jacob Engels, an Orlando based journalist, has uncovered quite a bit of background concerning the man behind the “all halal” and Muslim families accommodating resort titled “Golden Lagoon,” which is modeled after The Grand Medina Nature Reserve & Beach Resort in the Dominican Republic, a country we are now questioning whether or not is friendly to American tourists after 11 Americans were apparently poisoned to death inside of 12 months.

Engels informs us about the man behind it all, Everest CEO Zafir Rashid.

He writes that Rashid:

…formed an Orlando-based affiliate company, GMR Development Orlando Inc., for the project, which will be its first in the United States. In Canada, the company specializes in multi-family real estate, student residences, commercial/retail mixed-use communities, and hospitality properties.

The Grand Medina Resort, Rashid’s Dominican Republic based and soon-to-open carbon copy of the proposed Orlando project, recently sponsored the Islamic Society of North America’s annual convention in Houston. ISNA has admitted ties to the Muslim Brotherhood and Hamas, both extremist terrorist organizations operating in America and abroad.

The resort will also be sharia compliant.

According to Engels, “Women-only areas and a full halal dining program are some of the top-offerings. A prayer area is also planned, though we are unable to confirm it will be a completely built-out Mosque.”

Engels rightly asks, “At face value, you might think that there is nothing wrong with having a “Muslim friendly” resort, but how can we be sure that “Muslim friendly” does not mean “Muslim only” or terrorist friendly? We have seen how massive Muslim migration has taken over cities in Minnesota and Michigan, where non-Muslim residents are unwelcome and in imminent danger. Honor killings in these areas, particularly in the Midwest, are on the rise.”

Mr. Engels also noted that Muslim Brotherhood front group CAIR (Council on American-Islamic Relations) has one of their largest and most active branches in Central Florida.

There is no talk from the FBI on this as Orlando continues to be a hotbed for Islamic growth, just as the Tampa area has become. Not that the FBI would do any good anyways. We’ve seen what they did in Garland, Texas, how they dropped the ball on 9/11, the utter failure when it came to a beheading plot against Pamela Geller and several jihad attacks, including the Pulse shooting three years ago in Orlando and numerous other Islamic jihad attacks on American soil.

“Sharia in the Sun” is what Engels calls this and he’s right.

This is happening right out in the open.

Does anyone seriously think this is not going to be a war room of sorts for anti-American Islamic terrorists to plot their next jihad here in the States? If you don’t think that is a possibility, then you simply don’t know your history or you are willfully ignorant. There is no in between.