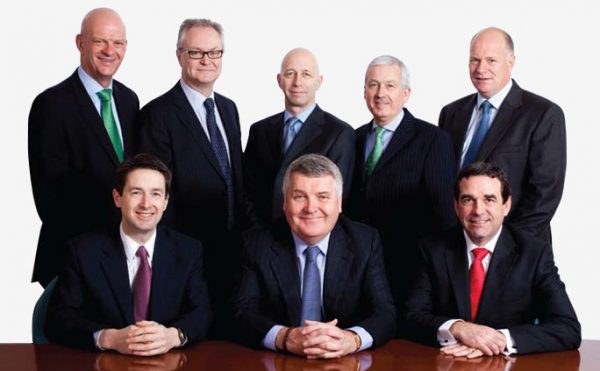 Diversity. Inclusivity. Equity. Or as Steve Sailer puts it, “D.I.E. whitey, die.”[Goldman to Refuse IPOs If All Directors Are White, Straight Men: The bank is the latest firm to eschew a lack of diversity in corporate governance, Bloomberg.com, January 24, 2020]:

The era of the white, all-male board is coming to an end.

Goldman Sachs Group Inc. Chief Executive Officer David Solomon issued the latest ultimatum Thursday from Davos. Wall Street’s biggest underwriter of initial public offerings in the U.S. will no longer take a company public in the U.S. and Europe if it lacks a director who is either female or diverse.

The mandate is the latest in a series of signals that non-diverse boards and management are unacceptable. BlackRock Inc. and State Street Global Advisors are voting against directors at companies without a female director. Public companies with all-male boards based in California now face a $100,000 fine under a new state law.

“It’s pretty amazing,” said Fred Foulkes, a management professor at the Boston University Questrom School of Business. “It’s a seismic change. I was quite amazed and I wonder what’s going to happen at JPMorgan and Morgan Stanley.”

The corporate board has become a rare bright spot for gender and racial diversity at the highest echelons of corporate America. Almost half of the open spots at S&P 500 companies went to women last year, and for the first time they made up more than a quarter of all directors. In July, the last all-male board in the S&P 500 appointed a woman.

Still, new boards are less diverse: Among the top 25 IPOs by value each year from 2014 through 2018, 10 companies had no female directors, said Malli Gero, co-founder and senior adviser to 2020 Women on Boards, an organization that pushes for the Russell 3000 index to have at least 20% women directors on its boards. Last year, Goldman Sachs was hired to underwrite WeWork’s IPO, which only added a female director after its initial prospectus prompted criticism of its all-male board.

“Starting on July 1st in the U.S. and Europe, we’re not going to take a company public unless there’s at least one diverse board candidate, with a focus on women,” Solomon told CNBC Thursday. He didn’t mention Asia, which continues to lag behind other regions when it comes to board diversity.

Next year, the bank will raise the threshold to two diverse directors, which includes diversity based on sexual orientation and gender identity, Goldman said in a statement. The bank said the decision came after it learned more than 60 U.S. and European companies in the last two years went public without a woman or person of color on the board. Goldman Sachs has four women on its 11-member board.

Among the IPOs where Goldman Sachs was an underwriter over the last two years in the U.S. and Europe, fewer than 10% currently have a board lacking a diverse candidate, the company said. Data was not available for the composition of those boards at the time of the IPO, the company said.

“We realize that this is a small step, but it’s a step in a direction of saying, ‘You know what, we think this is right, we think it’s the right advice and we’re in a position also, because of our network, to help our clients if they need help placing women on boards,’” Solomon told CNBC. “So this is an example of us saying, ‘How can we do something that we think is right and help moves the market forward?’”

JPMorgan Chase & Co. doesn’t have a similar policy to the Goldman Sachs rule, but since 2016 has had a director advisory service that works to help companies find diverse candidates for their board, the company said in a statement. Morgan Stanley did not respond to requests for comment.

“It’s what big investors are looking for these says,” said Boston University’s Foulkes, who was previously a director at Panera Bread Co. and Bright Horizons Family Solutions. “If the board has all white males, that’s a big negative.”