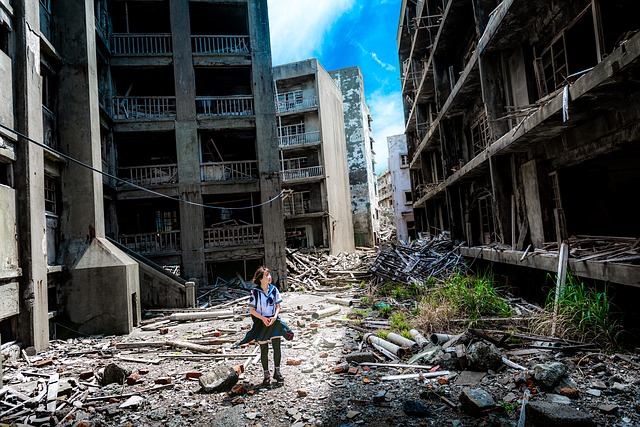 The truth is that most American families are deeply struggling, but you hardly ever hear this from the mainstream media. Yes, about 10 percent of all American workers are making $100,000 or more a year, but most of those high paying jobs are concentrated in the major cities along the east and west coasts. For much of the rest of the country, these are very challenging times as the cost of living soars but their paychecks do not. According to the Social Security Administration, the median income in the United States last year was just $32,838.05. In other words, 50 percent of American workers made more than $32,838.05 and 50 percent of American workers made less than $32,838.05 in 2018. Let’s be generous and round that number up to $33,000, and when you break it down on a monthly basis it comes to just $2,750 a month. Of course nobody can support a middle class lifestyle for a family of four on $2,750 a month before taxes, and so in most families more than one person is working these days. In fact, in many families today more than one person is working multiple jobs in a desperate attempt to make ends meet, and it still is often not quite enough.

If you want to look at the Social Security wage statistics for yourself, you can find them right here. As you will see, I am not making these numbers up.

These days many would have us feel bad if we are not making at least $100,000 a year, but according to the report only about 10 percent of all American workers make that much money.

Instead, most Americans are in what I would call “the barely getting by” category. Here are some key facts that I pulled out of the report…

That means that approximately two-thirds of all American workers are making $4,000 or less a month before taxes.

But these numbers help us to understand why survey after survey has shown that most Americans are living paycheck to paycheck. After paying the bills, there just isn’t much money left for most of us.

And for an increasing number of Americans, even paying the bills has become exceedingly difficult. In fact, a brand new report from UBS says that 44 percent of all U.S. consumers “don’t make enough money to cover their expenses”…

Low-income consumers are struggling to make ends meet despite the “greatest economy ever,” and if a recession strikes or the employment cycle continues to decelerate — this could mean the average American with insurmountable debts will likely fall behind on their debt servicing payments, according to a UBS report, first reported by Bloomberg.

UBS analyst Matthew Mish wrote in a recent report that 44% of consumers don’t make enough money to cover their expenses.

That means that about half the country is flat broke and struggling just to survive financially.

Of course those at the top of the economic food chain often don’t have a lot of sympathy for those that are hurting. Many of them have the attitude that those that are struggling should just go out and get one of the “good jobs” that the mainstream media is endlessly touting.

But most jobs in the United States are not “good jobs”.

Today, the poverty level for a household of four in the United States is $25,750. More than 40 percent of the workers in this country make less than that each year.

Starting a business is always an option, but that takes money, and thanks to government regulations it is harder than ever to run a small business successfully.

Just look at what is happening to our dairy farmers. There are few occupations that are more quintessentially “American” than being a dairy farmer, and since most people drink milk and eat cheese, you would think that it would be a pretty safe profession.

But instead, dairy farms are shutting down at a pace that is absolutely chilling all over the nation. For example, just check out what has been going on in Wisconsin…

Wisconsin lost another 42 dairy farms in July, and since January 1, has lost 491 farms, reports the Wisconsin Department of Agriculture, Trade and Consumer Protection.

Over the last decade the state has lost more than 5,000 farms, or 40% of its licensed dairy farms. To state the obvious, the current rate of exits is more than double that of the last decade.

In profession after profession, government control freaks have made it nearly impossible to make a living, and this has pushed the percentage of Americans that are self-employed to historic lows.

If you are struggling right now, I want you to know that you are not alone. There are tens of millions of other Americans that are really hurting in this economy, and the bad news is that economic conditions will soon get a lot worse.

But you can make it through whatever is ahead. You just have to keep believing.

A lot of people accuse me of spreading “doom and gloom”, but that is not true at all. There is hope in understand what is happening, and there is hope in getting prepared for the hard times that are ahead. When you take steps to prepare, you are telling yourself and everyone around you that you believe that you can make it through the storm that is coming.

Or you could just have blind faith in the system, even though it is exceedingly obvious that the system is crumbling all around us. Those that are blindly trusting the system to take care of them are building their dreams on a foundation of sand, and when the waves come crashing in those dreams are going to get washed away very quickly.

About the Author: I am a voice crying out for change in a society that generally seems content to stay asleep. I am the publisher of The Economic Collapse Blog, End Of The American Dream and The Most Important News, and the articles that I publish on those sites are republished on dozens of other prominent websites all over the globe. I have written four books that are available on Amazon.com including The Beginning Of The End, Get Prepared Now, and Living A Life That Really Matters. (#CommissionsEarned) By purchasing those books you help to support my work. I always freely and happily allow others to republish my articles on their own websites, but due to government regulations I can only allow this to happen if this “About the Author” section is included with each article. In order to comply with those government regulations, I need to tell you that the controversial opinions in this article are mine alone and do not necessarily reflect the views of the websites where my work is republished. This article may contain opinions on political matters, but it is not intended to promote the candidacy of any particular political candidate. The material contained in this article is for general information purposes only, and readers should consult licensed professionals before making any legal, business, financial or health decisions. Those responding to this article by making comments are solely responsible for their viewpoints, and those viewpoints do not necessarily represent the viewpoints of Michael Snyder or the operators of the websites where my work is republished. I encourage you to follow me on social media on Facebook and Twitter, and any way that you can share these articles with others is a great help.