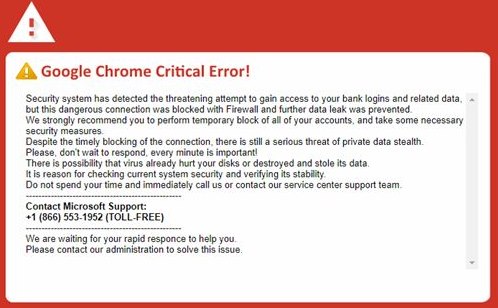 (Natural News) Did you know that the Democratic Socialists of America (DSA) group is a communist group full of members that are working hard to dismantle the U.S. government and thwart policies and legislation of the current duly-elected administration? If you don’t know, that may be because the executives at Google also support communism and are blocking millions of Americans from watching videos that expose deep state operatives that are clearly traitors to America, just like the Big Tech executives themselves.

About half way into certain Project Veritas videos, Google Chrome abruptly interrupts the video and projects a “Critical Error” message enveloping your smart device screen. Coincidence? We think not. The only critical error being made is by the deep state communists working for the DSA anarchists.

So, unless you’re living in a basement somewhere and off the grid, you know by now that all of social media, including YouTube, Google, Facebook, Twitter and Pinterest are outright banning (or at least shadow-banning) and defunding all Republican and Conservative voices, videos, businesses, websites, blogs, and whistle-blowers that connect with thousands (or millions) of subscribers and followers daily. Just check into the complete social media black-out happening now for Alex Jones and InfoWars, if you’re having any doubts.

A “Deep State” coup is underway in America and it’s no conspiracy theory. Captured on video time and time again by the Constitution-defending Veritas Project, U.S. federal employees, some even high-ranking, are being uncovered inside the IRS, the Government Accountability Office (GAO), Health & Human Services (HHS), and yes, the Department of Justice (DOJ). If you’re wondering why people would risk their jobs and even jail time for committing acts of treason while working for the U.S. Government, you can stop wondering now.

The mass media has brainwashed millions of Americans, including top Government officials, into believing that our country is run by a white supremacist freak, when actually it’s the “Resistance” movement that wants genocide, depopulation, communism, and to destroy the entire U.S. middle class. Little do they all realize.

Also, many deep state insiders, including those who “work” for the Democratic Socialists of America are funded by the deep pockets of billionaire and Nazi-sympathizer George Soros. Yet, Soros isn’t alone at the helm. The insidious Bill Gates, Marc Zuckerberg, and Jeff Bezos also have one main goal – destroy the U.S. Republic and install a communist/socialist new “New World Order.” These are all mega-rich “white dudes” who are in control of not only all social media, Google, YouTube and Twitter, but also major media outlets CNN, Washington Post (the WashPo rag) and the failing New York Times.

Is it impossible to fire Federal employees? That’s what the deep state LEFTISTS working for the U.S. Government think – and that’s why they break the law regularly

If you commit crimes and “don’t give a sh#t” about the consequences, you’re the worst type of criminal alive. In fact, that sounds like the words of a terrorist. Currently, that’s the actions and words of IRS officials who also work for hours on end for the Democratic Socialists of America (a.k.a. Democrats Serving Anarchists) while on the clock at their high-paid U.S. government jobs. All of this targeting of conservatives has been going on since at least 2013, when Project Veritas first starting revealing, on video, top executives at Planned Parenthood, negotiating cash prices for abortion body parts illegally sold on the black market. Planned Parenthood itself is nothing more than a population control machine that brainwashed Democrats believe helps their own people celebrate “health freedom.”

Now, U.S. government officials are not only breaking the law, but bragging about it with complete arrogance. This U.S. GAO auditor, Natarajan Subramanian, is pushing a communist (they also call it socialist, but it’s the same thing) agenda all day while at work, and this is his quote from the video, “No one knows I spent six hours yesterday doing social media for DSA.”

He also admits that he wants to destroy American values and businesses as he states, “…it’s a socialist organization and we want to destroy capitalists.”

He goes on to state that, “We have a bunch of just like communists, like no prefix, and that’s basically me.” … “Do I care more about having this job, or do I care more about the [DSA] movement, and I was like… obviously the movement.”

Project Veritas also discovered this same American traitor and communist manages social media and communications for Metro DC DSA. Later on in the video he further implicates himself, saying, “Sometimes as a government employee, you have to keep it under wraps a little bit so you don’t get into trouble and that’s kind of what I try to do.” …

“That’s when I might get fired. If there’s like a camera above my cubicle looking down so they can see and zoom in and see what’s on my phone.”

All of these outright anarchist freaks think they can’t be fired because they are U.S. federal employees. Is that true? They’re about to find out. Tune into Trump.news for updates on the 2018 mid-term elections and other ways the Deep State will try their best to dismantle our Republic.

Also, if you’re looking for a search engine that won’t cut your truth videos short or ban them from the internet entirely, check out GoodGopher.com. You’ll be happily surprised with all your search results.