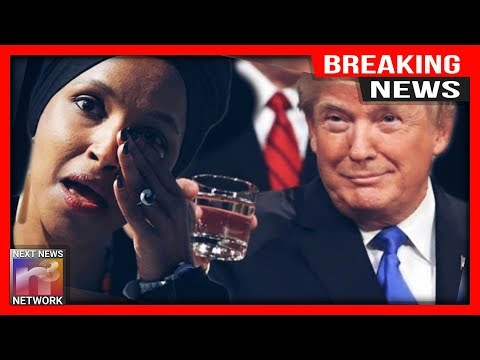 Is it finally over for Omar?

Time will tell but things are looking worse for her every single day.

I think most Americans would concur.

Here’s more from The Hill:

The state GOP supported a resolution calling for the congresswoman’s ouster at its summer meeting in Auburn this past weekend, according to Al.com. The committee reportedly approved the resolution on a voice vote after it was introduced by state Rep. Tommy Hanes.

The resolution calls on Alabama’s congressional delegation to “proceed with the expulsion process in accordance to Article 1, Section 5 of the U.S. Constitution.”

Omar, a Somali refugee who last year became one of the first two Muslim women elected to Congress, has sparked criticism from lawmakers on both sides of the aisle over her comments about issues tied to U.S.-Israeli relations.

The resolution backed by Alabama Republicans condemns Omar for what it calls her “disturbing record of using anti-Semitic language that includes alleging Jewish money is used to buy American influence regarding its policy toward Israel.”

The state Republicans also voiced opposition to Omar’s public support of the boycott, divestment and sanctions (BDS) movement that presses Israel on human rights issues in its conflict with the Palestinians and accused the congresswoman of engaging in “rhetoric that explicitly runs counter to American values and patriotism.”

The resolution alleges Omar “dismissed” the Sept. 11 terrorist attacks and “sympathized with a convicted terrorist” by pushing for “sentencing leniency.”

Read More at The Hill…

It’s OK to have opinions that are in the minority.

For now we still have free speech in America.

But an individual who hates America, and all she stands for, has no place in congress.

Alabama Republicans are not the only group trying to move against Omar.

DEMOCRATS in her own state are seeking to primary her for 2020.

This woman has a long and growing list of proven or suspected criminal offenses.

Why in the world it would take Republicans in Alabama to go after a Democrat in Minnesota seems bizarre, but at least someone is continuing to push forward.

Whether criminal charges, prison, or deportation ever happen remains to be seen.

But if the people of her district decide to send her back to congress in 2020, they deserve the LACK of representation they will get.

Minnesota’s largest newspaper has been sounding the alarm.

But will a district filled with thousands of Somali voters listen?

They have a choice to make.

Is their allegiance to America, or something else?