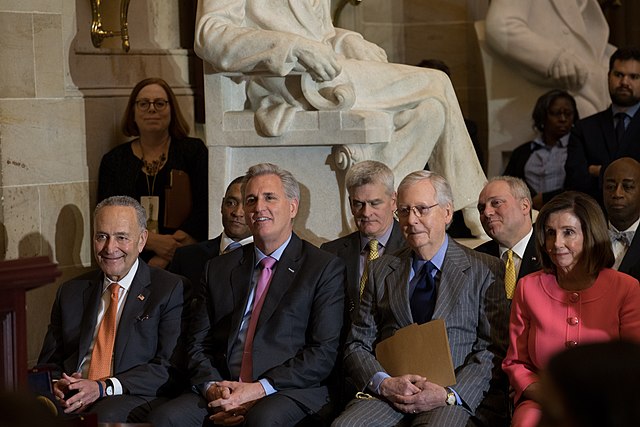 House Minority Leader Kevin McCarthy, R-Calif., told “Fox News @ Night” Thursday there is no room for QAnon in the GOP, challenging his Democratic colleagues to disavow things that are “unAmerican” and “wrong,” including anti-Semitism.

Host Shannon Bream asked McCarthy if he is worried about Republican candidates winning primaries that support QAnon, described as a baseless conspiracy theory that Trump is trying to save the world by waging a secret campaign against enemies in the “deep state” and a child sex trafficking ring run by global elites who are satanic pedophiles and cannibals.

Note how the media started throwing in the “cannibals” line over just the past few days.

They know that after the whole Jeffrey Epstein saga most people don’t even blink when they hear the first part.

“Let me be very clear,” McCarthy said. “There is no place for QAnon in the Republican Party. I do not support it and the candidate you talked about has denounced it.”

On Wednesday, President Trump responded to a question during a White House briefing about the fringe group, and the next day White House press secretary Kayleigh McEnany told “America’s Newsroom” that Trump does not support it nor has he ever mentioned it or looked into it.

Trump has actually dog-whistled towards Q-believers pretty hard in the past.

Nonetheless, for McCarthy, the interests of GOP megadonors like Sheldon Adelson and Paul Singer must always come first.

As a reminder, last year McCarthy went and partied in Israel after Jeffrey Epstein was “suicided.”