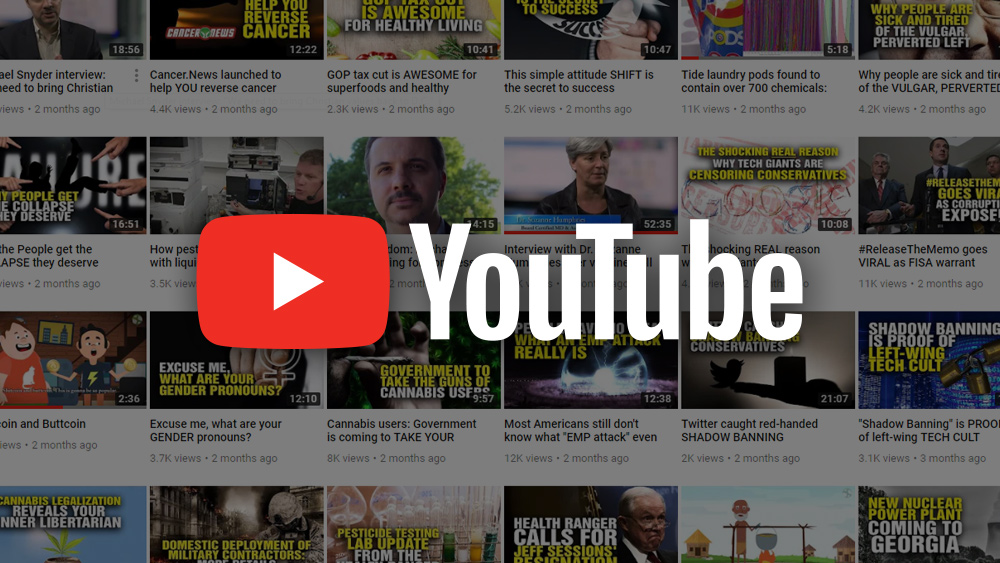 As a U.S. senator, Hawley has continued his quest to hold these behemoths accountable as they selectively enforce “community standards” that allow them to discriminate against conservatives and independent media while coddling those engaged in disgusting and potentially illegal behavior.

As reported by Fox News on Thursday, GOP Sen. Hawley introduced legislation “that would force video-sharing websites such as YouTube to turn off their recommendation systems for videos featuring children.”

Specifically, Hawley’s legislation comes after a New York Times report noting that the video platform’s algorithm system has curated and recommended scores of videos featuring children, which is helping to spread such content to predators and their associates.

The Times noted that a Brazilian woman named “Christiane C.” was initially unconcerned when her 10-year-old daughter and a friend uploaded a video of themselves as they splashed and played in a backyard pool.

“The video is innocent, it’s not a big deal,” the woman, who lives in a suburb of Rio de Janeiro, told the paper.

But soon her daughter excitedly informed her that the video received thousands of views. Within a short time, it garnered more than 400,000 views, “a staggering number for a video of a child in a two-piece bathing suit with her friend,” the Times noted.

Then Christiane became very “scared,” and for good reason. The Times added:

YouTube’s automated recommendation system — which drives most of the platform’s billions of views by suggesting what users should watch next — had begun showing the video to users who watched other videos of prepubescent, partially clothed children, a team of researchers has found.

This is a much needed first step

In February, YouTube disabled comments on many videos featuring children. But the recommendation system remained intact and continues to push them out to pedophiles and other predators. (Related: Google, Facebook, YouTube censorship of conservative sites, voices just like Communist CHINA.)

Now, YouTube has been reducing such recommendations, but Hawley says that’s not good enough.

“Every parent in America should be appalled that YouTube is pushing videos of their children to pedophiles,” he said, in a statement obtained by Fox News. “It’s equally outrageous that YouTube refuses to take the most effective step necessary to fix the issue. I’m proud to announce this legislation to force YouTube to do the right thing and place children’s safety over profits and pedophiles.”

If passed, the legislation will impose stiff fines and criminal penalties for violations, but it would only apply to videos that primarily feature minors — not all videos that happen to have minors in the background, for instance. Also, professionally-produced videos such as those for talent shows and whatnot would also be exempted.

In response, YouTube has also begun updating enforcement of the company’s live-streaming policy in order to prevent minors, especially younger children, from uploading videos unless an adult is clearly accompanying them.

But what about other actions taken by YouTube that involve outright bans, especially of conservatives and independent publishers like Mike Adams, the Health Ranger, founder/editor of Natural News? Or the defunding of other popular conservatives such as Steven Crowder of TheBlazeTV, which just occurred this week?

Is Congress prepared to begin treating these social media Nazis like public utilities, meaning they can be regulated? While raking in billions of dollars off of video content uploaded to giants like YouTube and Facebook, the companies then claim they’re not responsible because they’re a private-sector distribution platform.

These companies can’t — or shouldn’t — have it both ways. Hawley’s legislation, if it passes, is a much-needed first step at reigning in discriminatory practices by the social media behemoths.

Read more about tech giant discrimination at TechGiants.news and FirstAmendment.news.