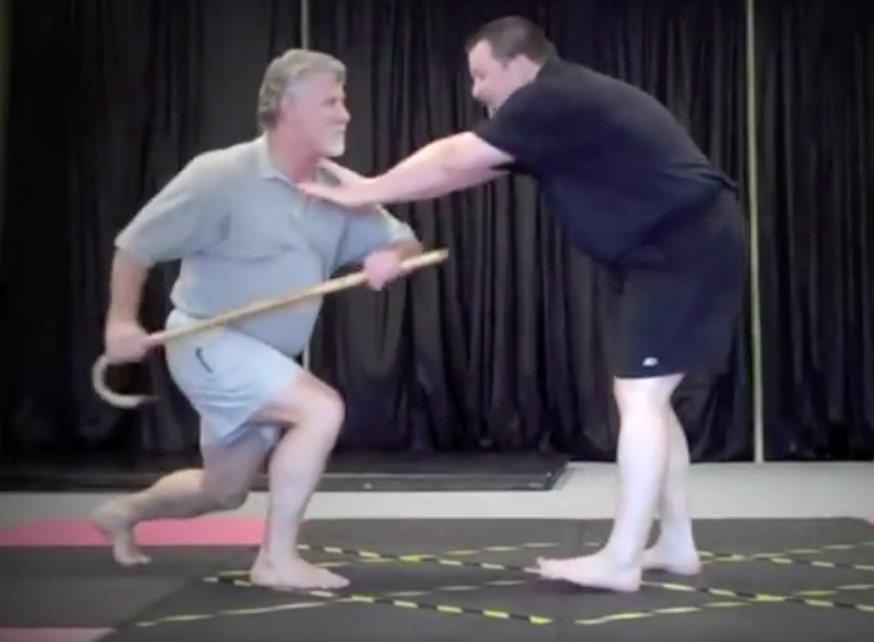 Gun-Free Zones? Carry One of These.

It’s all the rage! Seniors and others are learning how to fight with their canes. Don’t laugh! Senior Citizen Cane training has swept the nation as crimes against the elderly have skyrocketed. Until now, geriatric citizens were afraid to even take a leisurely stroll in their neighborhoods.

Most states now have elder abuse statutes on the books. Here is a summary of the Texas law: “Under Texas law, elder abuse is defined as any form of sexual abuse, physical abuse, emotional abuse, exploitation or neglect on a person age 65 years or older.”

So, if you happen to do some serious damage to a punk with your cane, you are pretty much in the clear, depending on the circumstances.

“WEAPONS of WAR:” How we could lose the Second Amendment

The problem is there aren’t too many places an elderly person can live and own a firearm. They aren’t allowed in nursing homes or assisted living centers, and many children of the elderly don’t feel comfortable with their older parents packing heat if they are living at home.

It’s not just Grandma and Grandpa

Cane defensive training has become popular with a wide segment of the population in the States and Abroad. It isn’t a new concept. Cane and stick fighting has been going on for thousands of years. Over a hundred years ago in Europe, gentlemen trained in cane fighting to ward off muggers and worse. Sometimes umbrellas were used too. So now you know why they have those pointy ends–they used to be even more pointy!

Heads up! How to defeat a Red Flag confiscation

Hey Northam! Stick this where the sun don’t shine.

Anti-gun and knife laws are prohibiting carrying many defensive weapons. Many of these prohibited locations are also high-crime areas. Can’t carry pistols or edged weapons on a plane, at a sporting event, in a school or courthouse. The list is growing longer thanks to liberal politicians who only side with criminals.

The one thing you CAN carry is a medical device called a cane. Let’s say you were planning to go to a political rally, knowing that violent Antifa thugs would be present. Laws preclude you from packing heat—but not a cane. The disabilities act prevents anyone from taking your cane away from you, and if they do and you fall down, it’s lawsuit city!

You don’t need a doctor’s order. What if you sprained your ankle yesterday on the way to Richmond? What’s a person to do?

How effective would a cane be anyway?

They have been used for thousands of years as a defensive weapon. You don’t need a sword or gun cane to be dangerous—plus that could get you into trouble. A defensive or combat cane is a moderately heavy wooden impact weapon designed to damage bones and soft spots on a person’s anatomy. The sky is the limit in terms of your proficiency with a cane.

Why is Church Security Better Than the Military’s?

The internet has dozens of cane fighting techniques and organizations. Most major cities have cane training offered at self-defense centers; some specialize in working with the elderly and the disabled.

Check out this video