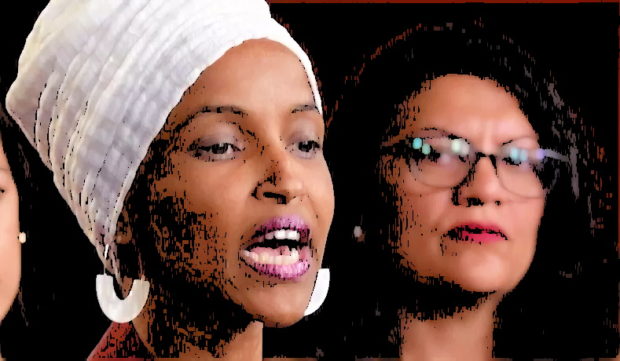 In a shocking report, Miftah, the Islamic Palestinian organization that co-sponsored and organized the rejected trip to Israel by Representatives Rashida Tlaib and Ilhan Omar, put out an accusation claiming that Israel harvested the organs from earthquake victims in Haiti and Ukranian children.

The accusation, which is found on Miftah’s website, was posted by Dr. Bouthaina Shaaban on February 1, 2010.

I’m posting a screenshot and the text should it be taken down.

The text of the post reads (bold is my emphasis):

Akiva Eldar wrote an article entitled “Israel’s compassion in Haiti can’t hide our ugly face in Gaza” (Haaretz, 18/01/2010) in which he explains the contradiction in the public relations campaign conducted by Israel’s rulers in rescuing and treating the victims of the earthquake in Haiti and the their utter indifference in relation to the suffering of the people of Gaza whose children, women and elderly die on a daily basis because of the lack of medicine and the destruction of hospitals and because Israeli authorities prevent food and medicine from entering Gaza.

Larry Derfner wrote in Jerusalem Post (20/01/2010) about the aid which Israel’s rulers hasten to send to Haiti now and which they sent to Rwanda years ago – with great efficiency – while Israelis feel shame towards the actions of their government in Gaza. He wonders about the causes of the discrepancy between Israel’s efficiency in rescue and treatment actions in any disaster area in the world and its shameful disregard of the disasters caused by successive Israeli governments against Palestinian civilians!

Catherine Philip wrote an analysis (Sunday Times, 21/01/2010) explaining that the Israeli government took advantage of the disaster in Haiti to conduct a public relations campaign to cover up the disgraceful Israeli crimes described in the Goldstone report on the Israeli war on Gaza. She concludes that the earthquake was a natural disaster, while the collapse of the health system in Gaza and the hunger and destruction in Gaza were imposed by Israel and its allies on Gazan civilians.

The life of the unarmed Palestinian civilians in Gaza and the rest of Palestine has become a public relations material. The life of Palestinians has no significance for Israel except in as much as it affects its interests and image in the West. That is why they are preventing reporters, politicians, diplomats and human rights activists from going to Gaza so that they do not expose the disgraceful conditions under the blockade to the world public opinion, and in order to be able to promote their lies about their concern for saving human life somewhere in the world.

Helping the victims of disasters has become now an occasion for launching public relations campaigns or achieving hidden political and military objectives. People still fall victim to earthquakes, disasters, occupation, oppression and terrorism. They also fall victim to campaigns which use their tragedy to achieve other purposes which have nothing to do with the value, importance, sanctity and dignity of human life.

After the Swedish journalist Donald Bostrom wrote about the Israeli army killing Palestinian youth in order to harvest their organs, there were other media reports about Israelis stealing Ukrainian children in order to harvest their organs. Once again there are documented reports from Haiti that organs are being stolen by Israelis without international justice intervening to put an end to such criminal practices against innocent vulnerable people.

The United States took advantage of the chaos in Haiti to tighten its control over the island. Thus, we can see that the disaster in Haiti provided an opportunity to other parties to make a move on public relations level or on the political and military level in order to turn facts on their head and project a glossy image of the causes of human suffering in different parts of the world.

We should also note the lack of Arab initiative, not only in terms of aid and rescue, but also in terms of standing up to the attempts of our enemies to bury the suffering of the Palestinian people and hide it from the eyes of the media and public opinion. They use the Haiti disaster to cover up their crimes and blunt the impact of the Goldstone report and obstruct the launch of an international campaign in support of the Palestinian people.

The discrepancy in the Israeli official position towards the victims of the disaster in Haiti, on the one hand, and the victims of the blockade on Gaza and the war on Palestine for the past sixty years, on the other, should be highlighted and explained, particularly that Israel hastens to the assistance of any disaster-hit country – from Rwanda to Haiti – to cover up the great disaster which it caused and still causing to people who used to live safely and peacefully on their land.

So far, no language has been able to describe this conflict and convey its nature to the minds and hearts of people all over the world. Dealing with the most sacred of human rights, the right to live a free and dignified life, is being used as a commodity in public relations campaigns and subject to distortion. If this is evidence of anything, it is evidence of the declining level of the feeling of responsibility and the distortion which has characterized political processes in recent years. There is no doubt that what the world needs today is courage and a real concern for human safety and dignity everywhere. Using earthquakes and rescue efforts as an opportunity to cover up war crimes, killing and oppression is unprecedented in international politics which is characterized today by creating a world in the media completely detached from reality.

Hence, the tragedy becomes greater and the suffering longer because of the difficulty of conveying the real picture of what is happening to people all over the world. Even allowing concerned people to see what is happening becomes subject to bargaining as a result of the meticulous calculations of the political objectives of what is being done. Thus American officials as well as, the media speak about the duties of the Palestinians and the Israelis towards the peace process forgetful of the fact that the Palestinians are prisoners of a racist occupation and subject to collective punishment and genocide, while others are involved in propaganda campaigns to prevent the achievement of justice and the realization of the legitimate aspirations of innocent people who simply want to live in freedom and dignity. Next time you hear or read “both sides” or hear an obligation related to “Palestinians and Israelis” by Western officials beware of the deliberate confusion planned between the killer “Israelis” and the victims “Palestinians”.

What each and every one of us can do is to stand for human integrity and dismiss all the propaganda designed and marketed by the enemies of justice and sacred human rights.

The problem with the claim? No sources are cited. No documentation provided. Nothing. Zip. Zilch. Nada.

Shaaban did not say which “documented reports” she was referring to that purportedly show that “organs are being stolen by Israelis in Haiti.” Nor did she specify which “media reports” were about “Israelis stealing Ukrainian children in order to harvest their organs.” The piece was also published in Lebanon’s Daily Star.

The Jerusalem Post previously traced a debunked claim about Israeli organ harvesting in Haiti to a Gaza-based website and a propaganda claim on Hezbollah television:

The allegation that IDF medics harvested organs from Haitians to use in transplants was published in the Gaza-based Web site The Palestine Telegraph. … The article, titled, “Focus on Israel: Harvesting Haitian Organs,” was written by a Boston blogger Stephen Lendman.

Lendman — who in his biog says his main area of interest is for “justice for all the oppressed peoples of the world like the long-suffering people of Haiti and the Palestinians,” accused Israel of a “crime against humanity.”

The article makes reference to a report by Hizbullah’s Al-Manar TV that cites “a damning YouTube video” posted by an American named “T. West” from a group called AfriSynergy Productions who said: “The video presents something to think about while exploiting the horrible tragedy that has befallen Haiti where Israeli occupation soldiers are engaged in organ trafficking.”

The reference to Swedish journalist Donald Bostrom refers to a wild claim printed in 2009 by the Swedish tabloid Aftonbladet that the IDF was harvesting Palestinian organs. Israel’s Foreign Ministry called it “a mark of disgrace” for the Swedish media, while Prime Minister Benjamin Netanyahu demanded that Sweden condemn the outlet. The Wall Street Journal dubbed the piece a “blood libel.”

The “media reports” about “Israelis stealing Ukrainian children in order to harvest their organs” seem to be about a Ukrainian professor who baselessly claimed at a November 2009 conference in Kiev that Israel brought in thousands of Ukrainian children to use their bodies as “spare parts.”

Breitbart also reported that Miftah co-sponsored and organized the alleged trip that was supposed to be taken by Tlaib and Omar.

Is anyone surprised by this? Not me.