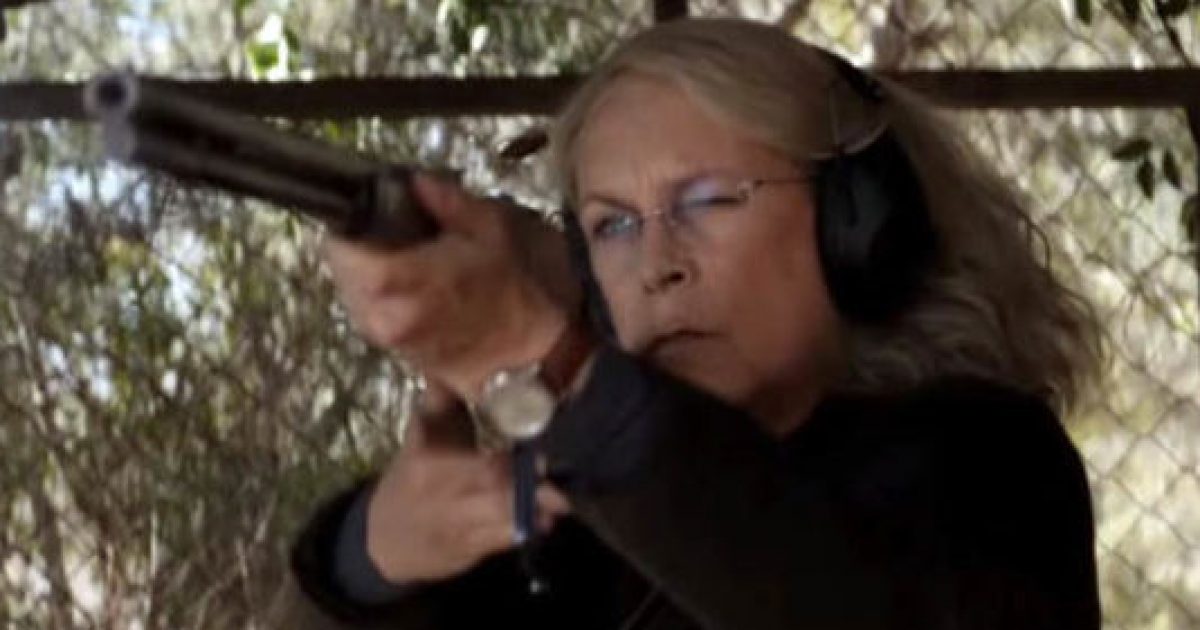 Gun control advocate, Jamie Lee Curtis has become an icon for armed self-defense with her participation in the new Halloween movie sequel. She may have done so unintentionally, but the movie no doubt shows why those who are could become victims should arm themselves.

Breitbart originally did a run-down about Curtis’ character and the how and why she became an icon for armed self-defense. In the new Halloween sequel, she plays the central role she made iconic in the 1978 original. Rotten Tomatoes noted that “Jamie Lee Curtis returns to her iconic role as Laurie Strode, who comes to her final confrontation with Michael Myers, the masked figure who has haunted her since she narrowly escaped his killing spree on Halloween night four decades ago.”

Curtis’ role includes the use of firearms for self-defense, which is odd considering Curtis’s efforts to restrict normal and everyday Americans’ right to possess the guns they need to defend themselves and their families. After announcing her desire to take self-defense rights away from others, Curtis later made it clear that she was refocusing her energies to get women elected in place of men for the purposes of securing gun control, among other things.

Although the website is simple, it lays out a basic and easy to read fundamental moral: Self-defense is a basic human right. Whether the Constitution lists our rights or not makes no difference. We are all born with those same basic rights because we were born human beings. You have the right to use a tool to defend your life because you are a human. You have a right to speak your mind because you’re a human. Governments can only list your rights; they and others do not get to decide what your rights are and therefore, cannot take them away regardless of the laws they write mandating such. –SHTFPlan.com

Self-defense is a basic human right.