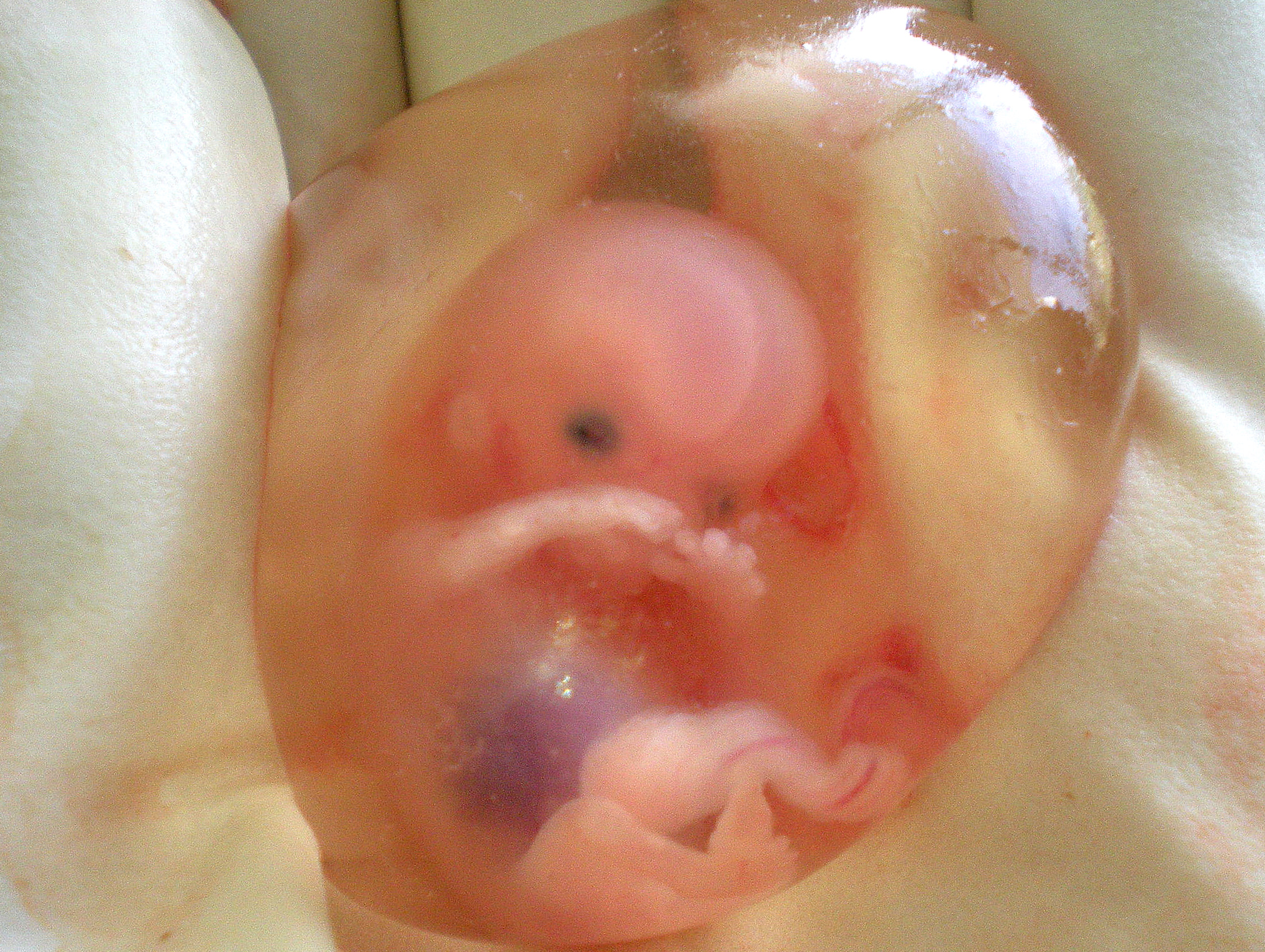 Considering that such people as Barack Hussein Obama Soetoro Sobarkah attended Harvard Law School and even became the president of the Harvard Law Review, a paper printed in the Harvard Journal of Law and Public Policy is a blow to heartless, anti-American baby murder supporters like the usurper-in-chief. The paper concludes that an unborn child is, in fact, a constitutional person, according to the Fourteenth Amendment.

“What should the legal status of human beings in utero be under an originalist interpretation of the Constitution?,” asks Craddock. “Other legal thinkers have explored whether a national “right to abortion” can be justified on originalist grounds. Assuming that it cannot, and that Roe v. Wade and Planned Parenthood of Southeastern Pennsylvania v. Casey were wrongly decided, only two other options are available. Should preborn human beings be considered legal “persons” within the meaning of the Fourteenth Amendment, or do states retain authority to make abortion policy?”

“The late Justice Scalia famously argued for the latter position and pledged he would strike down a federal ban on abortion,” Craddock added. “But is this view consistent with the original meaning of the term ‘person’? Using originalist interpretive methods, this paper argues that preborn human beings are legal “persons” within the meaning of the Fourteenth Amendment.”

The first key point of Craddock’s work, critiquing the late, great Justice Antonin Scalia from the right, is an audacious undertaking, but here it’s warranted. You see, while Scalia was a committed originalist and clear opponent of Roe, he was also of the opinion that the Constitution is neutral toward abortion – that its use of the word “persons” “clearly means walking-around persons,” and therefore, states should be left free to set whatever abortion laws they want. Craddock notes several other pro-life judicial originalists who hold (or held) this view, though Scalia is the most recent and most revered modernly.

Craddock concedes that there is some basis for this thinking because “natural rights were not exhaustively enshrined in the federal Constitution” and “states have traditionally decided the question of personhood.” However, he rightfully maintains that a truly originalist answer to the question has to consider what the word “persons” was understood to mean when the Fourteenth Amendment was written and ratified.

He proceeds to explain that layman’s dictionaries treated the concepts of humanity and personhood interchangeably, and so did legal terminology – more explicitly so, in fact. As we’ve discussed in the past, Craddock notes that Blackstone expressly recognized that personhood and the right to life existed before birth with a simple and clear legal standard: “where life can be shown to exist, legal personhood exists” (emphasis added). This also perfectly explains why it’s irrelevant that past laws didn’t protect the preborn prior to quickening.

Understand that the states also criminalized abortion when the Fourteenth Amendment was ratified.

By the time of the Fourteenth Amendment’s adoption, “nearly every state had criminal legislation proscribing abortion,” and most of these statutes were classified among “offenses against the person.” The original public meaning of the term “person” thus incontestably included prenatal life. Indeed, “there can be no doubt whatsoever that the word ‘person’ referred to the fetus.” In twenty‐three states and six territories, laws referred to the preborn individual as a “child.” Is it reasonable to presume that these legislatures would have used this terminology if “they had not considered the fetus to be a ‘person’”?

The adoption of strict anti‐abortion measures in the mid‐nineteenth century was the natural development of a long common‐law history proscribing abortion. Beginning in the mid‐thirteenth century, the common law codified abortion as homicide as soon as the child came to life (animation) and appeared recognizably human (formation), which occurred approximately 40 days after fertilization. Lord Coke later cited the “formed and animated standard,” rearticulating it as “quick with childe.”

So, how did the states view unborn children and their murder through abortion? Craddock writes:

When the Amendment was adopted in 1868, the states widely recognized children in utero as persons. Twenty‐three states and six territories referred to the fetus as a “child” in their statutes proscribing abortion. At least twenty‐eight jurisdictions labeled abortion as an “offense[] against the person” or an equivalent criminal classification. Nine of the ratifying states explicitly valued the lives of the preborn and their pregnant mothers equally by providing the same range of punishment for killing either during the commission of an abortion. The “only plausible explanation” for this phenomenon is that “the legislatures considered the mother and child to be equal in their personhood.” Furthermore, ten states (nine of which had ratified the Fourteenth Amendment) considered abortion to be either manslaughter, assault with intent to murder, or murder.

Mr. Craddock also cites some of the reasoning of why the Fourteenth Amendment was written, which was largely to extend citizenship to slaves who were allegedly freed after the War of Northern Aggression, but he does this based on the originalist principle of authorial intent. However, the principle conveyed in even the original intent should also be understood and applied to those in the womb.

Senator Jacob Howard, who sponsored the Amendment in the Senate, declared the Amendment’s purpose to “disable a state from depriving not merely a citizen of the United States, but any person, whoever he may be, of life, liberty and property without due process.” Even the lowest and “most despised of the [human] race” were guaranteed equal protection. Representative Thaddeus Stevens called the Amendment “a superstructure of perfect equality of every human being before the law; of impartial protection to everyone in whose breast God had placed an immortal soul” […] The primary Framer of the Fourteenth Amendment, Representative John Bingham, intended it to ensure that “no state in the Union should deny to any human being . . . the equal protection of the laws.”

Craddock then concludes that the only constitutional approach to abortion is the following:

If prenatal life is to be protected under the Fourteenth Amendment, Congress or the courts must intervene in states that do not guarantee equal protection and due process to preborn human beings. After all, “the [Fourteenth] amendment was designed to limit state power and authorize Congress to enforce such limitations.” Should a state refuse to protect prenatal life, it would be a violation of equal protection[.]

There were other rebuttals to possible objections that were presented which you can read here.

In either case, it’s good to read that something good has come out of the Harvard Law Review. One could have simply saved the time and trouble and read what the Creator, the one to whom our Founding Fathers appealed to for their rights in the Declaration of Independence, said when he addressed the murder of the innocent.

16 There are six things that the Lord hates,
seven that are an abomination to him:
17 haughty eyes, a lying tongue,
and hands that shed innocent blood,
18 a heart that devises wicked plans,
feet that make haste to run to evil,
19 a false witness who breathes out lies,
and one who sows discord among brothers. -Proverbs 6