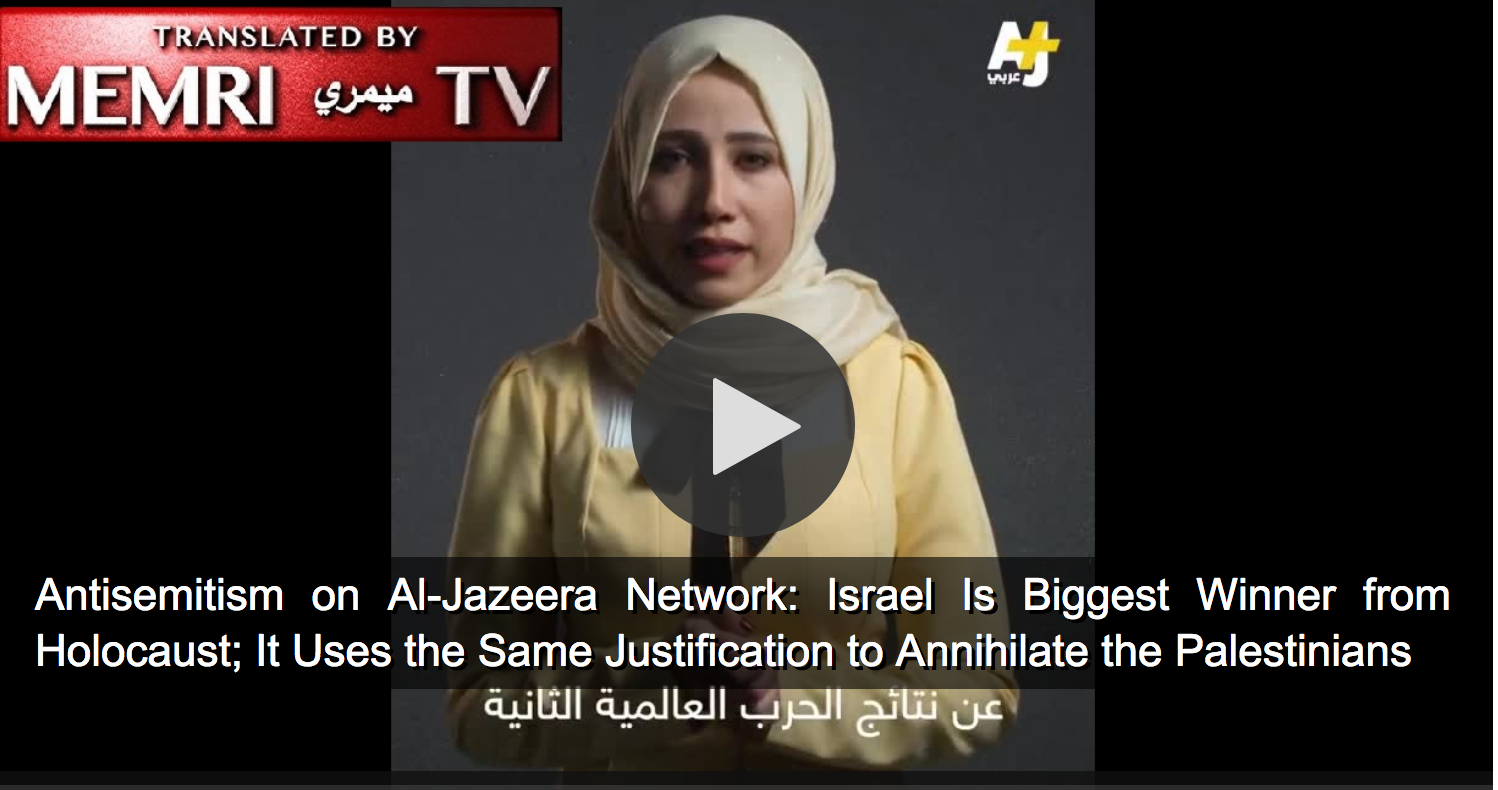 A repository for the worst of humanity. This is particularly grotesque considering the Muslim world was aligned with Hitler and the Nazis but unlike the Nazis they never apologized, expressed remorse a paid any kind of price. 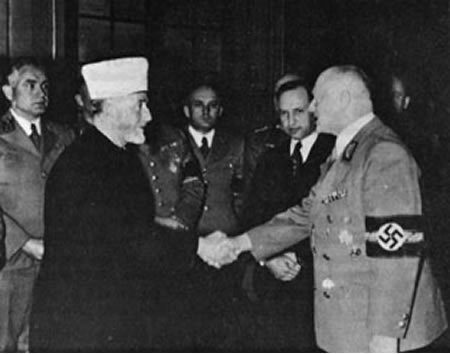 DR. AHMED AL-RAISSOUNI, HEAD OF THE INTERNATIONAL UNION OF MUSLIM SCHOLARS WHICH WAS FOUNDED BY SHEIKH YOUSEF AL-QARADAWI IN DUBLIN: QUESTIONING THE HOLOCAUST IS NOT JUST A RIGHT BUT AN OBLIGATION

On May 22, 2019, Dr. Ahmed Al-Raissouni, head of the International Union of Muslim Scholars (IUMS), posted an article titled “Why It Is Necessary to Question the Holocaust” on the IUMS website and on his personal website and Facebook page. In the article he claimed that the Holocaust has acquired an “exaggerated halo” and that questioning its veracity and scope is not only a right but an obligation. Listing ten reasons to justify this view, he stated, inter alia, that the Holocaust narrative, fabricated by the Zionist movement, has been sanctified and imposed on the world, to the extent that there are “campaigns that slander, intimidate, exclude and besiege anyone who dares to think independently about it or about any of its fake details or statistics.” Moreover, the Holocaust narrative consists of claims that are “politically slanted and questionable” and many of which cannot be verified, he said. He called to subject the issue of the Holocaust to scientific scrutiny, free of all exploitation, threats and intimidation.

The IUMS was founded in 2004 in Dublin, Ireland by Sheikh Yousef Al-Qaradawi, who also headed it until recently. Al-Qaradawi, who is considered to be a major ideologue of the Muslim Brotherhood, resides in Qatar and has been supported and sponsored for decades by the Qatari regime. The IUMS under his leadership promoted an extremist discourse, including rhetoric against Jews and Christians and encouragement of jihad and martyrdom.[1] This Ramadan, a Qatari daily published a series of religious lessons by Al-Qaradawi, including one in which he claimed that the Jews opposed Allah and He therefore transformed them into apes and pigs, and that the Christians were afflicted by ideological blindness and strayed from the path of righteousness.[2]

It should be noted that the IUMS is supported not only by Qatar but also by Turkey. In an interview Al-Raissouni gave on Al-Jazeera in November 18, 2018, shortly after he replaced Al-Qaradawi as the head of the IUMS, he revealed that Qatar has supported the organization since its inception and that Turkey now funds it as well, and said: “There is nothing wrong with that and we don’t hide it. On the contrary, we are proud of it and we urge all the countries to follow in the footsteps of those two.”[3]

The publication of Raissouni’s article at this time may be linked to a video posted a week ago on the Facebook and Twitter pages of AJ+, one of the channels of the Qatari Al-Jazeera network. The video, which was translated and publicized by MEMRI, claimed that the number of Jewish Holocaust victims remains “one of the most prominent historical debates to this day,” and that Israel benefits from the Holocaust more than anyone and uses Nazi justifications to annihilate the Palestinians. [4] Following MEMRI’s exposure of the video and the uproar it caused, Al-Jazeera removed it from its websites, suspended the employees responsible for its production, and published an apology stating that its content contravened its editing principles.

However, MEMRI’s years-long monitoring of the Qatari media reveals that these media, chief of them Al-Jazeera, serve as a platform for disseminating antisemitic messages.

The following are excerpts from Al-Raissouni’s article on the topic of questioning the Holocaust:[5]

“From my earliest youth and my very first years in school, I had a deeply-seated [notion] that the late German leader Adolf Hitler hated the Jews, persecuted them, tormented them and acted to purge Germany of them, especially during the Second World War, when the so-called Holocaust took place, involving the death of millions of Jews. I believed this and nothing caused me to doubt or question it. But when I discovered that this issue has a malicious, exaggerated and steadily-growing halo of sanctification, pressure and intimidation, I started wondering and questioning, until I came to doubt the entire affair. Today I am certain that we must be skeptical and subject this notion to a scientific reassessment, free of all exploitation, threats and intimidation. The reasons it must be questioned and investigated are the following:

“1. Because the narrative of the Holocaust, as shaped and disseminated by Zionism, has become sanctified and has been forced on the world.

“2. Because any [attempt to] question or verify this issue has been banned and is suppressed using penal laws and prosecution.

“3. Because several European historians and thinkers were persecuted and prosecuted, and their writings were banned, just because their views differ from the Zionist narrative and because they pointed out the weaknesses [of this narrative].

“4. Because some people who lived through the events [of the Holocaust] deny many of its details, which can neither be confirmed nor refuted.

“5. The Holocaust religion is also protected and shielded by means of campaigns that slander, intimidate, exclude and besiege anyone who dares to think independently about it or about any of its fake details or statistics.

“6. Because it is the only massacre that is marked globally, unlike the other, genuine massacres of millions of people that have been and are still being perpetrated against so many peoples and sects around the world.

“7. Because most truths – [including] the one most sacred to nations, namely the existence of God – are denied freely and with impunity, whereas in the case of the Holocaust, nobody may doubt even its details, for this is considered a political, legal and media crime.

“8. Because Allah the Almighty said [in Quran 2:256]: ‘There shall be no compulsion in religion. The right course has become clear from the wrong.’ So how can we accept compulsion in the case of historical truths that are politically slanted and questionable?!

“9. Because the opportunity to discuss this issue, which exists today in some countries, such as Morocco, may not exist [in the future], so there is need to seize it and cement it before Zionist pressures eliminate it.

“10. Because doubting, questioning and reassessing [claims] is one of the rights of every free individual, which serves the freedom of research, thought and expression.

“Let me conclude with a shining example of proud free thinking that rejected coercion, pressures and bargaining. In the 1930s, France tried to solicit fatwas encouraging Muslims to receive French citizenship, so it could proclaim Algeria a province of France. The most prominent scholar [France] tried to enlist was the learned sheikh ‘Abd Al-Hamid bin Badis… When he heard the French [request], he said: ‘Even if France asked me to say ‘There is no God but Allah’ for its sake, I would refuse. So how could I possibly oblige it by issuing a fatwa about nationalizing [Algerian Muslims]?!”

[1] See MEMRI Special Dispatch No. 8000, International Union of Muslim Scholars, Which For Years Has Encouraged Jihad, Calls On The West To Prohibit The Discourse Of Hate, April 15, 2019.

[2] See MEMRI Special Dispatch No. 8076, Ramadan Religious Lesson By Muslim Brotherhood Spiritual Leader Sheikh Yousef Al-Qaradawi, Published By Qatari Government Daily: The Jews Opposed Muhammad, Therefore Allah Cursed Them And Turned Them Into Apes And Pigs; The Christians Were Stricken With Ideological Blindness And Strayed, May 21, 2019.

[4] See MEMRI TV Clip No. 7231, Antisemitism on Al-Jazeera Network: Israel Is Biggest Winner from Holocaust; It Uses the Same Justification to Annihilate the Palestinians, May 18, 2019. 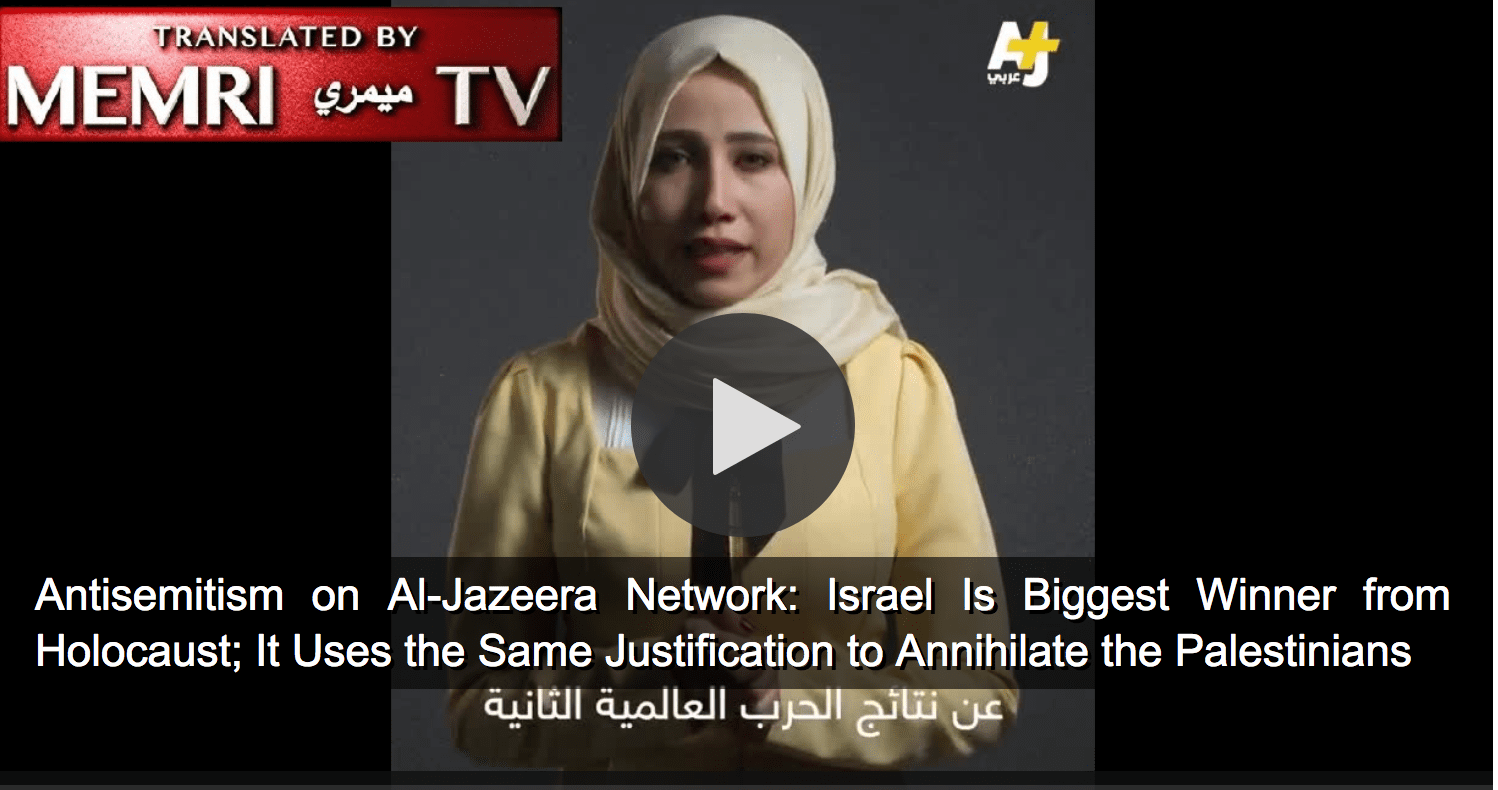