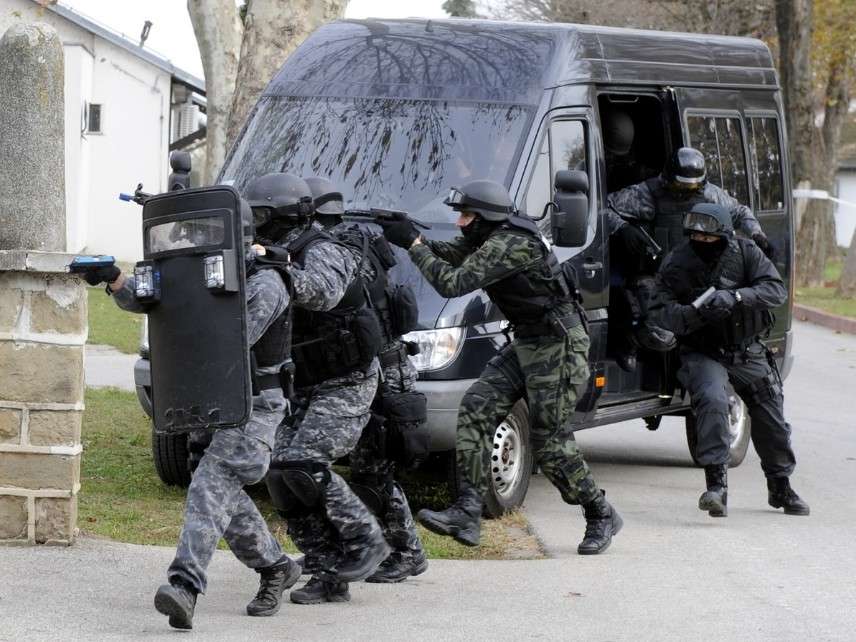 We’re going to assume your primary goal is to protect your firearms inventory from confiscation—any other conflicting goals should be set aside for a few minutes.

If defiantly putting a “Come and take it” sign in your front yard is most important to you, this article won’t be much benefit. But feel free to read on anyway.

By the way, that includes the above-mentioned sign. Avoid battles with Soros’ army of online trolls who are there to goad you into saying something inflammatory. Don’t talk about how many or what kind of weapons you own, and you sure as hell don’t want to post that info online, even if you think you’re anonymous. Paranoia has its place, assume everyone you talk to is recording the conversation.

Be wary of followers/friends

Discussion boards and social media sites often lead to familiarization; we see one another on our favorite sites and strike up a sort of online bond of brothers. We like one another’s comments, and post supportive replies. I have about 120 DISQUS followers (small compared to many), and I follow an equal number of like-minded individuals.

Some people “collect” followers and social media friends without vetting them—bad move. If your followers are posting batshit-crazy comments, or linking to articles from subversive sites, it can be used by others as evidence that you are not of sound mind—guilty by association.

Here is where you get baited by the “Man.” Example: following an article on Red Flag Laws, you see a flurry of chest-thumping comments threatening to take anyone out that comes after the poster’s guns. Don’t participate—you just signed your death warrant, or at least your guns away for life. Trust me when I tell you the federales have people on those discussion boards stirring up trouble. You may be hiding behind a really cool screen name, but it’s easily traceable right back to your IPN. I know…you use “protection”, but you’ll never know when that firewall has been penetrated.

If you ever publicly or privately state that you will do harm to law enforcement if they try to arrest you or enter your home, they can use that as justification for extreme measures…and could you really blame them? It’s best to just assume everyone in a discussion or comments section is an ATF/FBI agent or provocateur. You can bet they are reading this article and watching the comment section.

Never keep all of your firearms in one location

If friends or family know where everything you own is stored, you will lose it all during a confiscation. The unconstitutional taking of firearms without a hearing will leave you unable to defend yourself. Be creative.

Okay, on to the strategy of defeating a Red Flag confiscation

For several years I performed mental health assessments on people “someone” suspected of being a danger to themselves or others. Most often there was some merit to these claims, but I didn’t take anything for granted. I first determined if they knew who they were, where they were, and what day it was.

Then I went on to explore the applicant’s claim with the person—are you suicidal, do you wish to harm others, do you have the means to harm yourself or others? Have you ever attempted such an act? You get the picture.

In order to get a judge to sign off on a temporary commitment, I had to establish LEGAL justification for taking that individual’s liberty away for the next 72 hours. They had to be an IMMEDIATE threat to themselves or others, with the means and a plan, or history of the same.

If you are brought before a judge following a Red Flag raid, request an immediate mental health assessment (at the expense of the county or state).

If the court cannot establish clearly that you are an IMMEDIATE danger to yourself or others—the chances of making the confiscation stick are weak. A Red Flag confiscation rests on the state being able to determine there is an immediate and specific risk to you having access to firearms. If the judge refuses your request, make sure that gets entered into the record.

By the way, every county has someone on call to do emergency assessments prior to commitments. If you happen to draw an anti-gun nut for the evaluation, you still have the option of paying for your own evaluation later. The good news is, most mental health practitioners doing assessments aren’t licensed psychologists or psychiatrists, so if you end up paying someone, make certain they are. If your clinician professionally disagrees with the original assessor, their determination will outweigh someone of a lesser pedigree.

Know the mental health laws in your state

Every state has a legal definition of “Danger to self or others.” Know what they will be looking for. As you read this definition, you will see the wisdom in not giving anyone reason to question your mental state. Make certain whoever is doing this assessment knows that YOU know the state laws governing this issue.

This should be self-explanatory, right? This is not the time to pontificate about how unconstitutional the law is because the issue at stake is just your mental competence, and the justification (if any) for taking your property. Don’t add fuel to the flames.

If you aren’t in a legitimate gun club or similar organization, join one, and suggest they contract with an attorney who specializes in gun laws. It won’t be that expensive, and will certainly be cheaper than forfeiting your gun safe inventory.

I sincerely hope no one reading this ever has to fight for their Second Amendment rights in a courtroom, but if you do, I sure as hell want you to win!