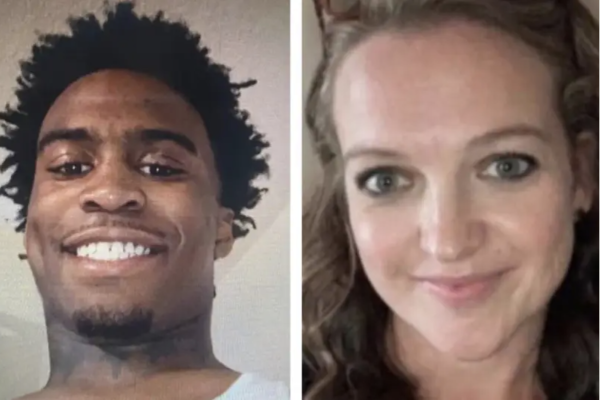 She was murdered in front of her daughter. [West Memphis nurse identified as mass shooting victim, WREG.com, September 8, 2022]:

WEST MEMPHIS, Ark. (WREG) — One of the victims in Wednesday night’s shootings has been identified by West Memphis officials as Allison Parker, a nurse who worked in the city.

Parker was a medical assistant at the Family Practice Center in West Memphis, according to a Facebook post by the practice.

She was reportedly killed at Poplar Avenue and Evergreen Street in Memphis, where the suspect is accused of shooting her in front of her daughter during one of the carjackings in the incident.

Ezekiel Kelly was captured Wednesday night after allegedly shooting seven people, killing four during a rampage that lasted for hours and was partially livestreamed on Facebook.

As the sirens and gunshots came to halt across Memphis, a community is left reeling.

“This has been a horrific week for the city of Memphis and the Memphis Police Department,” said Police Chief CJ Davis.

As investigators work to determine a motive for the rampage, West Memphis Police along with Mayor Marco McClendon have scheduled a citywide prayer vigil for Parker and other victims impacted by this tragedy Friday at 5:30 p.m. at West Memphis City Hall. Details are here.

“Our whole area needs prayer. Leaning on our faith, with most of us being Christian around here we definitely have to lean on him, lean on God for the strength,” Mayor Marco McClendon said.

“This has been a hard week. Recent violence and tragedy has our hearts heavy and our minds are filled with emotion. Along with other victims, we are saddened to say that yesterday’s senseless and violent spree in Memphis took the life of one of ASU Mid-South’s alumni and parent of one of our current students. Allison Parker graduated from the medical assistant program at ASU Mid-South in May 2012 with an Associate of Applied Science, and was working as a medical assistant at a clinic in West Memphis. Please join the ASU Mid-South family in sending prayers and condolences to her family.”

Get out of America’s major cities if you are white.