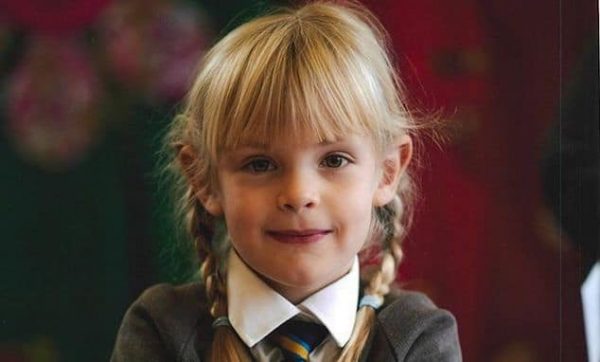 PK NOTE: Their Lives Matter Too. It’s a book you must pick up. Names you’ve never encountered, stories you’ve never read about, all for one, unmentionable reason: black on white murder.

I found myself mulling over a discussion in our class in History and Moral Philosophy. Mr. Dubois was talking about the disorders that preceded the breakup of the North American republic, back in the 20th century. According to him, there was a time just before they went down the drain when such crimes as murder were as common as dogfights. The Terror had not been just in North America — Russia and the British Isles had it, too, as well as other places. But it reached its peak in North America shortly before things went to pieces.

“Law-abiding people,” Dubois had told us, “hardly dared go into a public park at night. To do so was to risk attack by wolf packs of children, armed with chains, knives, home-made guns, bludgeons … to be hurt at least, robbed most certainly, injured for life probably — or even killed. This went on for years, right up to the war between the Russo-Anglo-American Alliance and the Chinese Hegemony. Murder, drug addiction, larceny, assault, and vandalism were commonplace. Nor were parks the only places — these things happened also on the streets in daylight, on school grounds, even inside school buildings. But parks were so notoriously unsafe that honest people stayed clear of them after dark.”

I had tried to imagine such things happening in our schools, I simply couldn’t. Nor in our parks. A park was a place for fun, not for getting hurt. As for getting killed in one —

Outside of a few websites, the story of seven-year-old Emily Jones is barely being told. And there’s a reason for it.

She was British, a young white little girl playing in a park with her family in the middle of the day. Though news is still breaking about what happened, we do know three things:

Elected officials have just one job as public servants: Guard against preventable evils. That’s statesmanship, and even at the local level it matters. But even if you have great leadership at the local, if those elected to national office fail, it trickles down everywhere. [Bolton stabbing inquest: Somalian immigrant kills 7 year old girl riding scooter in park,Scallywagandvagabond.com, April 2, 2020]

A seven-year-old girl was stabbed to death by a stranger woman in front of her father as she rode her scooter past a park bench on Mother’s Day, an inquest heard earlier this week in the UK.

Emily Jones was out ‘enjoying the spring sun’ with her family at Queen’s Park in Heaton, Bolton on March 22 when the 30-year-old unidentified woman, who was sitting on a wooden bench, stabbed the girl in the neck. Emergency services were called to the park at around 2.30 pm – with the child rushed to nearby Salford Royal Hospital, only for Emily to tragically die a short time later despite ‘best efforts’ of doctors, the UK’s Bolton News reported.

Acting Senior Coroner Alan Walsh, described Emily’s death as ‘one of the most tragic’, instances he’d presided over at the start of the inquest into the child’s death at Bolton Coroner’s Court.

‘I have been truly touched by the photographs of Emily that have been sent to me. I send my heartfelt condolences to Emily’s family and friends, but particularly to her parents, who were present in the park and her father, who was nearby,’ the coroner said.

‘In my 20 years as a coroner this is one of the most tragic deaths that I have dealt with and the loss of a beautiful, innocent, lively, intelligent and lovely seven-year-old in these circumstances is an unimaginable tragedy. I appreciate that Emily’s parents are beyond devastated and my sincere thoughts are with them at this enormously sad time,’ Walsh reiterated.

The 7 year old girl’s body has since been released for burial.

During the judicial inquiry, police coroner’s officer Rebecca Gardner told the court, ‘Emily was on her scooter playing. As she rode past a wooden bench, a female sat on the bench suddenly attacked Emily, stabbing her in the neck, causing catastrophic injury.’

‘Emily was taken to Salford Royal Hospital, but despite best efforts to save Emily her death was diagnosed at 15.56 hours that day.’ The court also heard that Emily’s autopsy found that she died as a result of an incised wound of the neck.

The accused woman was arrested at the park and has been detained under the Mental Health Act. She remains in a high-security facility. Social media identified the perpetrator as a Somalian immigrant. Authorities have yet to confirm the woman’s identity.

Meanwhile, the child’s family paid tribute to their daughter as they called her ‘the light of our lives’.

Told her parents who were not present in the court during the inquest, ‘She was always full of joy, love, and laughter. Emily had such a cheeky smile and was beautiful inside and out. She had a heart as big as her smile.’

Adding, ‘Emily was never happier than when she was spending time with her family and friends, she was our own little social butterfly. Emily had a passion for the outdoors and loved to play any sport, even when she was wearing her pink sparkly dresses.’

‘We are beyond devastated that this random act of violence means that we will never get to see our beautiful little girl grow up into the wonderful young lady she was showing such promise of becoming. It is truly heartbreaking to wake up to a world without Emily in it and we cannot comprehend why this has happened,’ the girl’s parents added.

“… we cannot comprehend why this has happened.”

Emily Jones, a seven-year-old white girl, couldn’t even ride her scooter at 2:30 p.m. in a British park… but we can help her parents understand why this absolutely devastating tragedy happened.

But were you to show a picture of this seven-year-old white girl to her great-grandfather who was at the heroic evacuation of Dunkirk, hoping for salvation and trip back to England, and you were to tell him of her fate at the hand of a Somalian immigrant as she rode her scooter in broad daylight, do you think he’d return to fight for King and Country?

The horror of what happened to you rests not just in the hands of the Somalian immigrant who murdered you, but almost solely on the shoulders of those who decided mass immigration to the United Kingdom (and Sweden, Germany, France, the United States, Canada, Australia…) was an idea worth pursuing.

Enoch Powell warned the British people what was coming; Robert Heinlein seemed to understand one possible solution to the madness of democracy.