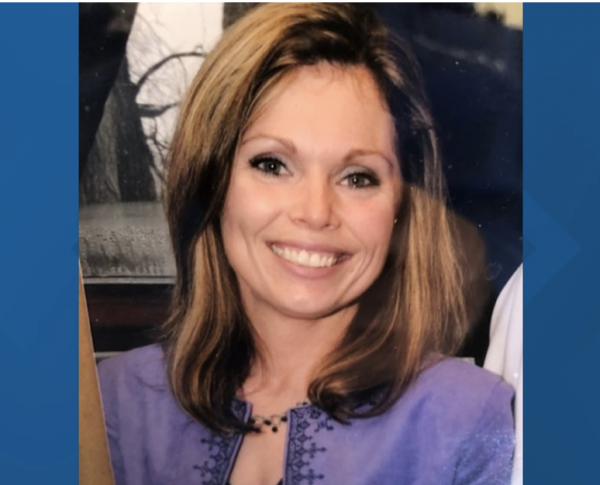 A white mother of four, working at a 7-Eleven, is murdered by a black male in a random, “senseless” robbery gone wrong.

Lynn Marie Maher was an employee of 7-Eleven, who worked as a convenience store clerk. She was a white mother of four, and was murdered at 1 a.m. by a black male.

Were white privilege, systemic racism, implicit bias, structural racism, and even a hint of white supremacy a reality in America, Lynn Marie Maher would never have been toiling away at a job with 7-Eleven at 1 a.m., putting her at risk of a black robber while her four children slept.

Her Name is Lynn Marie Maher. [‘Senseless’: Woman Working at 7-Eleven Fatally Shot in Waldorf: Lynn Marie Maher, 49, was a mom of four who was married to her high school sweetheart, NBC Washington, October 1, 2020]:

A woman working at a convenience store in Waldorf, Maryland, was fatally shot early Thursday by a man who announced a robbery, officials say.

The victim, 49-year-old Lynn Marie Maher, of White Plains, Maryland, died from her injuries on the scene. The Charles County Sheriff’s Office initially gave her first name as Linda.

Maher was a mother of four who was married to her high school sweetheart.

“My brother’s grieving,” said Maher’s brother-in-law, hours after the crime. “There’s so much pain there. It’s a senseless, senseless tragic killing.”

Lynn Maher and her husband, Travis, were high school sweethearts at Seneca Valley High School in Germantown, who went their separate ways and later reconnected, their family member said. They rekindled their love in Iowa, married and moved back to Maryland about 10 years ago.

Maher was working at the 7-Eleven at 3370 Middleton Road when she was slain, the Charles County Sheriff’s Office said.

“He apparently approached the clerk, produced a gun, announced a robbery and during that robbery he shot and killed the clerk,” Richardson said.

After the robber got the money, he shot Maher and then fled, Charles County authorities said in a release Thursday.

The sheriff’s office has surveillance footage, which they are examining. Any video of the suspect will be released as soon as possible, Richardson said.

Maher loved her job. On Thursday, her regular customers brought flowers to the scene of the tragedy to honor their friend.

“I’ve been coming since they opened, so I’m really hurt that this has happened to her and that it’s happened to our community,” one woman said through tears.

Maher also had a blackbelt in taekwondo.

“She loved teaching the kids,” her brother-in-law said. “That was her calling. She just wanted to help the children, help other kids, especially underprivileged kids.”

Officials believe Maher was working alone when she was killed but that customers were either in the store or nearby.

Were white privilege real, Lynn Marie Maher.would never have been working at a 7-Eleven at 1 a.m.

Also, were even a hint of white privilege real, everyone in America would know a black male murdered Lynn Marie Maher.at 1 a.m. as she worked at a 7-Eleven.