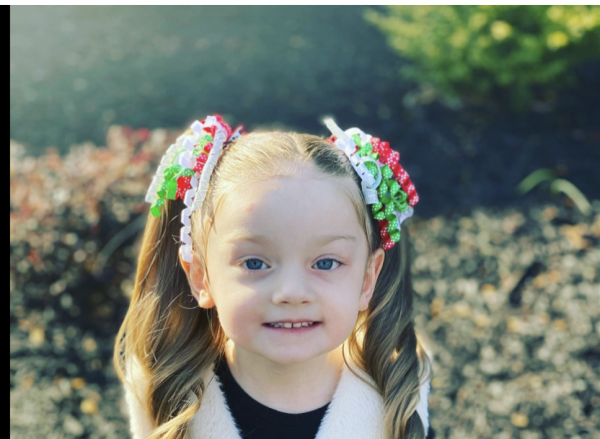 “It’s not crazy when the state of the world makes you want to kill everyone responsible. It’s crazy when it doesn’t.” – Frank Castle, The Punisher

The moment you have a child, your life changes. The world becomes small and the problems plaguing other people are insignificant and trivial. All that matters are your kids and the life you can offer them. But when you read of evil impacting other children, you immediately think of your kids and the villainy others engage in becomes yet another reason for insulating them from the horrors of modernity.

The name Cannon Hinnant nearly ended what was started here in May of 2009, because the horror of his murder and the lack of a response by the corporate media were a melancholy reminder white lives don’t matter.

But then you realize someone has to speak for the dead, even when it is not politically opportune. You must say their name, because to silence yourself is to act as if they never existed.

Her Name is Victoria “Tori” Rose Smith. She was a three-year-old white girl, murdered by two blacks. [Tragedy In The Upstate: Details In The Case Of The Adopted SC 3-Year-Old Beaten To Death, Fitsnews.com, January 20, 2021]:

The tragic story of the 3-year-old Simpsonville, South Carolina girl beaten to death is sending shockwaves through the Upstate.

Jerry Austin Robinson, 34, and Ariel Robinson, 29, were both charged with homicide by child abuse in the January 14 death of her adopted daughter Victoria “Tori” Rose Smith, according to a release from the South Carolina State Law Enforcement Division (SLED).

Ariel Robinson is best known for winning season 20 of “Worst Cooks in America” on the Food Network in August. According to her website, Ariel was a middle school teacher trying to make it as a stand-up comic, radio host and TV personality.

“How she does it all, we will never know!” Ariel’s website says. “Just prepare yourself for one rollercoaster ride you won’t want to get off of!”

Ariel Robinson had a podcast with her husband, who was also arrested for homicide by child abuse.

On her Facebook page, she shared several pictures of her adopted daughter named Tori (short for Victoria).

Police have released few details in the case, which was investigated by SLED.

Simpsonville Police were called to the Robinson’s home around 2:25 p.m. after a child was found unresponsive, according to multiple media reports.

The child — Victoria “Tori” Rose Smith — was taken to the hospital where she was pronounced dead.

Ariel and Jerry Robinson are accused of “inflicting a series of blunt force injuries” which caused Tori Robinson’s death on Jan. 14, according to arrest warrants in the case (see below).

Little girls should be playing with dolls. They should be tying their hair back in bows and going on daddy/daughter dates.

Only in a world as evil as ours should we read of what happened to Victoria “Tori” Rose Smith.

If white privilege/systemic racism/implicit bias/white supremacy/redlining existed, the black murderers of Victoria “Tori” Rose Smith would be the only story you’d be reading about from the corporate press and hearing stories about on cable television or network news.

But Victoria “Tori” Rose Smith was a three-year-old white girl. Her life didn’t matter, because we are constantly told all white people are racist and benefit from unearned privilege.

Rest in peace, Victoria. You deserved a full life and love.

The silence surrounding your death and the individuals who murdered you are a reminder white lives don’t matter.