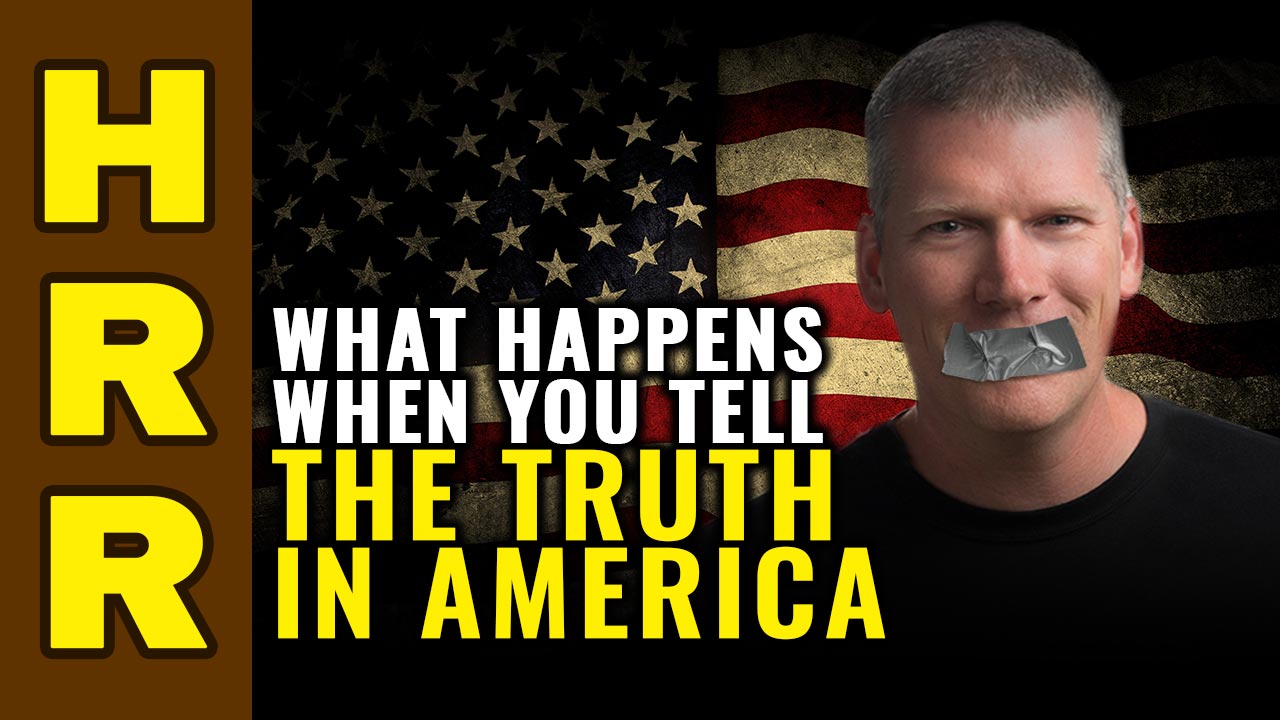 (Natural News) If you’re ever wondered what happens to you when you tell the truth in America, I’ve posted a podcast that details the stunning sequence of attacks that will target you to silence your words.

It doesn’t matter whether you’re telling the truth about vaccines, Big Pharma, the Federal Reserve, the military industrial complex, the filthy food industry, toxic pesticides, corrupt doctors or the LGBT / pedophilia agenda… you’ll be treated in exactly the same way.

You will be de-platformed, shadowbanned, smeared, defamed, blacklisted, vilified and your platform will be demonetized. You’ll be de-listed by Google, banned from Twitter, demonized by the corrupt medical system and slandered as a fraud.

This goes for anyone who dares challenge the corrupt establishment on any front. Look at what they did to Julian Assange and Edward Snowden. Observe the three years of malicious smears against Donald Trump and Alex Jones. Think about how the corrupt, criminal tech giants coordinated their massive de-platforming campaign to target all Christians and Trump supporters. Notice the coordinate vaccine propaganda that parroted daily by the obedient, scientifically illiterate news media that blindly demands everybody be injected with anything the government labels a “vaccine.”

You are watching the destruction of human knowledge and the annihilation of truth. The effort is coordinated and well-funded. It is, essentially, a form of terrorism for your mind… a kind of mental violence that’s carried out to isolate human beings from real knowledge and real truth on any subject.

“They” don’t want you to know the real history of how we came to be. (Especially not pre-history and the origins of humankind.) They don’t want you to realize you’re nothing but a slave, a cog in their “tax farm” system, and that the globalists in charge of the planet are actively trying to exterminate 90% of the human population. They don’t want you to know that vaccines are deliberately engineered to spread infectious disease; that the stock market is a rigged Ponzi scheme and that nearly every large government around the world will soon default on its obligations, collapsing into financial oblivion.

And they sure don’t want you to realize that God is real, that the Bible documents true prophecy and that technology is not your god. (No, human consciousness will never “merge” with the machines, despite the lunatic hyped-up promises of Elon Musk.)

“They” don’t want you to be armed with knowledge of any kind. Almost everything you are taught by the establishment is “fake knowledge” or “anti-knowledge.” Facts are the enemy of the global elite, and the mass awakening to which we have contributed over the years is the single greatest threat to the globalist stranglehold over human consciousness and human progress.

Every person who attempts to awaken or empower human beings must be destroyed in order for the satanic globalist agenda to succeed. That’s why every voice of truth must be silenced, so that the entire internet is dominated with lies and deliberate disinformation, trapping human beings in a cycle of ignorance and servitude, a prelude to your destruction.

Listen to my full podcast (below) for more details of how modern society has become an authoritarian dictatorship that bans the freedom to think. Revisit the words of people who have long been right about what’s really happening. Steve Quayle and David Icke, for example, should be celebrated as heroes of humanity.

And check out the following websites we publish if you want to stay informed about reality, rather than living in the artificial construct that has been created for your mind by the anti-human globalists:

Censored.news delivers near-real-time news headlines from the most censored websites on the ‘net.

Thoughtpolice.news covers the authoritarian thought police that now dictate what you’re allowed to think or say.

Brighteon.com is the free speech alternative video platform, and we’ll be rolling out version 2.0 in early June, with many new improvements and better protections against censorship by internet infrastructure providers.

See more of my truth videos at Counterthink.com or the Health Ranger channel at Brighteon.com.