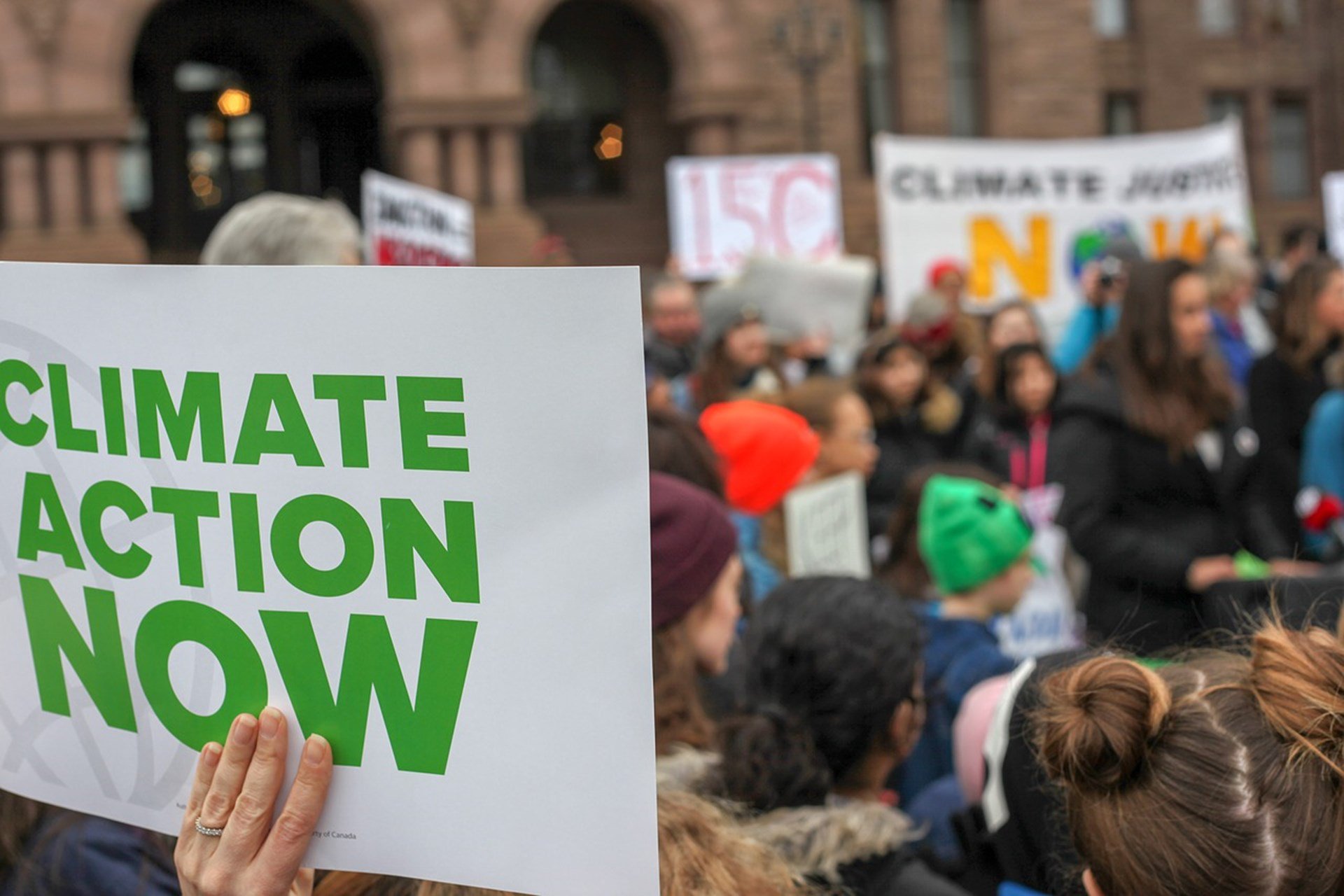 When you’re several decades older than Greta Thunberg, her impassioned warning of impending doom hits you differently than it may college students or early twentysomethings. In a word, it sounded “familiar.”

I’m not just talking about the climate change movement, nor exclusively about the left side of the political spectrum. I’ve been hearing about impending doom that can only be averted by massive increases in the size and scope of government my whole life, from both the right and the left.

Fearmongering by the Right

The earliest example I remember came from the right. During the 1980s, the airwaves were flooded with reports on the military superiority of the Soviet Union. I don’t mean their nuclear weapons capabilities, which were and remain a valid cause for concern, as are those of every nuclear-armed government. No, the American public was saturated with reports of the Soviet Union’s superiority in waging conventional war, with planes, tanks, ground troops, etc.

The only solution, said the Reagan administration, was massive increases in military spending, which not only doubled the size of the federal government overall during Reagan’s two terms but started a trend of massive military spending that continues to this day. The conventional wisdom of the right says it was this spending that caused the Soviet Union to collapse because they tried to keep up and couldn’t. It wasn’t. The Soviet Union collapsed because of its communist economic system, which former KGB agent Vladimir Putin admitted in 2009 when he said,

In the 20th century, the Soviet Union made the state’s role absolute. In the long run, this made the Soviet economy totally uncompetitive. This lesson cost us dearly. I am sure nobody wants to see it repeated.

The truth is, the Soviets were never a military threat, outside their nukes, which Reagan’s spending did nothing to deter. Poor countries generally don’t win conventional wars against much richer ones. Knowing that now, would you like to have those trillions in unnecessary military spending back?

The 1980s also saw a massive increase in the so-called “War on Drugs.” Capitalizing on the tragic death of basketball player Len Bias, drug warriors succeeded in convincing the American public that only draconian drug laws and sentencing guidelines could save their children from certain death due to an imminent, nationwide epidemic of drug addiction. The legislation pushed through on the heels of this fear-mongering resulted in the mass incarceration of generations of disproportionately black and brown people, many for as little as possessing too much marijuana, which is now legal in more than half of US states.

Knowing what you know today, would you like to have those millions of destroyed lives and families back?

In 2003, with the American public still shell shocked from the 9/11 attacks, the George W. Bush administration embarked upon a fear campaign similar to the Reagan administration’s Soviet scare featuring an even less plausible boogeyman: Saddam Hussein. Hussein was a ruthless dictator and a generally bad guy, but he was never a threat to US national security. The Bush administration evoked images of massive chemical weapons attacks and even “a mushroom cloud” in a major US city. It was all baloney.

Knowing what you know today, would you like to have the Iraq War back?

Fearmongering by the Left

So, what does all this have to do with climate change? Environmentalists are using the same tactics, only for different ends. Right-wingers often revere the military and law enforcement. For all their talk about “small government,” no increase in either would be too much for many of them.

They’ve generally got what they’ve wanted in those areas by employing a thus far foolproof tactic that goes something like this: Oh my God! I’ve discovered a dire threat to all our lives and civilization as we know it. And believe it or not, the only solution is for you to give me everything I’ve ever wanted politically.

Shouldn’t any thinking person be suspicious of this? Would it not have benefitted Americans, left, right or otherwise, to have been more skeptical of claims like this before the War on Drugs or the Iraq War?

I’m not trying to convince liberals there is nothing to the anthropogenic climate change theory. But I am calling attention to the fact that the very same tactic that gave us the Iraq War, the largest prison population in the history of the world, and an out-of-control national debt due largely to unnecessary military spending is now being used to achieve a political result to address climate change.

Let’s not forget that before the fall of the Soviet Union and China’s dramatic turn away from communism and towards a market economy, the hard left’s chief argument against free markets had nothing to do with the environment. For most of the 20th century, they claimed that full-on communism or socialism was a better economic system. It was only when its failure in so many places became impossible to deny that the focus shifted to the environment. The United Nations Framework Convention on Climate Change (UNFCCC) didn’t form until 1992, the year after the Soviet Union disappeared and just after China’s market reforms got underway.

Coincidence? Maybe, but shouldn’t it at least raise an eyebrow? How can anyone be blamed for skepticism when the very same people who wanted a centrally planned economy based on its economic merits suddenly discover it’s the only way to “save the planet”? Shouldn’t that give pause to even a true believer in climate change?

This is before even asking the question of whether giving the government these sweeping new powers (not to mention trillions more of our dollars) would actually solve the stated problem. Past experience should make us skeptical of this, too. Did the War on Drugs result in fewer drugs on the street? Did the Iraq War result in less terrorism? Believing the government is suddenly going to be wildly successful based purely on its doing the bidding of the other political tribe seems more like religious faith than reason.

The Poor Will Suffer Most

One thing Greta Thunberg’s speech is honest about, at least indirectly, is that adopting the drastic environmental measures called for by the hard left will make us poorer. She derisively asks how any of us can even talk about “economic growth.” That’s easy for Thunberg and other First-Worlders to say, given what this will cost them vs. what it will cost truly poor people, of which there are very few in the United States or Sweden.

The truth is eliminating fossil fuels at the rate the hard left suggests could cost billions of poor people their lives, not merely their hamburgers. Given that grim reality and the poor track record of drastic government solutions adopted in an atmosphere of fear, a healthy skepticism toward the hard left’s claims and demands related to climate change should not only be tolerated but encouraged.

Tom Mullen is the author of Where Do Conservatives and Liberals Come From? And What Ever Happened to Life, Liberty and the Pursuit of Happiness? and A Return to Common Sense: Reawakening Liberty in the Inhabitants of America. For more information and more of Tom’s writing, visit www.tommullen.net.