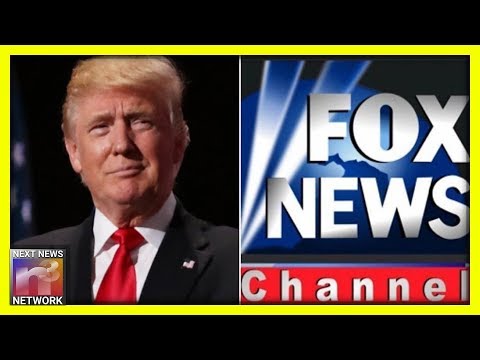 Traditional conservatives have likely noticed that Fox News is becoming more and more liberal these days.

President Trump certainly has, and recently unloaded on Fox News via Twitter.

Gary Franchi has the whole story in today’s Next News Network video:

Let’s just get straight to it…

Watching @FoxNews weekend anchors is worse than watching low ratings Fake News @CNN, or Lyin’ Brian Williams (remember when he totally fabricated a War Story trying to make himself into a hero, & got fired. A very dishonest journalist!) and the crew of degenerate……

…..Comcast (NBC/MSNBC) Trump haters, who do whatever Brian & Steve tell them to do. Like CNN, NBC is also way down in the ratings. But @FoxNews, who failed in getting the very BORING Dem debates, is now loading up with Democrats & even using Fake unsourced @nytimes as….

…a “source” of information (ask the Times what they paid for the Boston Globe, & what they sold it for (lost 1.5 Billion Dollars), or their old headquarters building disaster, or their unfunded liability? @FoxNews is changing fast, but they forgot the people who got them there!

Read it all at here…

A good example would be the people that they have either suspended or kicked to the curb.

Their viewers just won’t allow them to cut the likes of Judge Jeanine.

But they certainly tried.

Fox News seems to be overly concerned with their “fair and balanced” mantra and is simply allowing the network to be overrun by liberals.

“Fair and balanced” is slowly becoming the same propaganda that we find on the other networks.

The fix is in America.

If Fox News will not support a REPUBLICAN INCUMBENT president then Trump certainly has an uphill battle for 2020.