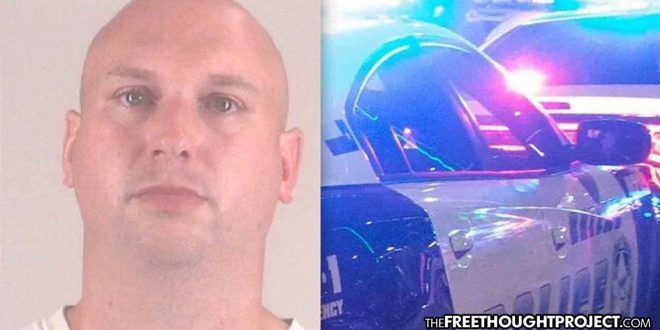 According to the federal criminal complaint, Collins, a 35-year-old senior corporal assigned to Dallas Police Department’s Auto Theft Unit, was charged via criminal complaint with transportation of child pornography.

“Law enforcement officers take an oath to protect and serve,” said U.S. Attorney Erin Nealy Cox. “This defendant allegedly undermined that vow, preying upon our most vulnerable. The Department of Justice will not tolerate the exploitation of children – especially by our public servants.”

An IT expert in Dallas later traced the IP addresses for the uploads and found them to be coming from the City of Dallas internet network. Investigators determined that the same Google accounts were also accessed from Collin’s residence, according to the federal complaint.

In an interview with federal agents, Collins allegedly admitted to accessing the Google accounts and saving child pornography, according to court documents.

Despite admitting to the heinous acts of exploiting children through the uploading of child pornography, Collin is still on the job. He has only been placed on paid administrative leave pending the results of an internal investigation.

But his blue privilege didn’t stop there.

Likely due to his police officer status, Magistrate Judge David L. Horan denied the government’s motion for detention and granted Collins’ release on a personal recognizance bond. Imagine that. While people are paying thousands to bail themselves out over an arrest for possessing an arbitrary substance deemed illegal by the state, this child predator is allowed to walk out — bail free.

WFAA reports that Collins has been released pending trial and must comply with conditions, which include no unsupervised contact with minors, no possession of pornographic material or any internet-capable devices.

He also had been placed on a house curfew and is not allowed to travel outside the Northern District of Texas without permission from pretrial services, according to federal documents.

If convicted of the crimes — which he already admitted to doing — Collins faces 20 years behind bars of which he should do every single one of them. Not only was this monster preying on society’s most vulnerable but he was doing so on the taxpayers’ dime, while on duty, and held a position in which society placed their trust in him.

For betraying that trust, this pedophile should face far harsher consequences than a regular citizen. Unfortunately, however, this is actually the opposite of what normally happens. Most cops who abuse and prey on children get off with wrist slaps with many of them doing no jail at all.