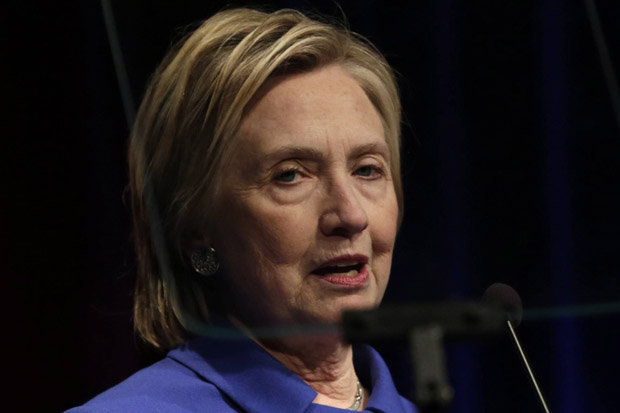 This is long, long overdue. Clinton is an enemy of the state.

HILLARY CLINTON HAS GIVEN UP HER SECURITY CLEARANCE IN THE WAKE OF THE SCANDAL OVER HER HANDLING OF SECRET INFORMATION ON HER EMAIL SERVER, THE SENATE JUDICIARY COMMITTEE REVEALED FRIDAY.

Chairman Charles E. Grassley also revealed top Clinton aide Cheryl Mills and four others no longer have clearance.
Mrs. Clinton’s clearance expired at the end of August. The others lost their access privileges in September.

The state department, in a letter to Mr. Grassley, had said Mrs. Clinton and her aids retained clearance in order to conduct research after she left office.

The names of the four additional aids besides Ms. Mills were redacted from the state department letter that the committee released.