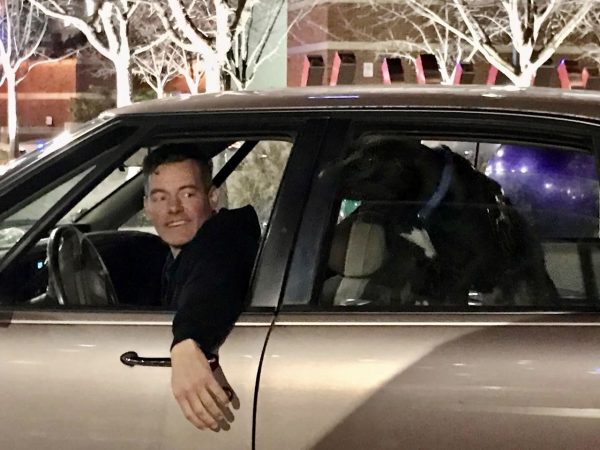 We all know what happened in Woodlawn, a 51 percent black, 23 percent white neighborhood in Birmingham, Alabama.

We all know who murdered David Gibbs Westbrook.

David Gibbs Westbrook was a white man, a researcher at UAB. His last moments on earth were driving home in Birmingham, where unfortunately he would never make it home. As the city continues to gentrify, violence is still a reality of life for white pioneers.

His name is David Gibbs Westbrook. [UAB researcher shot to death in Birmingham always helped others: ‘Everybody is just reeling’, Al.com, May 26, 2022]:

The killing of a UAB researcher and Birmingham community supporter has stunned those who knew and loved him.

David Gibbs Westbrook Jr., 50, was found shot Monday night when his vehicle crashed into a utility pole in east Birmingham.

Police from the city’s East Precinct were dispatched just before 11 p.m. to 135 54th Street North after Shot Spotter alerted them to gunfire in the area.

Once on the scene, they found an SUV had crashed into a utility pole, said Officer Truman Fitzgerald. They quickly determined the driver had been shot.

Birmingham Fire and Rescue Service pronounced Westbrook dead on the scene at 11:16 p.m.

The investigation is ongoing, and no arrests have been made.

Sgt. Rod Mauldin on Thursday said authorities have not ruled out the possibility that Westbrook was killed during a robbery or carjacking attempt.

“I just can’t imagine him being targeted,’’ Jefferson said.

The way in which Westbrook died was contradictory to the way he lived, his friends said.

“He was just one of the most kind human beings out there,’’ Jefferson said.

“If he had a dollar in his pocket and a homeless person walked up to him, he would hand it to him even if it was all he had left.”

Westbrook, an Arkansas native, was the manager of the Christian Faul Lab at UAB’s Heersink School of Medicine and had worked at UAB and in academic research for more than 25 years.

He had a degree in microbiology from the University of Arkansas and studied infectious diseases and food safety at Alabama A&M University.

Though not originally from Alabama, Westbrook quickly immersed himself in the Birmingham community.

He was a familiar face at the Sidewalk Film Festival, and supported art in all its forms.

He frequented Back Forty Beer Company, The Nick, Bottletree Café and Saturn, just to name a few of his favorite haunts. He was a big fan of Star Wars, Marvel films, and Taylor Swift.

Westbrook loved getting ice cream, and cat sitting for his friends when they went out of town.

Friends say you knew where he stood on polarizing issues, though he always expressed his beliefs and opinions with kindness.

Saturn owner Brian Scott Teasley described Westbrook as a “really sweet human” who never wanted to be the center of attention.

“He was immensely kind and supportive and will be incredibly missed,’’ Teasley said.

“All this gun violence is really eroding any faith that I have in humanity, and it is destroying any sense that we have the very basic ability to make logical choices about what it takes to create a safe society for which all of us can live.”

David Gibbs Westbrook was a white pioneer attempting to gentrify Birmingham. He was murdered by a yet unidentified black male, randomly shot as he drove to his home.

We all know this to be true.

David Gibbs Westbrook is just another victim of black on white gun crime, but such a crime is virtually unmentionable in even red state Alabama, because highlighting the reality of interracial crime would bring down the foundations of post-1964 Civil Rights Act America.

Blacks must always be the victims, and must never be held accountable for their actions.