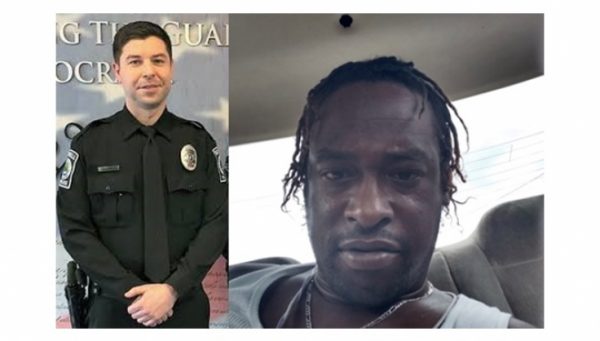 PK NOTE: Their Lives Matter Too. It’s a book you must pick up. Names you’ve never encountered, stories you’ve never read about, all for one, unmentionable reason: black on white murder. We were never supposed to notice what’s happening. We were never supposed to catalogue the names and tell their stories. But we did. But we have. Their Lives Matter Too.

During the nationwide insanity surrounding the fentanyl-induced (perhaps meth inspired also) death of George Floyd, a Black Lives Matter-inspired murder of a white cop occurred in Bothell, Washington. It received virtually zero coverage from the corporate media and was barely a blip in even so-called “conservative” digital media.

BOTHELL, WA – Another officer was murdered attempting to protect the citizens of his community on Monday evening.

Officer Johnathan Shoop, 32, was gunned down as he attempted to make a traffic stop on a Black, Pontiac G6 driving on Highway 522 in Bothell, Washington at approximately 9:40 pm on the evening of Monday, July 13, 2020.

The traffic stop gave way to a short car chase in which the driver, 37-year-old Henry E. Washington hit a pedestrian on a scooter in a crosswalk and then barreled through the center median and stopped along the 10300 block of Woodinville Dr.

At this time, according to details written in a press release by Officer Aaron Snell of the Snohomish County Multiple Agency Response Team, who is currently investigating the incident, stated:

Assisting officers arrived on the scene to find both officers in the SUV had been shot, with Shoop in the driver’s seat. He was pronounced dead at the scene.

He was taken to King County jail at approximately 3:04 AM and booked into jail on Investigation of Homicide, Felony Assault, and Vehicular Assault.

Officer Shoop was, of course, white. Reports say that the suspect is black.

Given all the racial tension right now, one would think the media would be swarming on that topic.

Yet, a white cop was murdered by a black suspect and almost 48 hours later main stream media is silent.

Why is this particular murder not receiving continuous news coverage?

Could it be because the suspect is a Black Lives Matter “activist,” and it doesn’t quite fit the narrative currently being pushed all over the mainstream media?

Online screen grabs shared by noqeport.com show the suspect, Henry Eugene Washington, in several pictures holding large amounts of cash, multiple types of drugs, and firearms and a clear depiction of his alignment with the Black Lives Matter movement by way of a banner on his profile picture and multiple posts supporting their cause.

Washington is allegedly supporting a “peaceful” movement for the Black Lives Matter Organization, yet he was quick to gun down an officer in cold blood. An officer who was simply attempting to make a traffic stop?

Oh, and let’s not forget the completely innocent bystander that was mowed down in his attempt to flee from police.

Had George Floyd killed Officer Derek Chauvin in Minneapolis during the latter’s arrest of the black suspect, no one outside of Minneapolis would know the story of the white police officer murdered by a black criminal.

Flip the script, and cities are burning nationwide.

White lives don’t matter, unless they are police officers taking the life of a black career criminal. Then, cities must burn.

His name is Officer Johnathan Shoop.