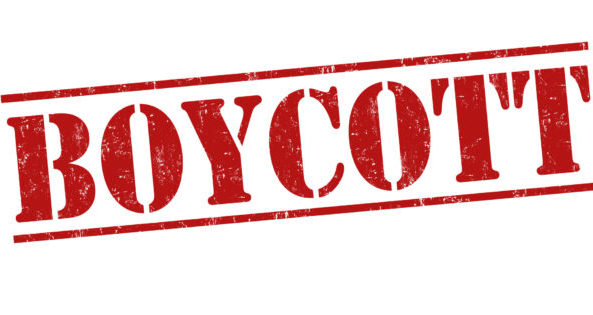 Several Hollywood actors are calling for a boycott of Georgia’s film industry after Republican Brian Kemp officially won the state’s gubernatorial contest against Democrat Stacey Abrams. But like the threats to move to Canada if Donald Trump won in 2016, these are also more than likely going to be hollow.

To all my friends who are studio and network executives, if you choose to shoot movies and tv in Georgia, don’t bother to call me. https://t.co/gtIKNJBhNF

There are over 20 productions shooting in Georgia.

Is the entertainment industry willing to support the economy of a totally corrupt state that suppresses democracy; where the winner isn’t the best choice for the people but the best schemer or crook?

Before Kemp was even certified as the official victor, actors were already threatening to boycott working in Georgia, a state with a large film industry that’s been dubbed the Hollywood of the South; complete with a hashtag: #boycottGeorgia

Brian Kemp is a corrupt, homophobic, unapologetic disenfranchiser of African American voters. If he seizes power, Hollywood needs to use it’s leverage and pull out of Georgia. Studios need to put their money where their mouth is and stand up to hate. #boycottgeorgia

Billions of Hollywood dollars spent and created in GA. We can do something about this.#boycottgeorgia https://t.co/S4AIxboFR4

Abrams has since responded to the calls for a boycott from Hollywood elitists, saying that while she appreciates Hollywood’s calls for action, she does not want them to hurt people who make a living in the state’s film industry. Instead, the Democratic politician wants the actors to get involved in a new voting rights organization she is launching called “Fair Fight Georgia.”

I appreciate the calls to action, but I ask all of our entertainment industry friends to support #FairFightGA – but please do not #boycottgeorgia. The hard-working Georgians who serve on crews & make a living here are not to blame. I promise: We will fight – and we will win.

Abrams has said that she has plans to run for office again. In a Sunday morning interview with CNN’s Jake Tapper, she refused to call Kemp a “legitimate” governor and claimed there was “a deliberate and intentional disinvestment and I think destruction of the administration of elections in the state of Georgia.”

.@jaketapper: “Do you think there was deliberate interference in the election?”

Former Georgia governor candidate @staceyabrams: “Yes … There was a deliberate and intentional disinvestment and I think destruction of the administration of elections in the state of Georgia.” pic.twitter.com/ENIa19QMDI

Abrams mounted several lawsuits over the election results and repeatedly declared she wouldn’t admit defeat until every vote was counted. Abrams did eventually acknowledge that Kemp would be the winner of the election, she refused to call her speech a “concession” because a “concession means to acknowledge an action is right, true, or proper,” according to a report by The Western Journal. This action seems to upset the elitists in Hollywood. While their own state of California burns to the ground, they are concerned about another state across the country in which they don’t live. If there’s ever been a bigger group of hypocrites to roam the earth than liberal celebrities, we’ve yet to discover them.