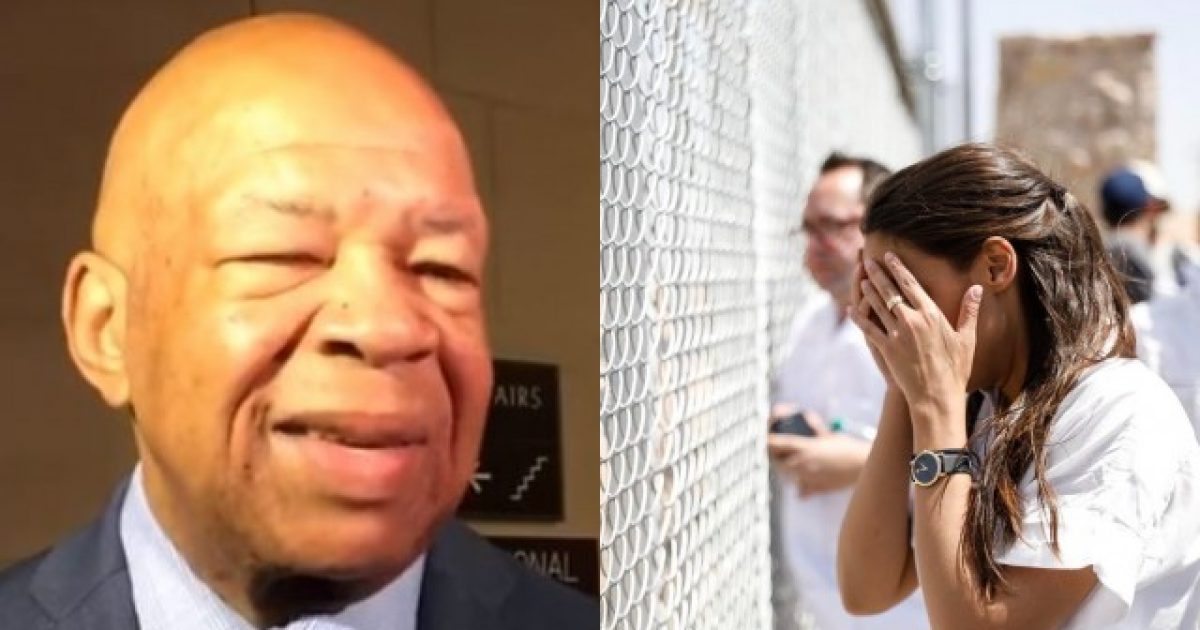 (NationalSentinel) Fed up with the “rude” and “disruptive” behavior of staffers for Democrat lawmakers, the Department of Homeland Security has barred them from visiting border facilities, Fox News reports.

Specifically, the report said, DHS has banned staffers from the House Oversight Committee, which is chaired by Rep. Elijah Cummings (D-Md.), from visiting Customs and Border Protection facilities along the southwest border with Mexico as they were planning a trip this week because the last time they visited they were “disruptive” and would not follow agents’ instructions.

…[S]ources told Fox News that DHS has revoked access to CBP facilities for the upcoming visit, citing staff behavior that “interfered” with law enforcement operations — including refusing to leave one site after their scheduled window, skipping some tours and being “rude” to officers. A DHS official said that ICE visits will still be allowed this week, but with a two-hour time limit. One of those visits took place on Tuesday.

“Due to the operational burden placed on the field by their refusal to comply with instruction during last week’s STAFFDEL [staff delegation visit], CBP pulled the trip in which more site visits were to take place at CBP and ICE facilities this week,” a senior DHS official told Fox News in an email Wednesday.

One Democratic source suggested to the network that DHS cancelled the visit because of what staffers were seeing in the facilities, but DHS rejected that noting that facilities are well-run, if crowded and busy, and migrants detained there are taken care of.

For instance, last week after a visit to one of the first facilities on the committee staff’s scheduled, DHS Assistance Secretary of Legislative Affairs Christine Ciccone wrote to Cummings to inform him that because of his staff’s violations of guidelines, their planned return trip would not be permitted.

It seems that Democratic staffers are more interested in creating scenes and politicizing their visits than actually learning about what’s really going on.

“During discussions between Department and Committee staff, however, the Committee staff repeatedly stated that they do not intend to abide by DHS guidelines,” Ciccone wrote in the letter obtained by Fox News.

“In light of this, we are unable to accommodate your staff’s visit … unless we receive a firm commitment that the Committee and its staff will comply fully with all existing guidelines and policies.” (Related: U.S. Border Patrol chief to Congress: ‘Humanitarian AND security crisis’ exists along U.S. border (Video)

She noted further that the staff’s attempts to “conduct interviews and take photographs” without limitations are “a significant deviation” from DHS policy and “could jeopardize” the department’s ability to meet legal obligations.

The evening before last week’s visit, DHS officials said they had a “late-night” phone conversation with committee staff in which they were urged to “respect officers on the ground” and to not “disrupt business” at facilities.

And yet, according to a CBP official, the committee’s chief counsel, who led the delegation which began in Yuma, Ariz., “refused to leave the facility after the hour-long tour,” despite agreeing to a 45-minute tour at each location.

In addition, Committee Ranking Member Jim Jordan (R-Ohio) said in a letter to Cummings that Democratic staff actually crossed into Mexico “without consultation from the Department of State.” He added the Democratic staff was “rude” and “dismissive” of law enforcement officials during the visit.

“One aspect missing from your staff travel to date has been any interest in the well-being of, or resources provided to, the brave men and women who serve to secure our border,” Jordan added. “Several Border Patrol agents told us the nasty rhetoric from Democrats in Congress—one Member of this committee even likened them to Nazis — hurts morale and makes some agents reluctant to tell people what they do for a living.”

Rep. Jordan was referring to was Rep. Alexandria Ocasio-Cortez, D-N.Y., who has referred to border facilities as “concentration camps on the Southern Border.”

Let us know what you think about this in the comments below!