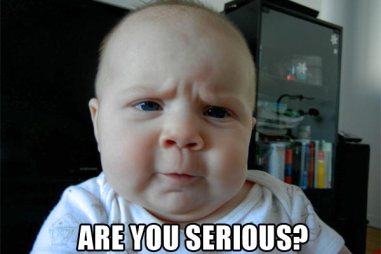 The city of Seattle wants citizens to put up the homeless in their backyards. As many noted at the time of my blog post, this is not a good idea. Now we have the perfect example as to why you shouldn’t allow strangers to live in your backyard.

The city of Bellevue is located in King County, east of Seattle. They do not have a homeless crisis equal to Seattle’s, not even close to the numbers.

But they do have enough homeless that the city recently adopted new land use codes to address how and where a homeless shelter can be sited. The overall arching policy goals include, “regulate homeless services uses without criminalizing homelessness.”

The news below is going to be hard for the city’s human services manager to spin on Monday.

From MyNorthwest.com: A woman stabbed an elderly couple at their Bellevue home and tried to set fire to it Saturday afternoon, police say.

Officers arrived to the scene in the 16200 block of SE 31st Street and found a 76-year-old woman bleeding in the street. Another woman appeared to be trying to leave the scene on foot. Police say the 40-year-old woman, now in custody, is the lone suspect.

Inside the residence, officers discovered an 83-year-old man with multiple stab wounds. The husband and wife were transported to Harborview Medical Center with serious injuries.

Police say they learned the suspect, not related to the homeowners, had been staying at the couple’s home. The Seattle Times reports the woman is homeless and the couple had been allowing her to camp in their backyard for the past couple of weeks.

The suspect attacked the husband and wife inside the home with a large knife and then tried to set several fires. The wife was able to escape to a nearby home where a neighbor called 911, according to police.