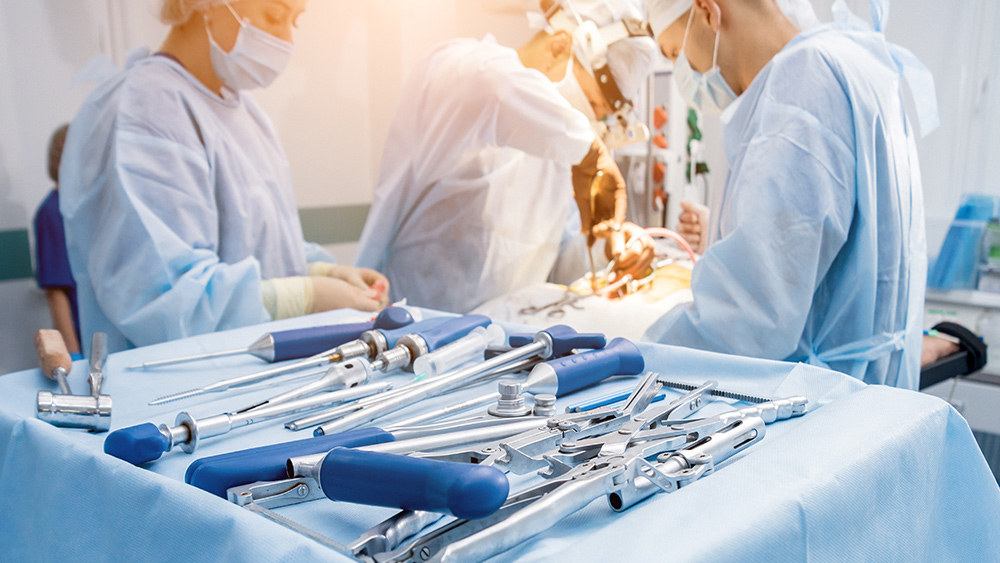 (Natural News) Medical malpractice is so common these days that individual cases aren’t usually considered newsworthy, but one case has been making headlines recently because it took doctors an incredible 30 years to discover the mistake.

It involves 39-year-old Rene Remache of Queens, New York, who recently discovered a 10-inch breathing tube had been left in his body from an operation that took place some three decades ago.

It all started when Remache fell out of a second story window in 1989 at the age of 6 when he was living with his grandparents. The young boy was admitted to Elmhurst hospital with a skull fracture, where they placed him on a ventilator and a breathing tube. According to his medical records, he was “agitated” by the tubes and pulled at them; the records also say that he self-extubated.

According to Remache, that occasion was the only time in his life when he was given this type of tube. His lawyers believe that he swallowed some or all of the tube while he was at the hospital there without his doctors realizing it.

Remache says that he has experienced ongoing stomach problems throughout the years, for which he occasionally received treatment at Elmhurst and other hospitals. On his many trips to the emergency room due to stomach pain and vomiting, Remache, who uses Medicaid, was never given any type of test that would have discovered the tube. Frustrated, he decided to stop going to the doctors altogether when his stomach acted up since no one could tell him what the problem was.

However, on a family trip to Mexico in 2019, he started feeling even worse, with a bizarre sensation in his chest and throat that he had never felt before. He said that he had the feeling like something was stuck in there and impacting his breathing, but a Mexican clinic he visited diagnosed him with bronchitis and prescribed him antibiotics.

Upon returning to New York, he visited Mount Sinai Medical Center, where a CAT scan finally revealed the problem: a tube was sitting inside the curvature of his stomach. Surgeons removed the tube, and Remache had to sue the hospital to give him the tube to use as evidence in a malpractice lawsuit he is filing against Elmhurst Hospital.

For its part, New York City Health and Hospitals, who owns Elmhurst, insist that the tube is different from the type that would have been used to intubate him as a child. They have repeatedly refused to settle his case, and a trial is set for October.

Retained surgical items are not uncommon

According to the American Society of Anesthesiologists, roughly a dozen sponges and other types of surgical instruments are left inside of patients’ bodies each day in the United States, amounting to between 4,500 and 6,000 cases per year. It is difficult to know exactly how often this happens because there is no federal reporting requirement for retained surgical items.

However, a 2003 study in the New England Journal of Medicine found that around 70 percent of items left in patients bodies after operations are sponges. The remaining 30 percent are surgical instruments such like retractors and clamps. Many times, these objects cause localized pain, bloating and discomfort; they may even lead to sepsis and death in some cases.

Dr. Atul Gawande, a surgeon at Brigham and Women’s Hospital, told CNN that a major operation can use 50 or 100 sponges. He likened counting them to counting a deck of cards to see if there are 52; miscounting is not uncommon.

Leaving items in people’s bodies is such a big problem that some hospitals are using special surgical sponges and tools with bar codes on them. Others are resorting to performing an X-ray while the patient is still on the table if there is any doubt about the item count before stitching them back up.