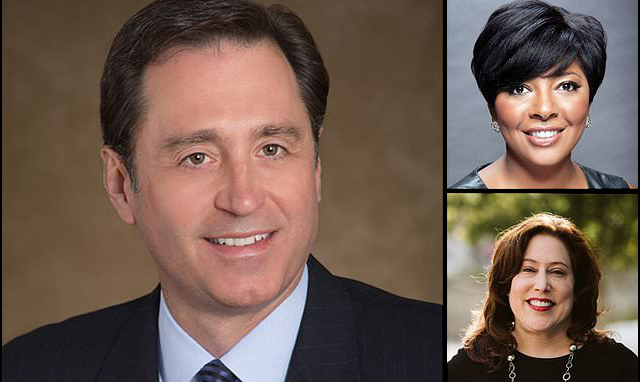 A white male marketing VP at Novant Health in North Carolina who was fired for being white and replaced with two female diversity hires was awarded $10m on Tuesday in a discrimination suit.

“The jury was clearly sending a message to punish Novant for doing this,” Fox 46 Charlotte’s Seema Iyer said.

From The Daily Mail, “White male marketing VP at North Carolina hospital wins $10million ‘reverse discrimination’ payout after he was replaced by two women – one of whom is black – as part of diversity and inclusion program”:

A white male marketing vice president from North Carolina has been awarded a $10million ‘reverse discrimination’ payout from the hospital which fired him and replaced him with two women, one of whom is black.

David Duvall sued Novant Health in North Carolina, where he’d worked for five years as the Senior Vice President of Marketing and Communications, and was lauded by colleagues and supervisors, in 2018.

He says he was inexplicably terminated just days before reaching his five year work anniversary, a milestone that would have awarded him a higher severance payout than what he was given.

Note, it took two women to do his job.

Duvall, in his complaint, said that while both women were qualified for the job, they were no more qualified than he was.

His attorneys proposed that he was fired ‘out of the clear blue sky’ because he was a white man, and that the move was in keeping with the hospital’s ‘five year plan’ to boost diversity by 2020.

They said he wasn’t the only white executive fired; in his complaint, he says the Chief Legal Officer, Medical Group President, Chief Information Officer, Patient Experience Officer and President of Haymarket Medical Center were all replaced either by a black person or a woman in the 12-18 months after him.

The jury agreed with him and on Tuesday, awarded him $10million in a reverse discrimination payout.

More from The Winston-Salem Journal:

The jury said that Duvall proved that his race and gender were motivating factors in Novant Health’s decision to terminate him, according to the jury’s verdict form. The jury also indicated that Novant Health failed to prove that it would have dismissed Duvall regardless of his race.

“We are pleased that the jury agreed that Duvall’s race and gender were unlawful factors in his termination — that he was fired to make room for more diverse leaders at Novant,” S. Luke Largess of Charlotte, Duvall’s attorney, said Tuesday night in a statement.

“Duvall was a strong advocate of diversity at Novant,” Largess said. “We believe the punitive damages award is a message that an employer cannot terminate and replace employees in order to achieve greater diversity in the workforce.”

[…] “We are extremely disappointed with the verdict as we believe it is not supported by the evidence presented at trial, which includes our reason for Mr. Duvall’s termination,” said Megan Rivers, a Novant Health spokeswoman. “We will pursue all legal options, including appeal, over the next several weeks and months.

“Novant Health is one of thousands of organizations to put in place robust diversity and inclusion programs, which we believe can co-exist alongside strong non-discriminatory policies that extend to all races and genders, including white men,” Rivers said. “It’s important for all current and future team members to know that this verdict will not change Novant Health’s steadfast commitment to diversity, inclusion and equity for all.”

The damages awarded on appeal should be increased to $137m — in the interest of equality!