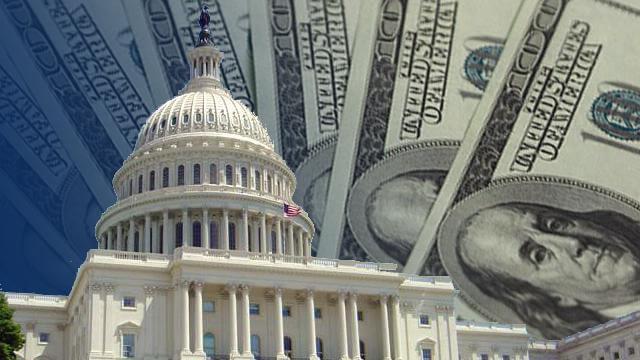 That’s right, America! The same Silicon Valley that is trampling your rights on social media platforms, manipulating your search results and tracking you for profit has their hand out for more than $100 million of your money, unconstitutionally provided by criminal representatives in Washington, DC.

Fox Business has the story:

The House version of the coronavirus stimulus bill contains more than $100 million for an underground rail project in Silicon Valley for which planning has been going on for several years but hasn’t yet broken ground.

The funding for the project, phase two of the Bay Area Transit Authority (BART) expansion, was tucked into the House Transportation Committee’s section of the bill under a funding provision for “all projects under section 3005(b) of Public Law 114-94 that received allocations for fiscal year 2019 and 2020” except “projects open for revenue service.”

But there is only one such project that fits that definition — the BART phase 2 extension, documents reviewed by Fox Business reveal.

According to the article, the BART project will be allotted approximately 112 million in the bill. The current cost is estimated to be 6.9 billion with a completion date in 2030.

Steve Kelly, a spokesperson for the Senate Banking Committee tweeted on Saturday, “An earmark for Big Tech’s subway shows House Dems COVID bill has little to do with controlling the virus.”

An earmark for Big Tech’s subway shows House Dems COVID bill has little to do with controlling the virus. https://t.co/0BS7M4U7C7

Kelly also said, “It doesn’t help one person get the vaccine or boost testing capabilities. This is just further proof that congressional Democrats view the reconciliation process as a means to push through their wish list – which includes forcing taxpayers to pay even more for an over budget and delayed construction project in one of the wealthiest regions in the country.”

And there you go.

The federal government has been given no authority in the Constitution to be dealing with health matters in the first place, let alone handing out money to citizens, corporations or other businesses. It’s called stealing. It’s called fraud.

Now, when are we going to do something about these people who constantly violate their oath of office and steal out money only to give it to those that oppress us? It’s called fascism, by the way.

Tim Brown is an author and Editor at FreedomOutpost.com, SonsOfLibertyMedia.com, GunsInTheNews.com and TheWashingtonStandard.com. He is husband to his “more precious than rubies” wife, father of 10 “mighty arrows“, jack of all trades, Christian and lover of liberty. He resides in the U.S. occupied Great State of South Carolina. . Follow Tim on Twitter. Also check him out on Gab, Minds, MeWe, Spreely, Mumbl It and Steemit
(Visited 15 times, 1 visits today)
Share
Tweet
Share
Pin