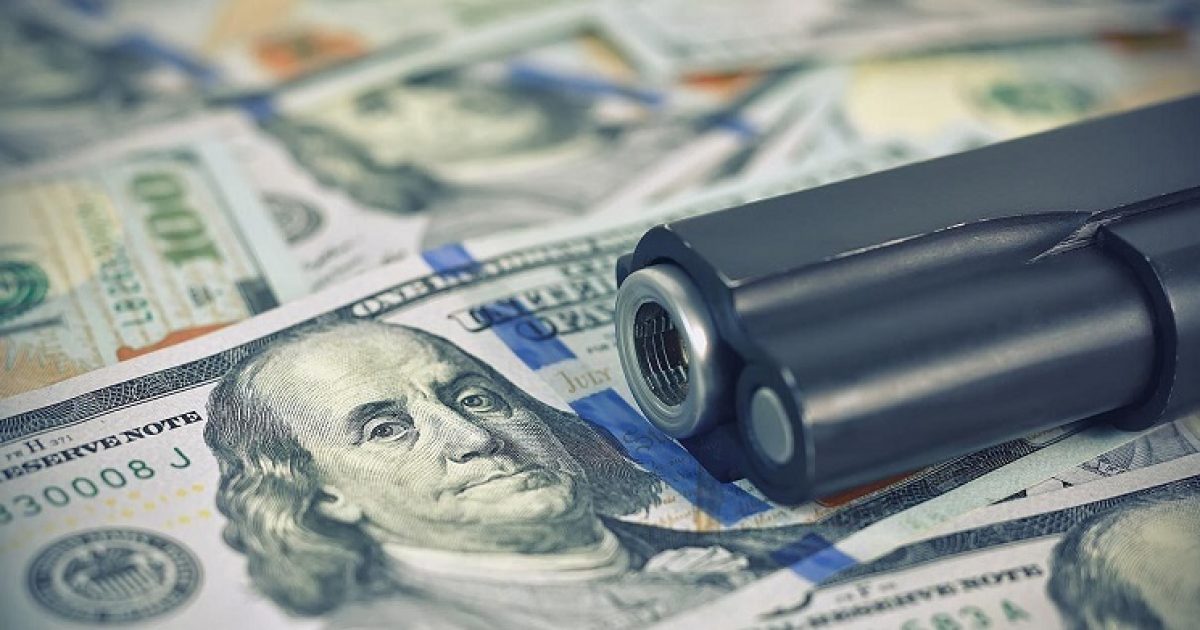 Democrats have promised an anti-Second Amendment agenda once they take over the House in January. Among the plethora of unconstitutional legislation, they will seek to push through is to criminalize private gun sales between individuals.

Democrats will do this by advancing a bill that will require a background check for every single gun sale. Remember, these are the same people that cry “innocent until proven guilty” when they are accused of criminal activity, but they want you and me to prove our innocence and will assume we are guilty before purchasing a gun and exercising our God-given rights to keep and bear such arms, which they are supposed to protect.

…legislation that echoes the Manchin-Toomey provisions has languished in the GOP-controlled Congress. Reps. Mike Thompson (D-Calif.) and Peter King (R-N.Y.) have reintroduced the measure twice in the last four years, but House Speaker Paul Ryan (R-Wis.) refused to bring the bill up for a vote—even as it racked up 208 co-sponsors, including 14 Republicans.

But with Ryan leaving Congress and Democrats winning control of the House, Thompson now plans to introduce a bill that will go further than any of those earlier proposals: It will require a background check for every gun sale or transfer, regardless of who’s doing the selling or transferring. The move has been in the works since before the election, when Thompson met with outside gun reform allies like the Brady Campaign to Prevent Gun Violence, Everytown for Gun Safety, the Center for American Progress, the Coalition to Stop Gun Violence, and Giffords to talk about what they might push for if Democrats won the House.

Of course, they advocate that a high percentage of Americans want universal background checks, including those who are members of pro-Second Amendment groups.

All I have to say is that you only want that, which infringes on your rights, because you don’t advocate for real justice against violent criminals. Yes, I’m talking about the death penalty. When you don’t bring justice, you start infringing on the people’s rights.

Background checks do not and will not keep guns out of the hands of criminals.

Awr Hawkins has more on what this asinine and unconstitutional legislation would do, and pay close attention to who becomes a criminal in all of this.

Private gun sales are legal and have been an American tradition since 1791, the year the Second Amendment was ratified.

Ironically, a ban on private sales would not have stopped a single mass shooting witnessed to this point in the 21st century because nearly every mass shooter acquires his guns at retail via a background check. The exceptions to the rule are the mass shooters who steal their guns.

Here’s the thing, besides infringing on the rights of the people in the Second Amendment, what business does DC have legislating what takes place between two people in the state concerning those very rights? They were charged with making sure the trade between the states was made regular, not between individuals in the same state.

By the way, if an individual sells a gun outside his state, that transfer occurs through an FFL. Frankly, I don’t see a warrant in the Constitution for that either, but my point is that when you give these people a rope, they want to be a cowboy. Let’s stop giving them rope. In fact, we need to be bringing justice to criminal politicians by impeaching them, indicting them, trying them and then we can break out the rope. If the people don’t bring justice against them, they will most certainly bring injustice against us.