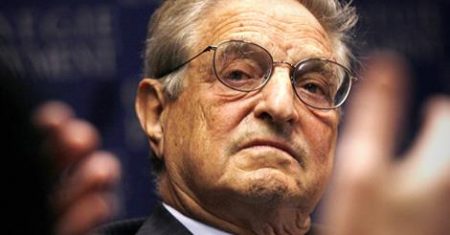 George Soros is a very large investor in a group that has just committed $250 Million to save struggling Vice.com

According to Todd Spangler of Variety. back in early February Vice announced it would be cutting 250 jobs amidst a slowdown:

Vice Media CEO Nancy Dubuc has set plans to lay off 10% of the company’s employees — resulting in the elimination of 250 jobs across all departments — as it looks to slash costs amid a revenue slowdown.

The cuts aren’t surprising: Brooklyn-based Vice last fall instituted a hiring freeze and was hoping to avoid layoffs by winnowing down its headcount through attrition. With the restructuring, Dubuc is de-emphasizing focus on Vice’s web properties and is looking to bulk up efforts in film, TV production and branded content centered on its millennial-skewing audience and counter-cultural ethos.

That was February 1st. On June 3rd the same Todd Spangler reported again for Variety:

Vice Media, looking to revitalize its flagging business, has gotten a $250 million cash infusion from an investment consortium that includes billionaire George Soros.

“With this capital investment, Vice’s growth plans can be accelerated, allowing us to execute our new leadership’s strategic vision for the company,” a Vice rep said in a statement.

The once high-flying Vice has suffered a shortfall in revenue goals, and laid off about 250 employees, or 10% of its staff, earlier this year.

Once again, George Soros is slapping some lipstick on an ugly pig.

Keep in mind that Vice was, and probably still is, on the way down. Globalists can not allow their mouthpieces to go away. Otherwise the movement slows or even reverses direction.

So, people like Soros, who profit billions of dollars from their investments, step in and start bailing water out of the sinking ship.

AND Soros will still find a way to profit, whether Vice sinks or swims.

Vice Media, the digital news outfit, whose counterculture magazine beginnings have morphed into a globally-focused media conglomerate, reportedly raised another round of funding, according to The Wall Street Journal.

In March, Variety reported Vice Media was seeking to raise roughly$200 million as it works toward turning a profit. At the end of 2018, Vice Media, like other digital news organizations including BuzzFeed, announced it was shrinking its workforce between 10 and 15% — which was around 250 people, according to Variety.

Its 2017 revenue was stagnant compared to 2016; the company was projected to make between $600 and $650 million, The Journal reported last year.

CEO Nancy Dubuc took over after former CEO and cofounder Shane Smith stepped down in March 2018, following a December 2017 New York Times report alleging sexual harassment and a toxic culture. Smith is still with the company as executive chairman.

$250 Million Dollars will probably buy more of the same for Vice.

But hey, who are we to judge?

So long as this rag keeps pumping out fake news aimed at America’s degenerates, maybe they can return to profitability. And if not…

George Soros has some very deep pockets and lots of connections.

Make no mistake, George Soros usually gets what he wants, and even if Vice fails, he will find a way to make money from it.