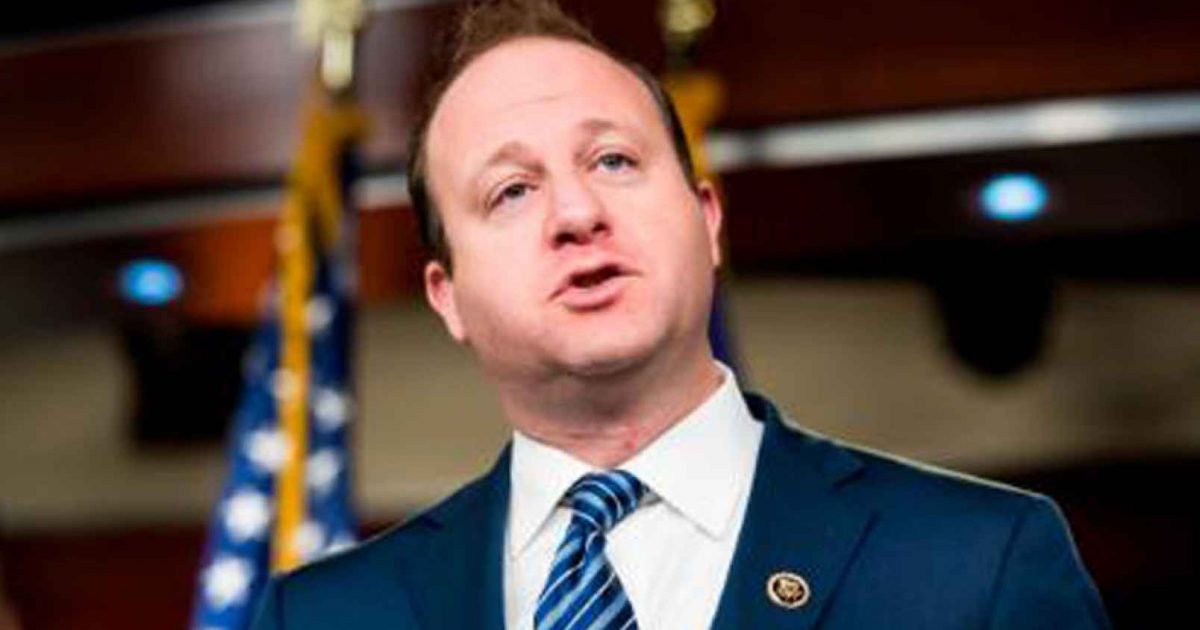 The bill to disenfranchise Colorado voters was sponsored by Senator Mike Foote, a Democrat, Representative Emily Sirota, a “progressive” Democrat, and Jeni James Arndt, a Democrat. The bill passed in a party-line vote with Democrats lining up to make Colorado politically irrelevant.

The Popular Vote Bill conspires to bypass the electoral college and toss out the votes of Coloradans by awarding the state’s electoral college voters to the winners of the popular vote: also known as whichever candidate New York and California billionaires decided should run the country.

Both states would vote in a chicken, a serial killer or Adolf Hitler if he had a D after his name.

Colorado doesn’t even have 6 million people to put up against that 60 million. If the compact were to take hold, why then should any presidential candidate ever bother campaigning in Colorado again?

In the last election, both Donald J. Trump and Hillary Clinton held rallies in Colorado. But if Colorado’s electoral votes go to whomever New York and California elites pick, there would be no point.

Why would any presidential nominee bother hunting and pecking for Colorado voters when Los Angeles County has 10 million people with a density of 7,500 people per square mile that he can just scoop up?

“This really isn’t a red versus blue idea,” Senator Mike Foote lied. “This is about making sure that the president of the United States is elected by the entire nation.”

The only reason Colorado’s elected officials chose to disenfranchise their state is that they are thinking like Democrats, not like Coloradans. They’re satisfied with only having input during the Democrat primary process and they don’t care if both candidates ignore their state during the general election.

The eleven states that have signed on to the National Popular Vote Interstate Compact are a curious combination of winners and losers. California and New York, the states with the most to gain from being able to determine presidential elections, are on board. But, on the other side of the dial are Hawaii, Rhode Island, and Vermont. The three states together weigh in at a little over 3 million.

The compact puts Colorado in a grim place. But it’s still almost twice as populous as all three tiny states combined. Their only political assets were their electoral college votes. And they chose to give those assets away to New York and California in the hopes of rigging a future presidential election.

New Mexico, which is feverishly trying to join, has a little over 2 million people.

The electoral college was meant to protect the political power of even the smallest states. But Democrats in some of those states are eager to abandon local power for national control. The National Popular Vote Interstate Compact nationalizes local votes in a trick of political socialism.

Why are small state Democrats so willing to abandon the rights and power of their states?

Take Jared Polis. He’s a California tech industry guy worth around $400 million, after inheriting a greeting card company from his parents, who bought his seat by outspending everyone else.

Polis is typical of the new blue elite transforming the country. His fortune may be impressive by the standards of Colorado politics, but spending a few million wouldn’t have bought him anything in California or New York. (Just ask Tom Steyer, who blew through tens of millions of dollars for nothing. Or Michael Bloomberg who spent over $100 million to buy just one mayoral election in New York City.)

Colorado elections are much more affordable.

Over in Rhode Island, the popular vote bill was signed by former Governor Chafee. His own conflicts were bad enough and his successor, Gina Raimondo, who worked in a venture capital firm in Manhattan, outspent her opponents by millions in a campaign funded by out-of-state donors, the finance industry and major executives. Her transition team was packed with banking executives.

Is that the bio of a politician who cares about state sovereignty?

Governor Raimondo managed to raise $2.2 million in campaign money in a non-election year in a state with a million people. $1.35 million came from out of state. Only $872K came from Rhode Island. Much of Raimondo’s cash came from California donors, including Hollywood and the tech industry.

When California and New York money elects politicians in Colorado and Rhode Island, is it any wonder that it also controls their votes?

The National Popular Vote Interstate Compact isn’t about fairness. It ratifies the power shift from the traditional political system that was built to protect the sovereignty of small states against the financial and cultural power of New York, Pennsylvania and Virginia, to new cultural and economic powerhouses.

This isn’t a civil war pitting states against each other. New Yorkers and Californians aren’t the problem. New York and California are dominated by conglomerations of financial and cultural elites from outside the respective states that have disenfranchised state voters there as thoroughly as in Colorado.

When we talk about New York and California, what we really mean is the disproportionate power and wealth of certain industries and the manufactured elites they have gathered from around the country. These elites have hollowed out and disenfranchised actual New Yorkers and Californians, before going on to do the same thing to other states with puppet governments that run locally, but obey nationally.

Their scheme, cultivating a welfare class to disenfranchise the middle class, open borders and mass media propaganda by the alliance between the mainstream media and the tech industry, again New York and California, has worked in these respective states, but is meeting with opposition elsewhere.

The 2016 election was a backlash against the concentrated power of the elites and their tactic, mass migration to disenfranchise and impoverish American voters, became the central election issue. The geography of the resistance has also been concentrated in a handful of big blue states, and has used huge infusions of New York and California money to hijack local elections in smaller states and areas.

The National Popular Vote Interstate Compact formalizes the centralization of power in the few wealthy areas of a few powerful states at the expense of the multitude of smaller states of the country.

It overturns the balance of power keeping a handful of powerful states from controlling the country.

The compact’s backers claim that they want greater equality. But, like so many leftist reforms, their proposals centralize power in the hands of smaller numbers of people leading to greater inequality.

Opponents of the electoral college insist that what they want is for every voter to have a voice. The reality of what they propose is for California and New York Democrats to pick every president.

California and New York contain some of the country’s heaviest concentrations of major donors.

What the National Popular Vote Interstate Compact really does is allow a few New York and California billionaires to determine who will run the country until the San Andreas and Ramapo faults rupture.

That’s very promising if you’re a Hollywood studio boss or a Wall Street titan. It’s much less appealing if you’re a Colorado rancher or a Rhode Island fisherman who has been disenfranchised so that a few of Nancy Pelosi’s billionaire pals in San Francisco can always get to decide who sits in the White House.

And that is the “equality” at the heart of the vision that the Democrats have for America.