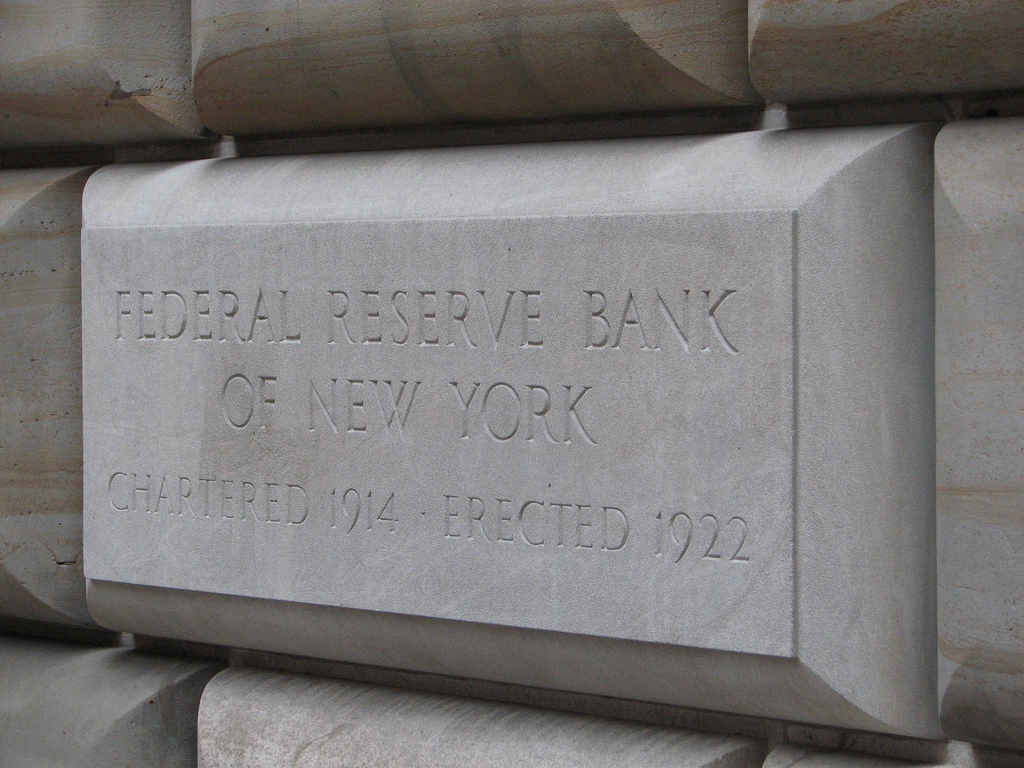 Editor’s Note: There are more right-leaning people in this country than leftists. We all know that. So why can’t we “Defund the Left?” This blog post was sent to us by email with urging to pass it around. No author is listed on this piece, but if you like it please visit Counterspin.

The nation’s entire money system has been placed in the hands of a private, unaudited Federal Reserve (FR). Interest on the national debt is around $500 billion per year. The case can be made that this payment is neither necessary nor legitimate and the sooner this is addressed, the sooner the funding of the political class can be ended, the average person’s mortgage can be cut nearly in half, and taxes can be reduced by hundreds of billions of dollars.

The supposed purpose of the FR is to regulate the economy. Although China grew at 15% for years, to no detriment, we are told that if a Republican president has an economy above 4%, the FR is needed to increase interest rates and thereby throttle back the economy, to prevent inflation. This in itself would be innocent enough except that this FR mandated interest rate is assigned to FR provided ‘loans’ requiring a half a trillion dollar a year in interest payment from the government to the FR.

If in fact the FR was needed and a decreasing of financial liquidity was an important function, it seems obvious that decreased liquidity could be just as or more easily accomplished by simply not providing additional funds. Then what money was available for loans would compete on the basis of lending basics, like minimum risk or strategic need, etc. The fact that the method chosen to ‘regulate’ the economy results in gargantuan interest payments to an unaudited ‘private’ entity seems embarrassingly obvious.

Another point that needs to be highlighted is the concept of deficit spending. Barring a war, every year, our nation’s net wealth increases, like a growing coral reef. If today there is $1000 chasing a 10 homes, each home is worth $100. If 10 homes are added, but no money is added to the money supply, each home would then be worth $50. Money must be added to the total money supply equal to the net aggregation of wealth. Instead of just acknowledging this and declaring deficit spending a normal function of government, the bankers have instead created a private bank called the Federal Reserve, whereby they call increasing the money supply ‘incurring a national debt’ which must then have interest paid to their private bank to the tune of hundreds of billions of dollars. Why?

The concept of interest on a ‘loan’ arose in the past when loans were the savings of the rich and interest was an incentive to loan and a cost of administration and insurance on the loan. The money the Federal Reserve puts into circulation to account for the growth of society is not the savings of others, but rather just the product of a printing press. The FR has not outlying financial obligation on these funds, so why does the government?

Incidentally, the concept of paying interest on FR cash infusions is particularly onerous to the citizenry. Interest on mortgages can approach nearly 50% the cost of a house in the first half of a mortgage. Imagine if the larceny of the FR were actually halted. Nearly overnight, the financial burden on citizens would allow bigger houses or shorter mortgages. Imagine if over the life of your home loan, you only paid 110% of the purchase price instead of 300%. Wouldn’t that be great?

One of two possible realities must be true. Either the hundreds of billions in national debt interest payments are simply an accounting ledger notation, or they exist in paper bonds that are authentic legal tender. If it is not actually a payment, why is it recorded as a payment? If it is a payment, what does the FR do with it, put it in their mattress?

We have been told that the way it works is that when the federal government ‘borrows’ money from the fed due to deficit spending, the Fed prints bonds equal to the number added to the national checking account. They then collect interest on those ‘bonds’ according to an arbitrary variable interest rate defined by them.What a racket? They have a copyright on our nations currency.

So it begs the question, “Does the Fed embezzle $500B/yr or not?”. To answer, one must first ask the question “Who among us is above taking $500B/yr if they can get away with it?” I am pretty sure even Jesus, if he were who he claimed, would have difficulty with that temptation. Anyone else, forget it.

It strikes me as a very strong likelihood that when the FR is paid an interest payment from the government, it is legal tender that can be used in legal financial transactions. If this is true, what is to prevent them from funneling this money to own the world. Not only could they, but they probably have bought controlling interest in all the hallmark, legacy corporations like Boeing and ATT. If so, they probably have provided the funds to crown the current blue chips like Amazon and Facebook. Back when Amazon and Facebook were getting started, there were no less than a dozen companies vying to be the online Wal-Mart or social web king. However, the winners were the one that got the funding.

For a while now it has struck me as peculiar how all the new titans of industry are universally united around a globalist mantra that advocates for all things bad to the average American. I note that the entire system including academia, Hollywood, the deep state, and the media are virulently opposed to free or even honest press, the first amendment, small government, and low taxes, in a country that is majority conservative. It is almost exactly a blue blood against the peasants dynamic. It seems almost impossible until you throw in the FR.

The most likely way that this has come about is that a single interest group has had access to the huge levels of resources required to take over everything in society. It is as if one guy rolled the dice ten times for every single roll of the dice of the other monopoly players. The Fed, by being able to siphon off 3% of the Federal governments debt every year, without ever being audited, has been able to buy up everything in society and now run everything by virtue of owning everything, including the controlling interest of the government. This helps explain why it is always the same people on all the different corporate boards. It also explains why nearly every single person in positions of authority are diametrically against the views of any semi-intelligent citizen. In fact, the only people under attack are those with any semblance of a brain left. Just like all totalitarian systems.

In the end, the truth is there if anyone will look. Why is the FR private? Where do those interest payments go? It sure doesn’t go to pay interest on someone’s savings. What is the legitimacy of paying interest on printed money? Is cash infusion into the economy and control of liquidity something that can be done without making homeowners pay 300% on the price of their house? and most importantly, if $500B/yr can be stolen, only an idiot presumes it wouldn’t be. All readers need to start clamoring for an audit of the Fed. I encourage all to raise their voice and demand an audit of the Federal Reserve or call the white house comment line at 202-456-1111 and demand an audit.