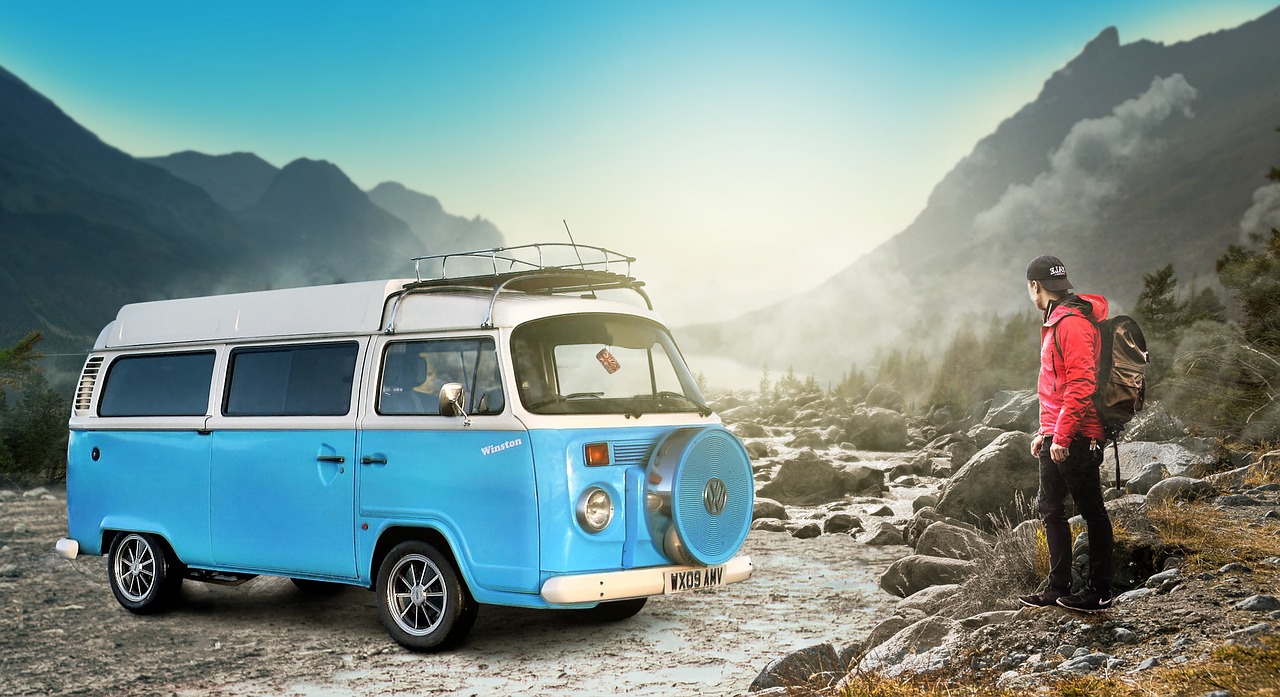 One of the hottest new trends in the U.S. is to get rid of your house and live in a van. Of course many people have had “van life” forced upon them by current economic conditions, but for an increasing number of Americans “van life” has become a choice. Personally, I am old enough to remember when “living in a van” was a running joke in this country. But now we are being told that it is “cool” to live like a hobo. In fact, USA Today insists that life in a van “is particularly well suited” for the COVID pandemic because it allows for much easier social distancing…

But for those who can afford it, #vanlife is particularly well suited for this crisis because it’s socially distanced, can be done on a budget and fosters outdoor activities, which are safer during the outbreak than indoor environments where air doesn’t circulate well.

When you smell like a skunk after not showering for a week, it is true that not too many people will want to get near you, and so I would agree that living in a van will help with social distancing.

Since the start of the pandemic, van sales have risen dramatically, and this has happened even though overall sales for the auto industry are way down…

Mercedes, whose Sprinter van is the vehicle of choice for many #vanlife followers, appears to be the biggest winner. Mercedes-Benz U.S. van sales soared 22.5% in 2020 to 274,916, even as the brand’s overall sales fell 8.9%.

“Everybody’s trying to get their hands on a van,” says Stefanie Doemel, who manages upfit solutions for vans at Mercedes-Benz USA.

Of course most of those that choose to embrace “van life” cannot afford a Mercedes.

If you are fortunate enough to encounter someone living the “van lifestyle”, it is more likely that they will own a junky old Chevy van that has had the interior ripped to shreds over the years.

But the good news for van residents is that they never have to stay in one place and there is always something new to see.

“You feel more relieved from some of the mental stress that others are going through by being trapped in one place,” Abby says. “We have wheels so we can change up our scenery, and after the workday, I can go refresh in nature.”

That is all well and good, but I just hope that she brings a shovel with her when she “refreshes”, because it isn’t polite to leave your droppings right out in the open.

In a companion article, USA Today shared five key tips for those that are considering making the switch to “van life”…

1. Consider buying a used van
2. Budget for upgrades and teach yourself how to do them
3. Stay at public campgrounds or national parks
4. Make sure you’ve got a bathroom solution
5. Plan for fixed and unexpected expenses

Personally, there are two more things that I would add to the list.

Number one, make sure that you are able to secure a good spot down by the river.

Number two, you may want to consider supplementing your income with some public speaking gigs.

As the U.S. economy continues to rapidly deteriorate right in front of our eyes, another one of the hottest new trends is to dig around for discarded food in dumpsters behind large supermarkets.

The trendies like to call it “dumpster diving”, and it has become particularly popular with impoverished Millennials living in core urban areas.

In fact, it has become so popular that some supermarkets are now calling out the police to guard their dumpsters. For example, approximately a dozen police officers were guarding the dumpsters behind a Fred Meyer in Portland on Tuesday…

Roughly a dozen Portland police officers faced off with a small group at a Northeast Portland Fred Meyer on Tuesday after people tried to take food that had been thrown away.

Workers at the Hollywood West Fred Meyer threw away thousands of perishable items because the store, like many others, had lost power in an outage brought on by the region’s winter storm.

We are being told that a riot almost ensued, but of course riots happen at the drop of a hat in Portland these days.

For a while the police were successful in keeping the hungry people away from the dumpsters, but eventually the police got tired and went home.

When the coast was finally clear, hungry Millennials descended upon the dumpsters like a pack of ravenous wolves…

Simonis said police eventually left and those waiting to get food made their way over to the dumpsters. As of 6:30 p.m., about two dozen people were at the dumpsters, taking a few items each.

Simonis noted that all the food was still in good condition, given the cold weather. One person picked up a carton of juice with an expiration date in March.

This is America in 2021. Poverty is growing with each passing day, and people are becoming increasingly desperate.

And if things are this bad already, how bad is the desperation going to become once our economy finally plunges into freefall mode?

On Wednesday, millions of Americans were deeply saddened to hear that Rush Limbaugh had passed away. He will be deeply missed, and nobody will ever be able to fill his shoes.

One of the things that always stood out to me when I listened to Rush was how much he truly loved the United States. He was zealously patriotic, and he truly embodied the ideals that our founders held so dear when they originally established this nation.

So as sad as it was to see him go, I am also glad that he is not going to have to see the nightmarish chapters that are ahead for this country.

Recent political events were already weighing very heavily on him, and to watch the U.S. completely fall to pieces would have absolutely broken his heart.

But instead we continue to steamroll toward oblivion, and many Americans will be doing so inside a clunky old van.