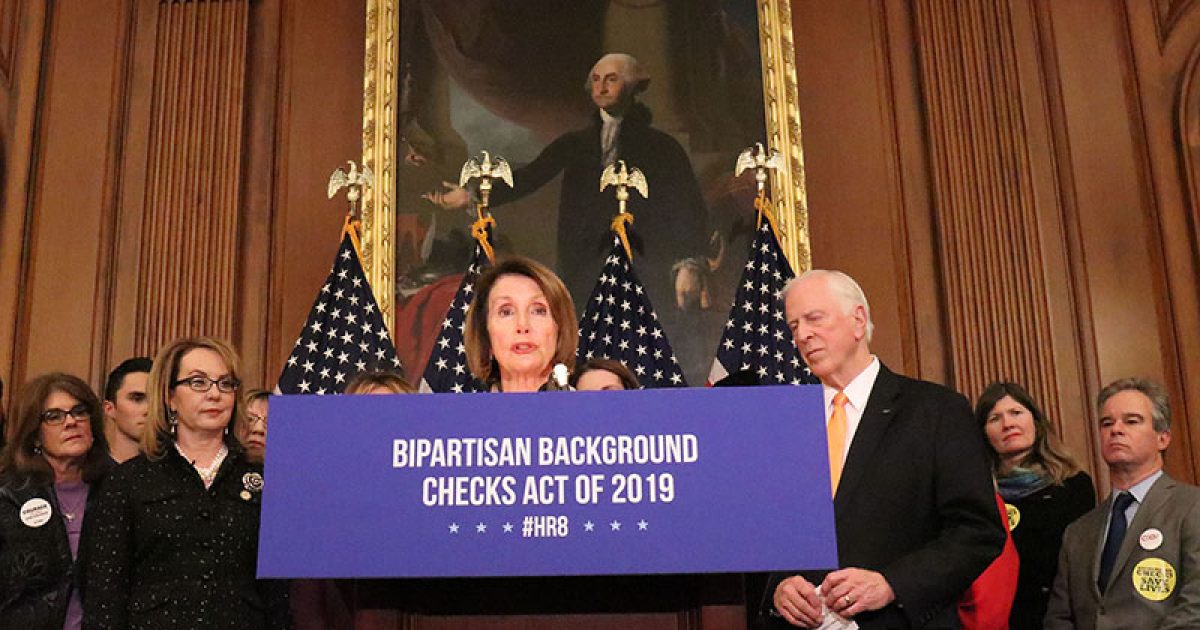 The hypocrisy of Democrats knows no bounds. They have pushed background checks up the yin-yang for anyone who purchases or transfers a gun. But if a a gun purchaser fails a background check, Democrats have blocked an amendment to the bill that would notify ICE for illegals and law enforcement for others. Apparently, they hate ICE more than they hate murderers.

If a person attempts to purchase a gun when they are not legally able to do so, it’s against the law. Shouldn’t law enforcement be notified? Especially for illegal aliens? Not according to Democrats.

When Republicans tried to place amendments that would ease the fees for the background checks, or help legal gun owners, all were rejected, according to Fox. Democrats view the amendments proposed by Republicans as “more loopholes.”

H.R. 8, the “Bipartisan Background Checks Act” as we previously reported, does nothing to stop criminals. The House Judiciary Committee passed the bill along party lines with a vote of 23-15. An amendment proposed by Rep. Greg Steube (R-FL), would have required that law enforcement be notified when a gun purchaser failed the federal background check. But Democrats, in their hurry to allow illegal immigrants to do anything they want, refused to pass that amendment.

Blood on the hands of Democrats?

Democrats hate ICE so much, they would prefer to keep ICE from knowing when illegals try to get guns. https://t.co/S5r6fJva9z

“Clearly, the Democrats on the House Judiciary Committee don’t care about preventing gun violence, they simply are playing politics with Americans’ Second Amendment rights. The fact that Democrats do not want law enforcement notified if an individual attempting to purchase a firearm fails a background check is truly troubling.”

“In rejecting this amendment, the Democrats have shown their true colors. It is clear they are not interested in preventing gun violence or stopping the illegal purchase of firearms, but rather they are only interested in limiting the rights of law-abiding citizens to advance their own political agenda.”

In fact, Gary Martin, the Aurora shooter from February 15, should not have been able to purchase or possess a gun due to a conviction for aggravated assault. Democrats are completely deaf to the truth, because they have an agenda. That agenda is to disarm law abiding gun owners and they don’t care how they do it.