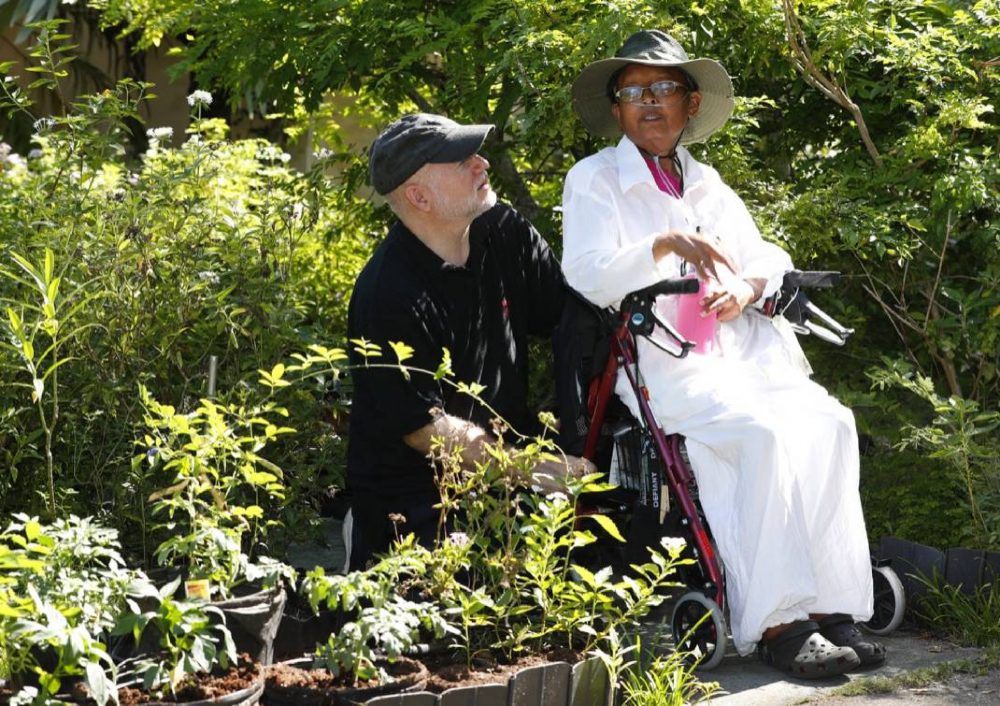 Editor: We have been following the “front yard garden” case of Hermine Ricketts and Tom Carroll for years. Yesterday Sean Walton of The Daily Sheeple reported that the couple has won their property rights case and will be able to bring back their beautiful front-yard-garden. Links to previous reports are at the end of Walton’s story. Congratulations Tom and Hermine! Sometimes justice still wins in America.

A Florida couple who was forced to dig up the vegetable garden they had in their front yard for 17 years due to a town ordinance prohibiting vegetable gardens from being grown in front yards has finally won the right to grow vegetables as they please on their property after a years-long legal battle.

According to NPR, the married couple, Hermine Ricketts and Tom Carroll, planted their first vegetables in their front yard for the first time in years on Monday, shortly after Florida Gov. Ron DeSantis (R) signed legislation into law that protects citizens’ rights to grow vegetables and fruit on their property.

The law’s passage marked the ending to a six-year legal battle the couple had been embroiled in since their town ordered them to uproot a vegetable garden they had been growing in their front yard for 17 years in Miami Shores.

The garden before the city demanded it be removed.

The Institute for Justice said they first filed a lawsuit against the town on behalf of Ricketts and Carroll in 2013, saying the ordinance represented an “unconstitutional violation of property rights.”

“Florida’s Third District Court of Appeals ruled in favor of the Village,” the group said in a release. “The Florida Supreme Court ultimately declined to hear the case, though the battle over the right to use your property peacefully and productively continued in the Florida legislature.”

Ari Bargil, an attorney representing the couple, said in a statement that when the Institute for Justice “heard that a local government was waging a senseless fight against Hermine and Tom’s vegetable garden, we were glad to come to their aid.”

“When the courts refused to stand up for their rights, we didn’t give up, and this new law is the result of persistent advocacy,” he continued. “Hermine and Tom are free to replant their garden, a right they now share with every other Floridian.”

“After nearly six years of fighting, next week I will once again be able to legally plant vegetables in my front yard,” Ricketts also said in the statement. “I’m grateful to the legislature and the governor for standing up to protect my freedom to grow healthy food on my own property.”

“What is sad is that this fight even needed to be waged in the courts and the capital. We had a beautiful, nutritious garden for many years before the Village went out of its way to ban it and then threatened us with ruinous fines,” she added. “Finally, the state has ended a senseless assault on our property rights.”

Read more about this case by reading some of our previous articles:

In the Land of the Free, Sustainable Living is Becoming a Crime