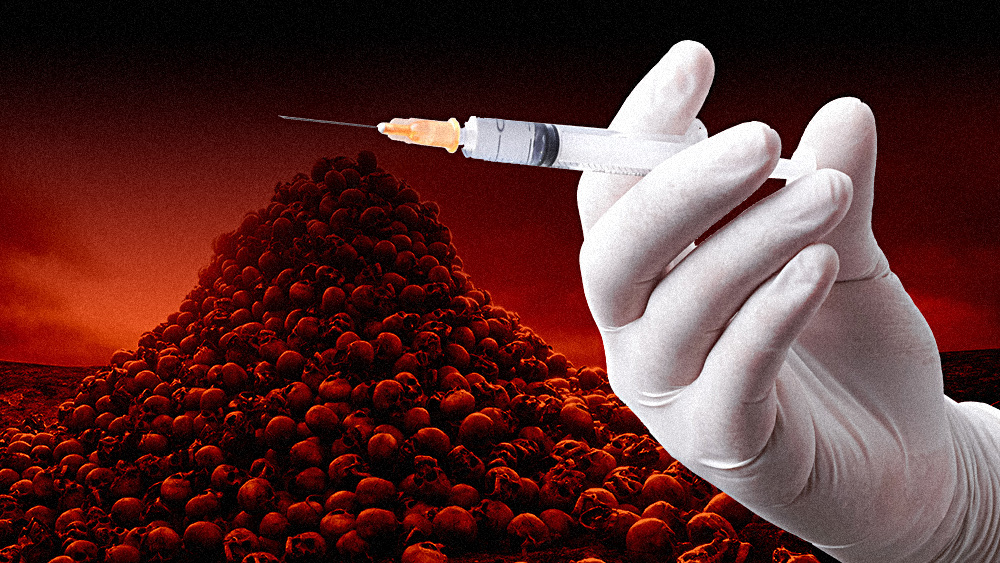 All around the world, the “fully vaccinated” are suffering heart attacks, clotting and other cardiovascular events that result in permanent disability or death, according to the data. Meanwhile, governments are still pushing the shots as the “cure” for Chinese Germs.

The United Kingdom Health Security Agency’s (UKHSA) “Ambulance Syndromic Surveillance System – Week 30” bulletin offers a glimpse into the carnage using Great Britain as the example. There, emergency ambulance calls are through the roof due to post-injection “complications,” and the health care system is now on the verge of collapsing.

Since at least last August when Operation Warp Speed was in full swing, the number of emergency calls for potentially life-threatening heart issues has nearly doubled – and that number is only increasing with each passing day. (Related: Pfizer has known this entire time that its covid injections are killing people.)

“… ambulance call-outs for high conditions have been overall since January 2021, and have been increasing month to month,” reports Exposé News. “It was not until April 2021 that we saw a significant increase among people under the age of 30 though, and it again has increased month on month since then.”

In the under-30 category, the number of call-outs per year, on average, between 2017 and 2020 prior to when the shots were released was 24,463. Post-Operation Warp Speed, that number has increased by nearly 50 percent – with an even worse outcome for the over-30 category.

Many people missed it because it was published quietly without any fanfare, but a study conducted by the U.S. Centers for Disease Control and Prevention (CDC) reveals that the risk of myocarditis post-injection with an mRNA (messenger RNA) shot is an astounding 133 times higher than the background risk for the general population.

Put a different way, getting shot for the Fauci Flu massively increases your risk of serious heart problems.

“This means Covid vaccination increases the risk of suffering myocarditis by a shocking 13,200%,” Exposé News says.

“Eventually, myocarditis weakens the heart so that the rest of the body doesn’t get enough blood. Clots can then form in the heart, leading to a stroke or heart attack. Other complications of the condition include sudden cardiac death.”

“There is no mild version of myocarditis, it is extremely serious due to the fact that the heart muscle is incapable of regenerating. Therefore, once the damage is done there is no rewinding the clock.”

For both England and Wales, the Office for National Statistics (ONS) publishes weekly death figures from which it can be determined that excess deaths all around the world are now in the hundreds of thousands – all due to covid shots.

Comparing age-standardized mortality rates per 100,000 among both the vaccinated and the unvaccinated reveals that death rates are soaring in every place of the world where Fauci Flu shots were widely received by the public.

“There is no other conclusion that can be found for the fact mortality rates per 100,000 are the lowest among the unvaccinated other than that the Covid-19 injections are killing people,” Exposé News contends.

Pfizer’s covid injections are a death sentence – either immediately or later on down the road. To keep up with the latest, visit ChemicalViolence.com.