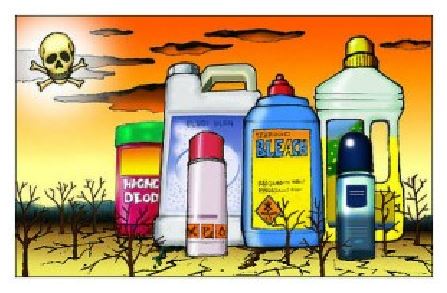 (Natural News) The poisoned man, Dr. Jack Chen, a radiologist, was diagnosed with stomach ulcers, gastritis and inflammation of the esophagus after being repeatedly poisoned with Drano by his wife, who happens to be a dermatologist, his attorney alleges. She basically fried his epithelial tissue in his throat, esophagus, stomach and intestines with one of the world’s most toxic drain cleaners, a lethal combination of corrosive chemicals, including bleach, used to unclog stopped-up drains in sinks and toilets. Dr. Chen could easily wind up with cancer from this.

Chen’s wife, Dr. (Emily) Yue Yu, was arrested for allegedly poisoning her husband, of 10 years, after he started noticing a chemical taste in his mouth (and lemonade) and became deathly sick with ulcers.

Though not formally charged yet, Dr. Yue Yu was arrested on suspicion of poisoning, and from the looks of the video, those charges will stick. Under Penal Code 664/187(a) in California, attempted second-degree murder happens when the perpetrator intends to kill the victim and takes direct steps towards it, but the victim does not die. Examples of the penal code include trying to poison someone to death, stabbing them or strangling them with the intent to kill, but the person survives.

In the paperwork filed with the court, Dr. Chen also alleges Emily engaged in long-time verbal, physical and emotional abuse of not just him, but of their two children. Dr. Chen has already filed for divorce, meanwhile, Emily is out of jail on $30,000 bail. She literally asked her husband to bail her out first, but he absolutely refused. Dr. Chen had his lawyer issue her a restraining order. So far, she denies any wrongdoing.

If doctors like this would POISON their own spouse, what do you think they would do to harm strangers?

“I am fearful of being in the same home and in the presence of respondent due to respondent’s recorded attempts to poison me with Drano,” reads Chen’s request for the domestic violence restraining order. Just to be sure it wasn’t somehow accidental, Dr. Chen put some plastic wrap over his glass of lemonade, and on video, his wife is taped removing that plastic, then pouring corrosives from a big jug directly into it, and then putting the plastic wrap back on.

This woman is a dermatologist. Is this how she burns off basil cells for her patients? Does she even care about human life or have any morals or ethics whatsoever? Dr. Chen says she’s abusive in more ways than one, and so is her mother, but attempted murder is a just little bit over the top, one could say.

WATCH: Three different videos from hidden cameras reveal the wife, a physician, in the kitchen with a huge bottle of liquid Drano, adding it to her husband’s lemonade. This is absolutely unbelievable. The husband has been sick for months.

Would a dermatologist with no regard for human life also engage in criminal activity at work? Could she order unnecessary biopsies, lie about the results, and prescribe toxic “medicines” for treatments? Would she? She almost got away with poisoning her husband, allegedly, but time and videotapes in court should tell the story well.

Start questioning these rogue doctors who could fly off the handle at any time. Get second and third opinions on everything, and check out natural remedies for skin issues, allergies and “cancer” spots. It’s time to check FoodSupply.news and make sure nobody, like Big Food, is putting corrosives and carcinogens in YOUR food supply!